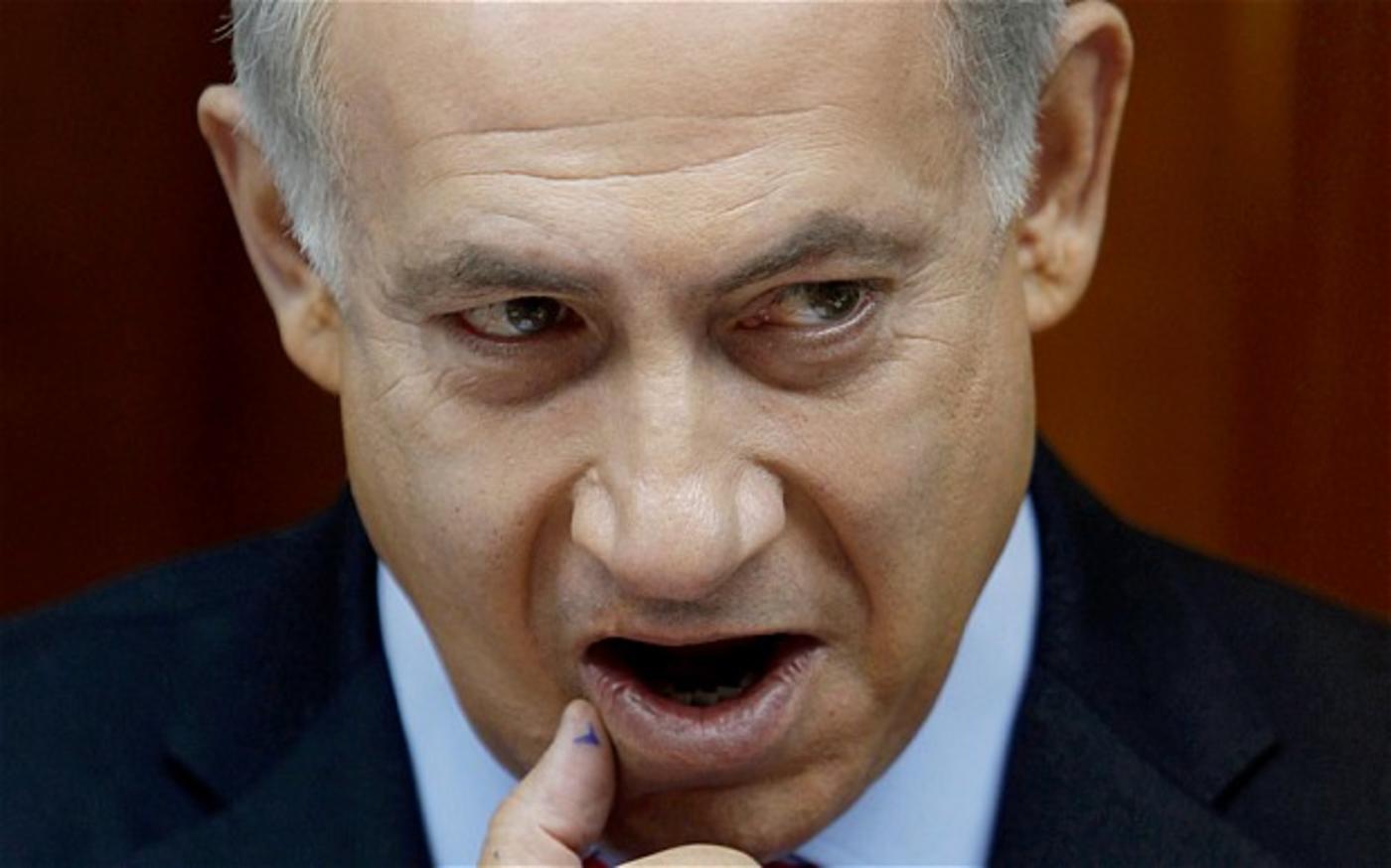 Benjamin Netanyahu has announced a plan to entirely surround Israel with a "barrier" to protect the country from Palestinians and citizens of neighbouring countries, whom he described as "wild beasts".

The Israeli prime minister on Tuesday unveiled his plan during a tour of the border with Sinai in the south of the country.

Netanyahu called the border project a part of a “multi-year plan to surround Israel with security fences to protect ourselves in the current and projected Middle East”.

“In our neighbourhood, we need to protect ourselves from wild beasts," he said.

“There will be a fence like this one surrounding Israel in its entirety. We will surround the entire state of Israel with a fence, a barrier.”

The prime minister visited a section of 18 miles of fence being built from the Red Sea city of Eilat to near where Israel is constructing a new international airport.

Israel recently said it would build a new wall along the border with Jordan.

Surrounding the entire country is expected to cost billions of dollars.

Meanwhile, the Israeli opposition leader Isaac Herzog said on Wednesday that no peace deal was possible for now and that country must begin unilaterally separating from the Palestinians to restore security.

The head of the Labour-led Zionist Union coalition said he still wanted a two-state solution, the current Israeli and Palestinian leaderships were not capable of agreement.

As a result, he proposed separating Palestinian areas on the outskirts of Jerusalem from the city itself and completing construction of Israel's separation barrier already walling off much of the occupied West Bank.

"I believe that we have to be realistic," Herzog said at a news conference to unveil a new 'security plan' for Israel after four months of violence that has killed more than 150 Palestinians and 26 Israelis.

"And I believe that reality calls right now to understand that, tomorrow, peace is not around the corner. What needs to be done is separating from the Palestinians as much as possible. This is taking our fate in our own hands."

Many of the Palestinians have been killed while attempting attacks on Israelis.

Netanyahu's "wild beast" comment on Tuesday is the latest in a long line of similar comparisons by Israeli politicians.

Ehud Barak, who served as prime minister from 1999 to 2001, compared Palestinians to a predatory reptile.

“The Palestinians are like crocodiles,” he said in August 2000. “The more you give them meat, the more they want.”

A few months after the outbreak of the first intifada in December 1987, then prime minister Yitzhak Shamir delivered a warning to Palestinian protesters in the West Bank and Gaza.

''From the perspective of thousands of years of history that they are like grasshoppers compared to us,'' Shamir stated.

In May 2015, Justice Minister Ayelet Shaked was quoted as saying that Palestinian mothers raise “little snakes”.

Calling all Palestinians as “enemy combatants”, Shaked said that “the mother of martyrs” should “follow their sons”.

“Nothing would be more just,” she said. “They should go, as should the physical homes in which they raised the snakes. Otherwise, more little snakes will be raised there.”