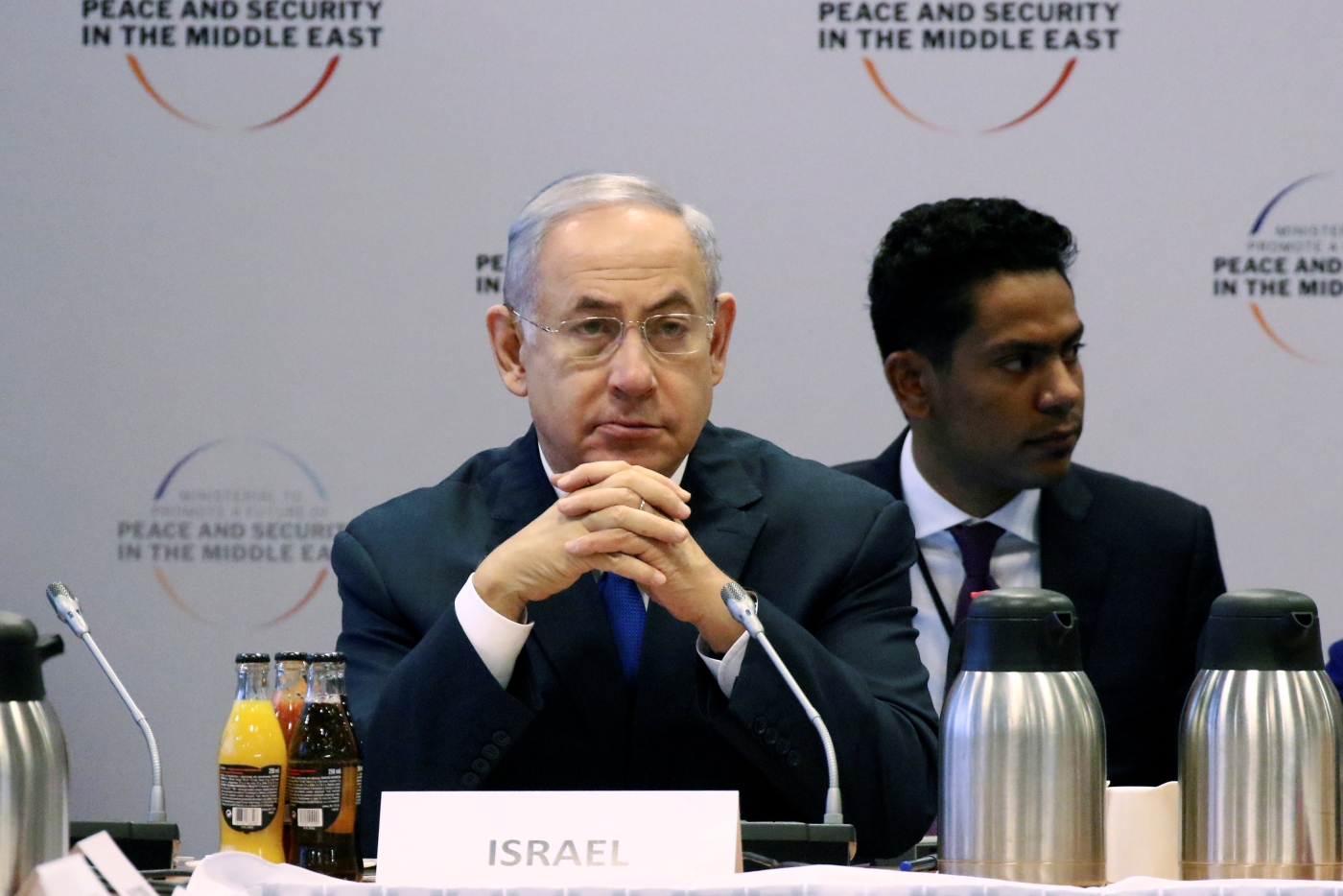 Israeli Prime Minister Benjamin Netanyahu on Thursday hailed a Warsaw meeting where he is joining Arab states as historic, saying they stood united against Iran and voicing hope that cooperation between Israel and the Arab states would extend to other areas.

"In a room of some 60 foreign ministers representative of dozens of governments, an Israeli prime minister and the foreign ministers of the leading Arab countries stood together and spoke with unusual force, clarity and unity against the common threat of the Iranian regime," he said.

"I think this marks a change and important understanding of what threatens our future, what we need to do to secure it, and the possibility that cooperation will extend beyond security in every realm of life."

At the opening dinner at Warsaw's Royal Castle, officials said that Netanyahu spoke around the same table as senior officials of Saudi Arabia, the United Arab Emirates and Bahrain - none of which have relations with Israel but all of which share Netanyahu's hawkish stance on Iran.

Israel only has diplomatic relations with two Arab states, neighbouring Egypt and Jordan.

The Israeli prime minister sparked controversy on Wednesday after his office's official Twitter account tweeted that Arab states were "sitting down together with Israel in order to advance the common interest of war with Iran".

The tweet was later deleted and replaced with the phrase "combating Iran" and the confusion was passed off as a mistranslation.

However, footage released later appeared to show Netanyahu had indeed used the phrase "war with Iran":

Before the Israeli prime minister's office tried to make it disappear down the memory hole, my colleague @TravisMannon grabbed the original video of @netanyahu saying that the goal of the #WarsawSummit was indeed promoting "war with Iran" https://t.co/95CNb6Ji6h pic.twitter.com/1Dtcr1MqYq

US Vice President Mike Pence and US Secretary of State Mike Pompeo are both attending the conference co-hosted with Poland, which is eager for strong ties with Washington in the face of the threat of Russia.

But most European powers are sending low-level representation, wary of the hawkish line on Iran pushed by President Donald Trump, who withdrew from an international accord on curbing Tehran's nuclear programme.

Pompeo called on Thursday for a new era of cooperation on the Middle East and said no country could afford to stay on the sidelines in tackling regional challenges such as Iran, Syria, Yemen and Israeli-Palestinian peace.

"The United States seeks a new era of cooperation between all of our countries on how to confront these issues," Pompeo told foreign ministers and other officials.

Pompeo refrained from directly criticising Iran and instead included it in a list of Middle East challenges, while acknowledging differences among countries on all of the issues.

"None of the region's challenges will solve themselves. We must work together for security," he said.

"No country can afford to remain on the sidelines."

Earlier, in a meeting with Netanyahu, Pompeo said peace and stability in the Middle East could not be achieved without confronting Iran.

Iran says its ballistic missile programme is defensive and a deterrent only, and that it has has deployed forces to Syria and Iraq only after the invitation of the governments of those countries.