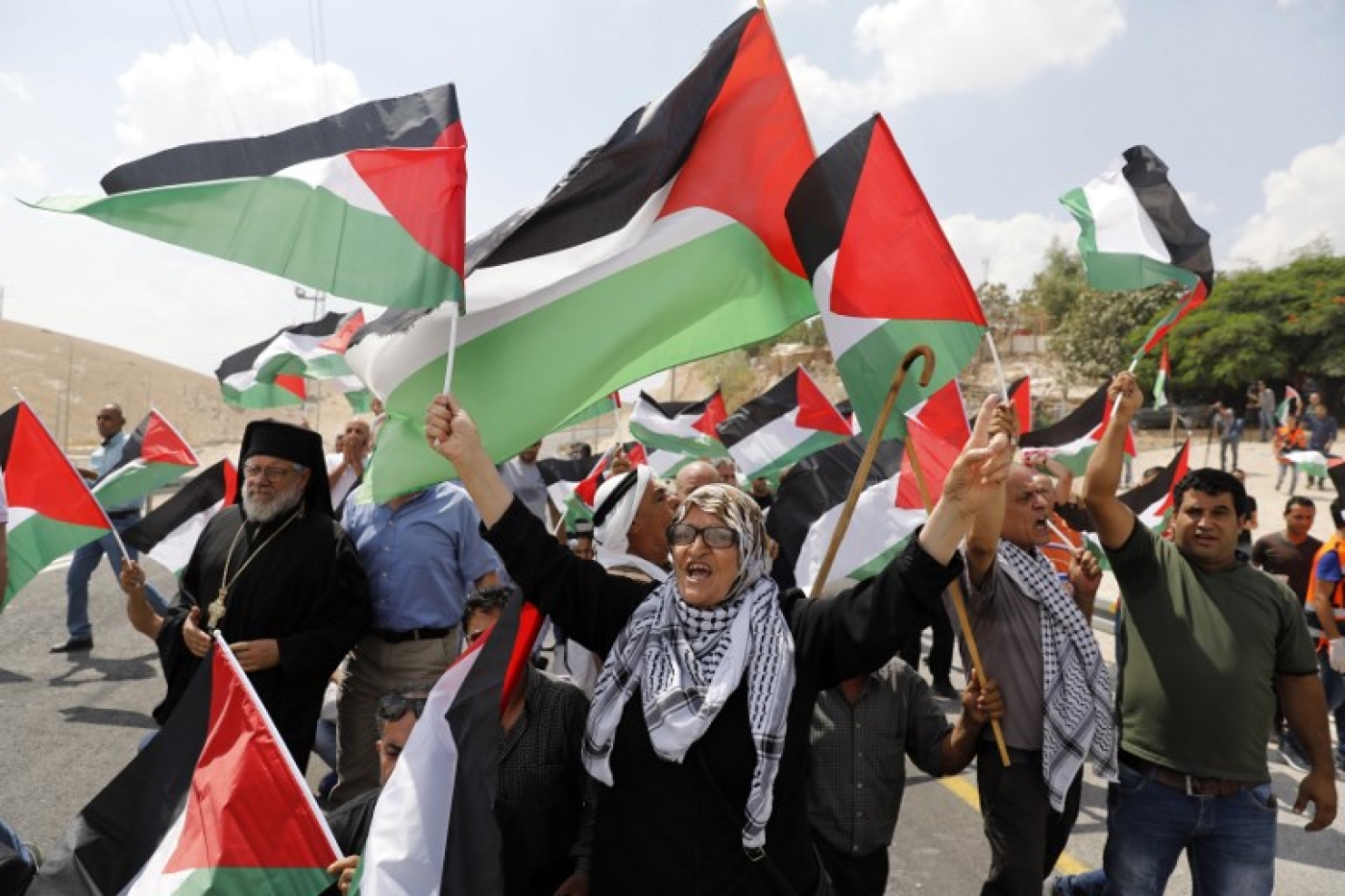 Israeli Prime Minister Benjamin Netanyahu has said he will try to ensure that the Palestinian village of Khan al-Ahmar is demolished before elections scheduled for April, Israeli media reports.

Netanyahu is said to have made the comments in a private meeting with journalists on Tuesday evening, telling them the destruction of the Palestinian-Bedouin community in the occupied West Bank “will surely help” his electoral chances.

Some of the journalists reportedly responded by clapping.

His comments come weeks ahead of elections that Netanyahu has called for seven months ahead of schedule, as the threat of criminal charges from several corruption cases hangs over his head.

Israeli authorities have threatened for years to demolish the village built on a desert hillside beside a highway that runs from Jerusalem to the Dead Sea.

They say it was built illegally, and have planned to destroy it as part of the so-called E1 plan, which would see hundreds of settlement units built to link two settlements – Kfar Adumim and Maale Adumim – with East Jerusalem.

But residents say they had little alternative but to build without Israeli construction permits as the documents are almost never issued to Palestinians for building parts of the West Bank, where Israel has full control over civilian and military affairs.

They also point out that they are only living on the land because their families were forced to leave their homelands in 1948 during the Palestinian “Nakba”, or catastrophe, when hundreds of thousands of Palestinians were displaced.

In September 2017, Israel officially ordered residents to relocate to a site 12km away, near the Palestinian village of Abu Dis and adjacent to a landfill, a move which the International Criminal Court (ICC) prosecutor has said would constitute a war crime.

Over the past two years, the village has been the site of multiple protests, particularly in reaction to frequent reports, which never materialised, that demolition was imminent.

Meanwhile, residents and their supporters have attempted to fight the plans in court, including submitting a case to the ICC.

Last month, Israel’s High Court of Justice dismissed their bid to reclaim the village, with three judges reportedly classifying the property as state land, despite the fact that it was previously owned by Palestinians.