Netanyahu links Jerusalem attack to IS. Israeli media calls him out

Israeli journalists say occupation of Palestinian land is driving terrorist attacks, and that Israel is not France or Germany 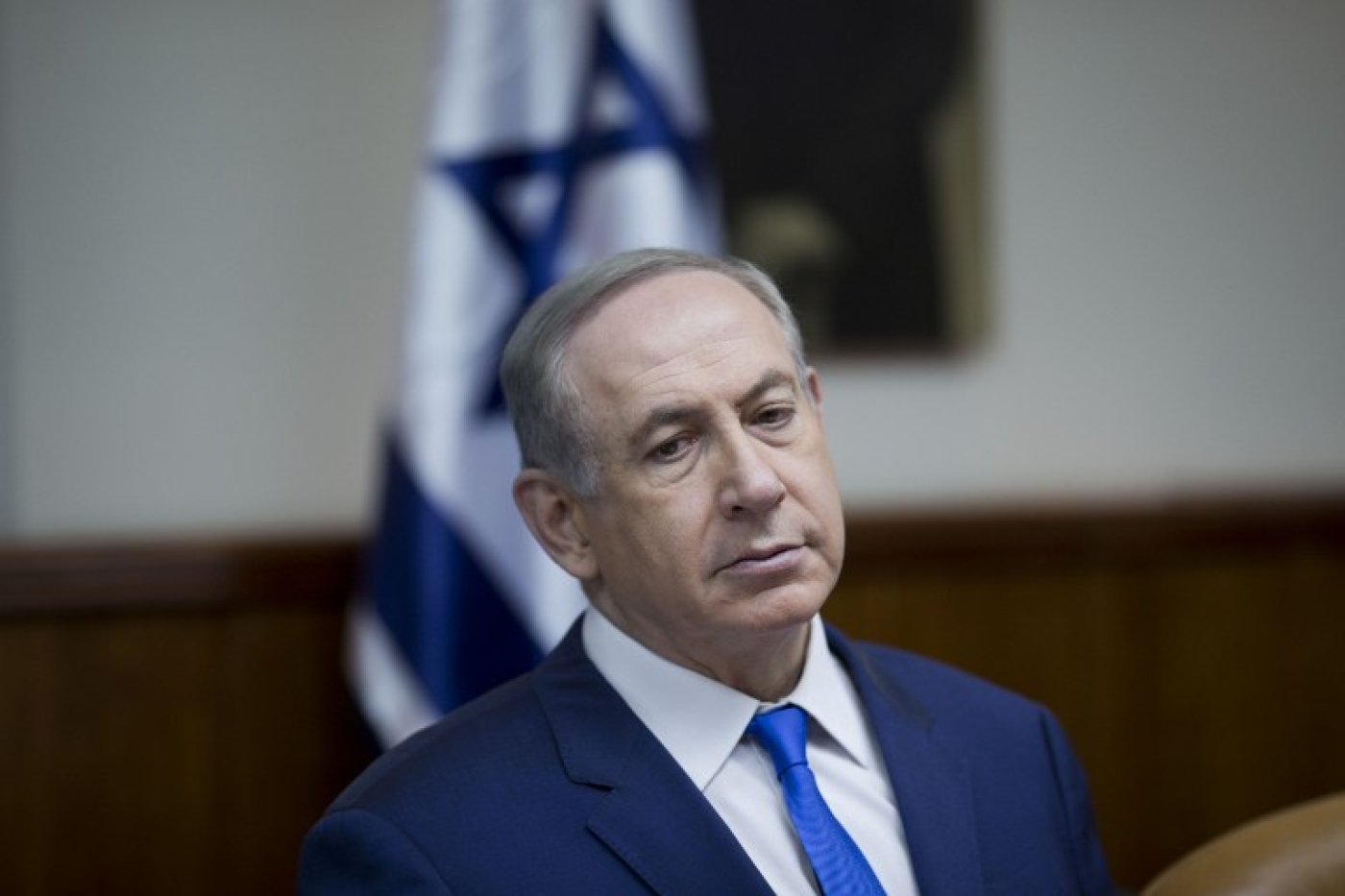 Netanyahu attends the weekly cabinet meeting at his office in Jerusalem on 8 January, 2017 (AFP)
By
MEE staff

Israeli commentators have blasted Benjamin Netanyahu for linking an attack in Jerusalem to the Islamic State group, saying the prime minister is deploying a narrative to fit Israel within the wave of attacks in the West and distracting from the occupation of Palestinian land.

A Palestinian man, Fadi al-Qunbar, on Sunday rammed a lorry into a group of Israeli soldiers near the Old City, killing four. Soon after, Netanyahu said: "We know the identity of the assailant, who according to all indications supported IS."

But writing in the Times of Israel, analyst Avi Issacharoff said it was "not yet clear what or who incited him to carry out the attack,” and that “there are no clear indications” to prove Netanyahu’s assertion.

“It is possible that Netanyahu’s statement could actually encourage IS to claim responsibility for the attack, but it is doubtful if there was any direct connection between the group and Qunbar.

“The assertion, at any rate, helps Netanyahu’s claim to the West that ‘Islamic State is here’, and the group’s claim that it has a presence in ‘occupied Palestine’,” he said.

Issacharoff put forward another theory: “For now, it appears that Qunbar acted according to the same modus operandi we have seen before in Jerusalem: a terrorist with no organisational affiliation, inspired by the news media, a mosque or social media, who carries out an attack without outside assistance.

"Afterwards, the terror organisations claim him as their own in order to ride the wave of his ‘success’."

He said the “key tension” driving these attacks was not the supposed presence of IS, but “the lack of any diplomatic prospect, ongoing frustration with the Palestinian Authority, anger toward Israel, and continued robust incitement on social media".

“All this creates a tense atmosphere, permeated with hate, that could at any moment lead to further ‘spontaneous’ attacks,” he said.

In Haaretz, under a headline titled “ISIS Attack Theory Suits Netanyahu Well, but Jerusalem Is Not Berlin”, columnist Nir Hasson wrote: "As far as the prime minister is concerned... the ISIS theory is well suited to the message he tried to convey – which is that Jerusalem, like Berlin and Nice, is just another western city dealing with brutal, uncompromising terror committed by global Islamic operatives.

“As per this message, this force of absolute evil has no motive or rationale, and has nothing to do with the occupation or any other Israeli policy.”

“Jerusalem is not Nice. Nice doesn’t have 40 percent of its residents living without civil rights, under occupation and in humiliating living conditions.

“In Nice a prime minister doesn’t announce the closure of a neighbourhood that’s home to tens of thousands of people just because one of them was a terrorist.

“Even (if) Sunday's attack was indeed inspired by ISIS, it still originated in Jerusalem and is part of the unending series of attacks the city has suffered over the past two-and-a-half years.”

He added that any potential moving of the US embassy to Jerusalem would only add fuel to the fire.

“Not far from the scene of the deadly attack is the site slated to house the new US Embassy in Jerusalem. As January 20 approaches, so do the chances of the embassy being relocated there,” he said.

“Such a move could well add a little more fuel to the fire that has been burning in the city for over two and a half years.”

Dan Cohen, another Jewish journalist, took to Twitter to criticise Western media for parroting Netanyahu’s narrative, and claimed the prime minister was attempting to use the attack to further repressive policies against Palestinians.

As western media propagandizes attack on Israeli soldiers in Jerusalem, ensuing "revenge" attacks on Palestinian civilians will be ignored