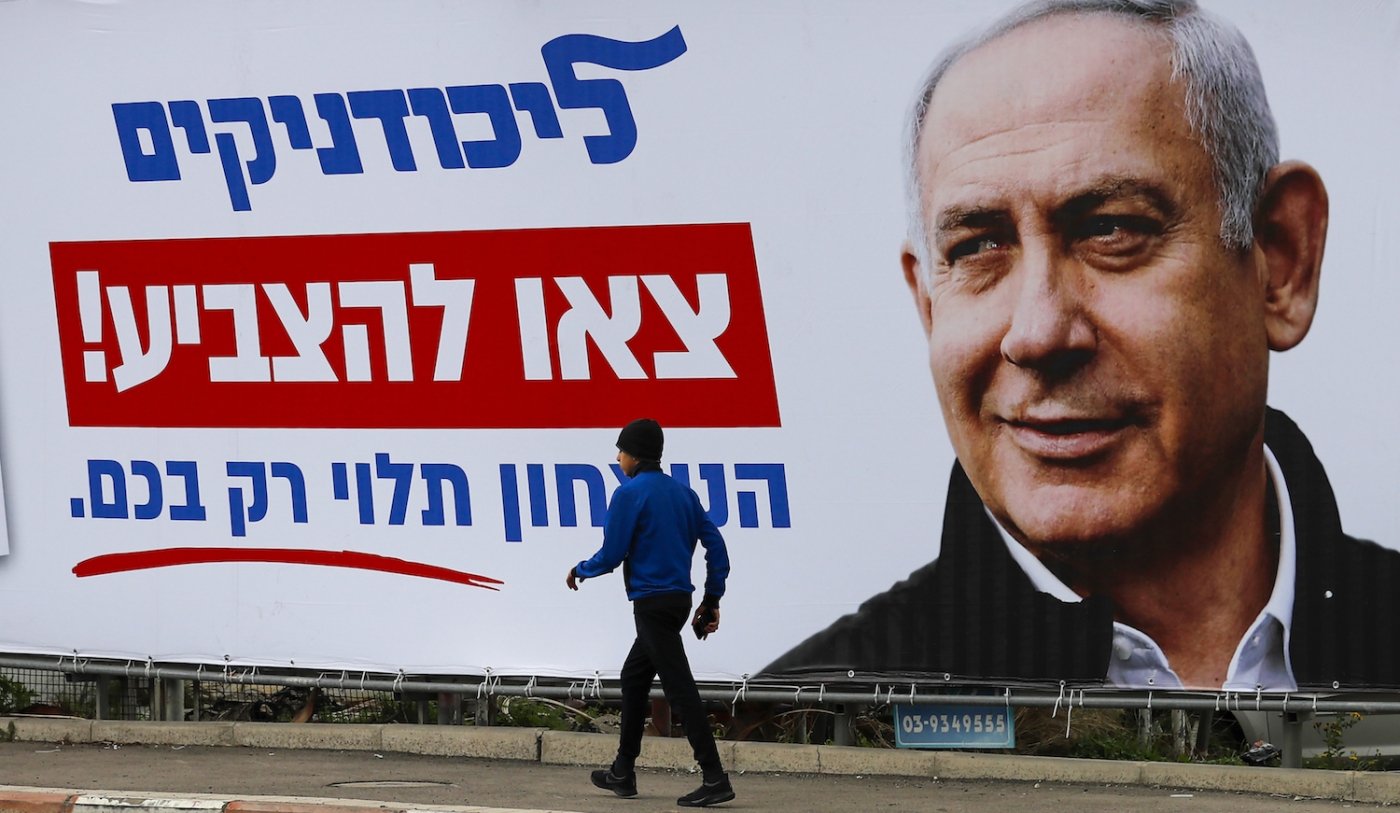 Ahead of next week's general election, Israeli Prime Minister Benjamin Netanyahu has promised to press ahead with the controversial E1 project and build thousands of settler homes in West Bank (AFP)
By
MEE and agencies

Israeli Prime Minister Benjamin Netanyahu announced on Tuesday that he planned to authorise the construction of some 3,500 homes for Jewish settlers in one of the most sensitive areas of the occupied West Bank, a project frozen after international criticism.

Critics have said the plan would effectively split the West Bank in half, isolate East Jerusalem from Palestinian communities in the West Bank and force Palestinians to make even lengthier detours to travel from one place to another while illegal settlements would be able to expand.

"This had been delayed for six and a half years… I have given instructions to immediately publish for deposit the plan to build 3,500 housing units in E1,” Netanyahu said in a speech on Tuesday, days before a tight general election in which the right-wing Likud party leader is seeking to shore up backing from settlers and their supporters.

Last week, Netanyahu announced a plan to add 2,200 units to the Har Homa settlement "despite objections from the entire world", as well as the approval to build a new settlement with several thousand homes in Givat Hamatos, next to the mainly Palestinian East Jerusalem neighbourhood of Beit Safafa.

Palestinian Authority (PA) President Mahmoud Abbas criticised Netanyahu's move as being designed to win votes ahead of elections on 2 March.

Netanyahu is trying to secure his re-election at what will be the third vote in less than a year.

Polls indicate another close race between Likud and the Blue and White party of former general Benny Gantz, with neither bloc expected to win an outright majority.