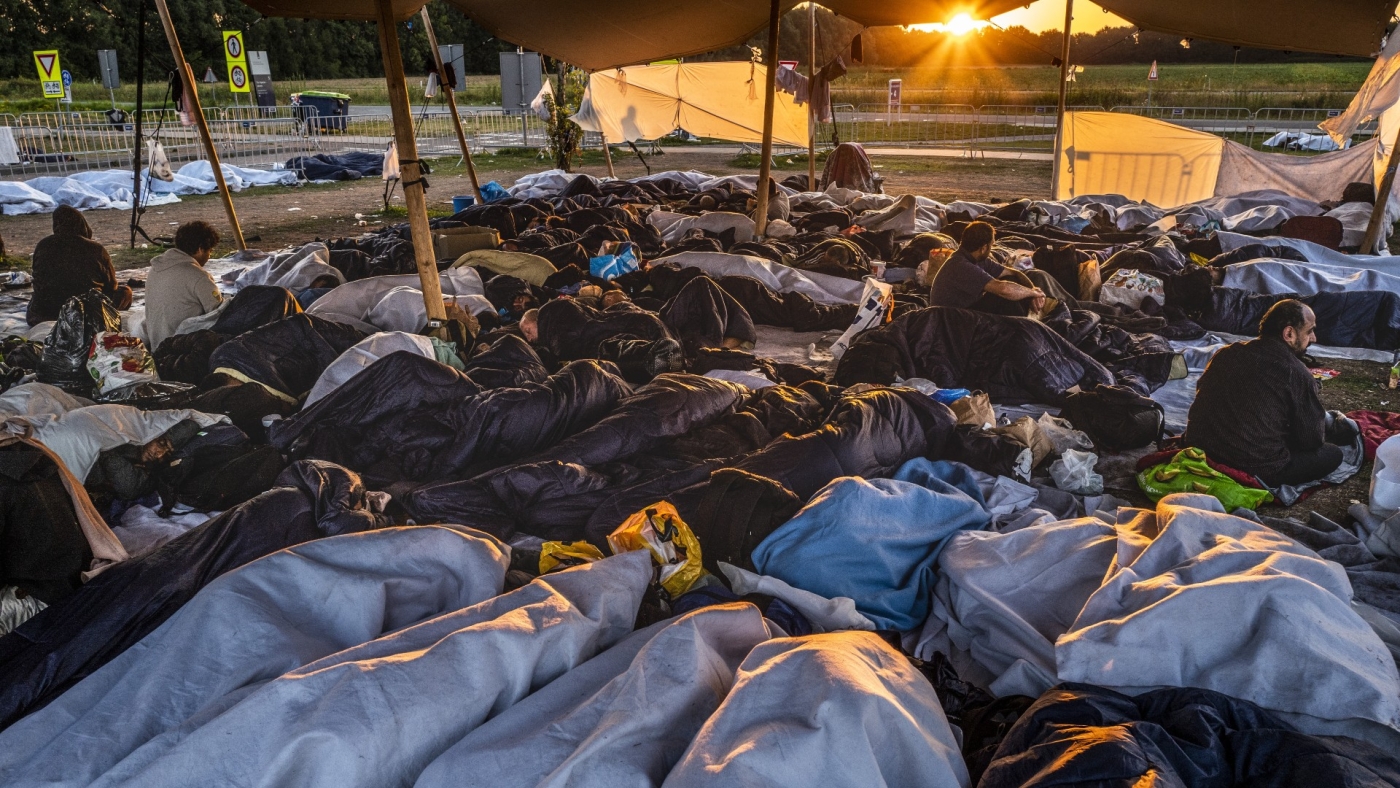 Hundreds of asylum seekers were evacuated late on Friday from the Netherlands' main asylum centre, where overcrowding and harsh conditions have been described as "humiliating" and "inhumane".

More than 700 people have been sleeping in the open for days at the facility in the northern town of Ter Apel, prompting Doctors Without Borders (MSF) to send in a team to assist with medical needs.

It marks the first time MSF, which is mostly active in poorer nations, has worked in the Netherlands.

"Several hundred people were taken by bus late last night to other reception locations across the country," Leon Veldt, spokesman for the Dutch government's refugee organisation COA, told AFP on Saturday. "We hope to slowly normalise the situation at Ter Apel."

Dutch Prime Minister Mark Rutte said there were "shameful scenes at the centre" and admitted to mistakes being made, promising a "structural solution".

His government announced a number of measures on Friday to deal with the crisis, including opening more centres and a new registration location at a military base.

It also pledged to temporarily suspend accepting 1,000 asylum seekers annually under an EU migrant deal with Turkey, and only bring over the families of successful asylum applicants once they have confirmed housing in the country.

Earlier on Friday, Middle East Eye spoke to asylum seekers at the centre who said they were forced to sleep on muddy ground because they could not get access to safe shelter due to overcrowding.

"We don't want money, we only want to sleep,'' one asylum seeker, who spoke on condition of anonymity, told MEE.

"After all the suffering we've been through, we've experienced three storms, our clothes got wet from the rain," a Palestinian refugee said. "That alone had me go back to [the Nakba] 1948."

The Nakba, or "the catastrophe", is the name Palestinians give to the massacres and forced expulsion they endured at the hand of Zionist militias in 1948.

The asylum seekers at the facility come from several countries, including Syria, Nigeria, Palestine, Morocco, Eritrea and Tunisia.

"I regret that I came to Europe... if I knew it was this undignified and humiliat[ing],"  a  Kurdish refugee told MEE. "We are living like dogs. I've been here for 10 days and I have not even had one shower yet.” A Syrian asylum seeker at the facility said: "If there is a process, it should be applied to all.

"We fled from corrupt countries. We didn't come here for the same treatment."

Earlier this week, the Dutch government opened an investigation into the death of a three-month-old baby by "unknown causes" at a sports gymnasium in Ter Apel.

The gymnasium had been converted into an emergency shelter after the main refugee centre ran out of room. MSF described the conditions as "inhumane", with no showers and no clean toilets.

MSF nurse and midwife Ruth Kauffman told MEE that many people at Ter Apel had run out of medication for chronic diseases.

"We had to send three people to the hospital by ambulance for heart conditions and diabetes," she said.

"We have a lot of people who have skin infections from being outside, infected wounds, respiratory tract infection, and gastrointestinal problems." Refugees
Refugees protest against delayed applications in the Netherlands 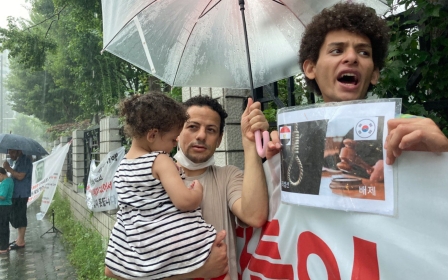