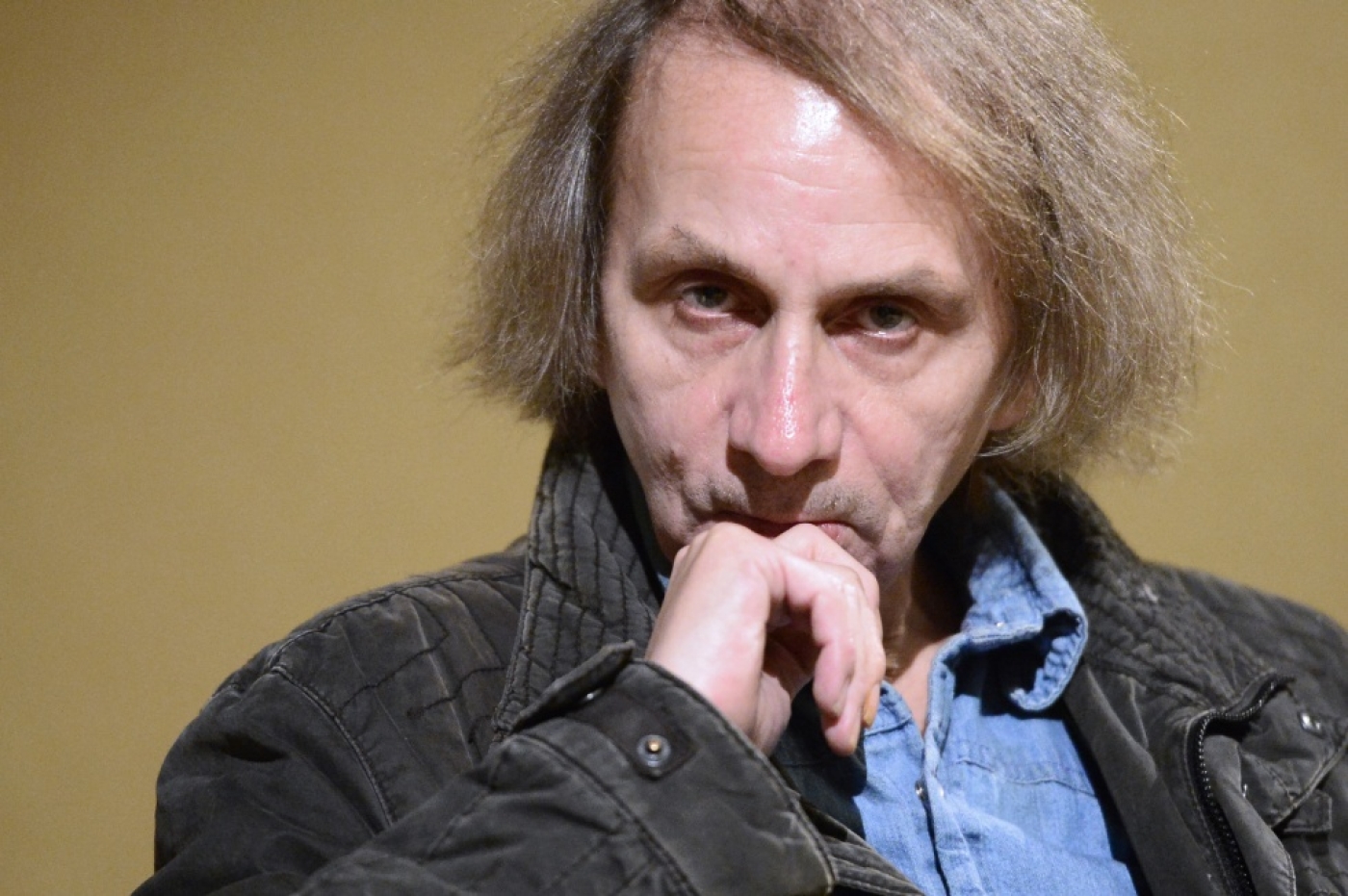 The novel, "Soumission" ("Submission"), is guaranteed to become an instant bestseller because of its author: Michel Houellebecq, a star French writer who has found worldwide fame with cynical works portraying an imploding society with dry humour and graphic sexuality.

But its concept - of an Islamic government emerging from 2022 French elections ditching traditional parties for the far-right National Front and a new Muslim Brotherhood-styled party - touches on real-life themes already simmering in France, Britain, Germany, the Netherlands, Sweden and other EU nations.

An influx of mostly Muslim immigrants, many fleeing conflicts in Syria, Sudan and elsewhere, at a time of European economic malaise has increased Europeans' fears that their cultures are under assault and strengthened the hand of anti-immigrant far-right parties.

"Soumission" conjures up a France where a Muslim president takes power and establishes Sharia law under which women are made to wear veils and are excluded from jobs, and the Sorbonne University is renamed the Paris-Sorbonne Islamic University.

It's a "political fiction, a satire," Houellebecq told France Inter radio on Wednesday.

"There's a real disdain in this country for all the authorities... You can feel that this can't continue. Something has to change. I don't know what, but something," he said.

It matters little that Houellebecq himself has admitted to the Paris Review that the book's scenario is "not very realistic", at least not for "several decades". Despite that, it has already become a hot talking point.

French President Francois Hollande told France Inter on Monday, "I'll read it because it's creating debate," but carefully stressed that it was just "literature" and "the idea of submersion, of invasion, of submission is an old idea".

But others see "Soumission" filling the sails of Europe's far-right.

The head of France's National Front, Marine Le Pen, told France Info radio on Monday that while the book was fiction, "it's a fiction that could one day become reality".

Edwy Plenel, who runs an influential online news website, Mediapart, told AFP that Houellebecq - who he said had "a hatred of Islam" - was peddling "future nightmare scenarios".

"Why is Mr Houellebecq, who is a novelist, becoming a political event? Why would it be on national TV news? Why should he be treated as the spokesperson for a political idea? This should simply be a literary topic discussed in literary circles," Plenel railed.

The French Republic 'is dead'

The initial print run in France for "Soumission" is 150,000 copies, a significant number for the country's market. German and Italian translations of the book will be released mid-January. No date has yet been given for the English-language version.

Houellebecq is clearly enjoying the attention his sixth novel is getting, although he states that he is politically "neutral" in the debate surrounding it.

"Today, atheism is dead. Secularism is dead. The (French) Republic is dead," he told the French news magazine L'Obs in an interview to be published Thursday.

He argued that France's Muslims could very well soon start their own political movement because they reject the ruling Socialists' progressive policies such as gay marriage, and feel threatened by centre-right politicians "who want to kick them out".

Studies show that the majority of Muslims in France traditionally vote Socialist, according to studies by Vincent Tiberj, an expert at Paris's Science-Po university. But in local elections last year that boosted the National Front, many Muslims - indeed many in France - spurned Hollande's centre-left party.

France has been grappling in recent years with how to integrate its Muslim population -- the biggest in Europe and estimated at up to 10 percent of the country's 65 million inhabitants, or around five percent of the electorate.