Baroness Falkner, named this week as chair of the Equality and Human Rights Commission, has hosted parliamentary events for the neoconservative Henry Jackson Society 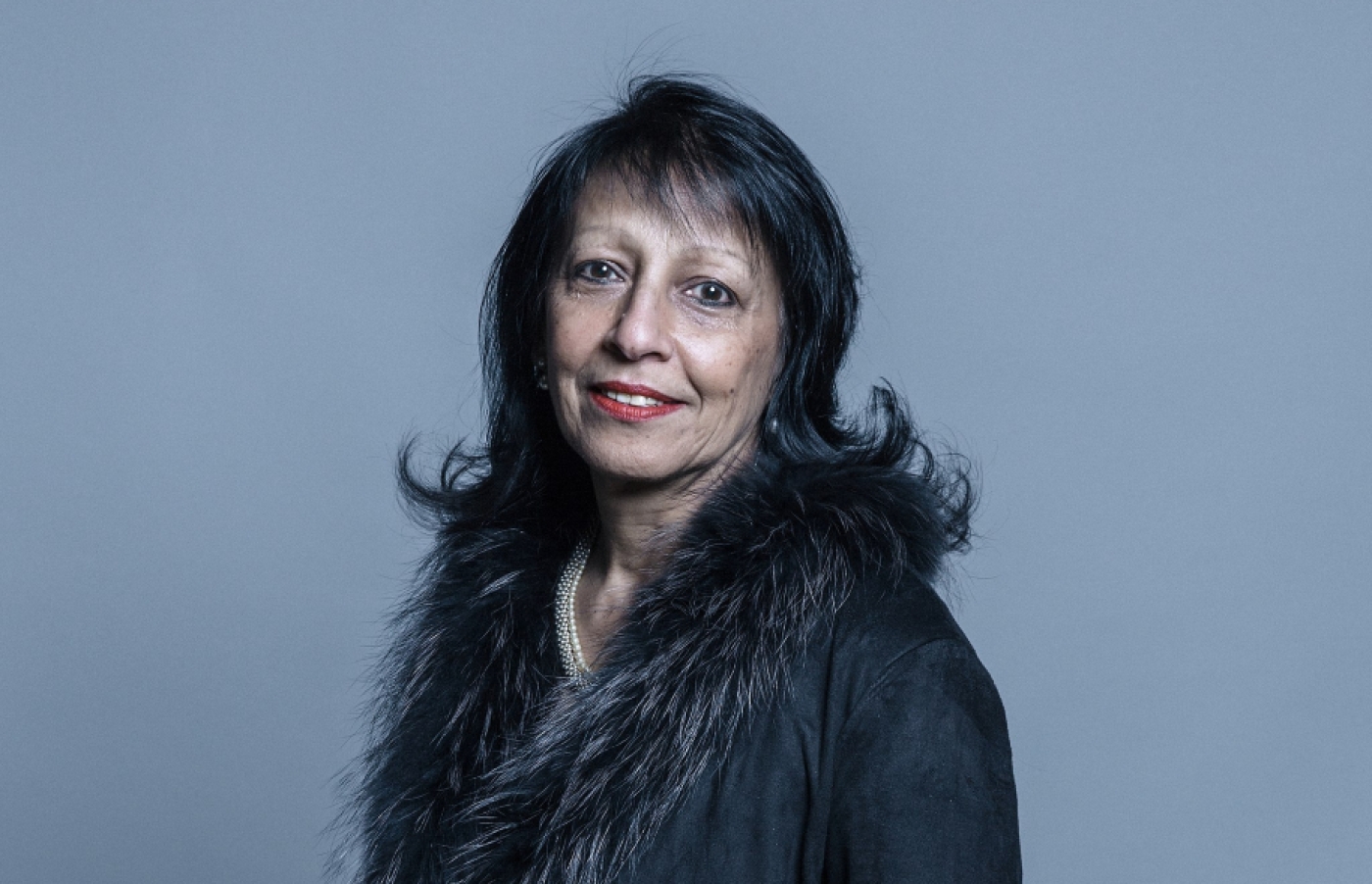 The new chair of the Equality and Human Rights Commission (EHRC), the UK's equality watchdog, has actively campaigned against a definition endorsed by hundreds of Muslim organisations describing Islamophobia as a distinct form of racism.

Kishwer Falkner, a member of the House of Lords whose appointment was confirmed by the government on Tuesday, has described anti-Muslim public sentiment as "understandable" because of its association with "violent religious extremism, terrorism and... sex grooming gangs".

Baroness Falkner, who describes herself as a secular Muslim, has hosted a number of parliamentary events on behalf of the Henry Jackson Society, a controversial neoconservative think-tank that has been accused of stoking Islamophobia.

Falkner's appointment comes with the government already facing criticism from equality and anti-racism campaigners over its recent selection of David Goodhart and Jessica Butcher as EHRC commissioners. 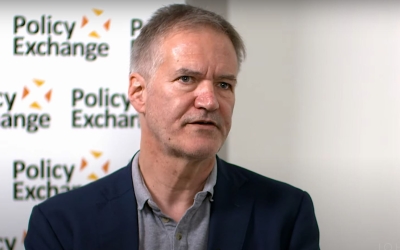 As first reported by Middle East Eye, Goodhart heads an immigration research unit at the right-wing Policy Exchange think-tank and has written in support of the government's "hostile environment" policies which the EHRC last week ruled had broken equality law.

Butcher, a tech entrepreneur, has described feminism as "obsessed with female victimhood" and has disparaged the MeToo movement, drawing criticism from gender equality campaigners.

Another EHRC commissioner, Alasdair Henderson, is currently being investigated by the watchdog for "liking" or sharing social media posts critical of Black Lives Matter protesters and describing the words misogynist and homophobe as "highly ideological propaganda terms".

Falkner has been in the forefront of opposition to efforts by MPs and Muslim advocacy organisations to lobby the government and public bodies to adopt a widely accepted definition of Islamophobia.

The definition, proposed by the All Party Parliamentary Group (AAPG) on British Muslims, states that "Islamophobia is rooted in racism and is a type of racism that targets expressions of Muslimness or perceived Muslimness".

According to Wes Streeting, the Labour MP who chairs the APPG on British Muslims, it has been endorsed by 650 Muslim organisations. It has also been widely adopted by Labour, the Liberal Democrats and other political parties, as well as by a number of local councils and universities.

However, Falkner has said she does not believe that a definition is necessary, arguing that existing hate crime laws should be used to protect Muslim communities.

She has questioned whether Islamophobia should be treated as a separate form of racism, suggesting that it confuses "a religion (a question of belief) with a race (an immutable characteristic)".

In a parliamentary debate on the APPG definition in 2018, Falkner said the definition risked perpetuating a "narrative of victimhood" in Muslim communities. She also criticised the APPG report making the case for the definition for being "entirely silent on Islamism and political Islam". 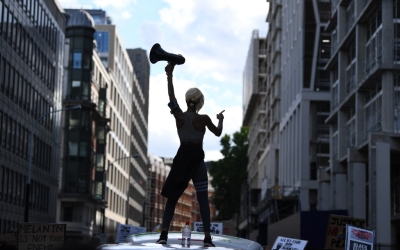 "So while there is reference to incidents of hate crime and Islamophobia spiking after a terrorist incident, or after sustained negative media coverage of Muslims, the report does not contextualise those rises against the broader backdrop of the portrayal of Islam as being problematic due to Islamism," she said.

In written evidence submitted as part of an inquiry into Islamophobia by the home affairs select committee in 2019, Falkner said it was "hardly surprising" that there was more wariness about Muslims than other groups.

"Our association with violent religious extremism, terrorism and more recently sex grooming gangs, combined with the much greater religiosity of Muslims and the somewhat more separate lives many of us lead compared [with], say, Hindu Indians, makes that greater wariness understandable if not inevitable," she wrote.

Asked while subsequently giving evidence to the committee whether she believed any definition could be used to challenge Islamophobia and racism, Falkner replied: "Probably not, because politics is about disagreement."

Falkner, who was born in Pakistan and came to the UK in 1976, is a former Liberal Democrat home affairs spokesperson who now sits as an independent peer in the House of Lords, having split with the party over her support for the UK's departure from the European Union.

She was a member of the then-Labour government's Taskforce on Tackling Muslim Extremism, set up in the aftermath of the 2005 London bombings that killed 52 people.

In an article in the Independent newspaper written after those attacks, Falkner said it was "evident there are some who conflate justice for the Muslim ummah with justification for murder," adding that "the boundary between these apologists and the mainstream is not always clearly identifiable".

Falkner has hosted several events in parliament on behalf of the Henry Jackson Society (HJS), including a talk on security threats in the "post-ISIS environment" in 2018 and a panel discussion on the "social and economic integration of British Muslim women" in 2019. 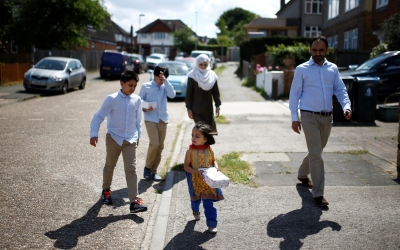 Other HJS events she has chaired have focused on the crackdown on human rights in Hong Kong and the political crisis in Venezuela.

The Henry Jackson Society describes itself as a think-tank "working across borders and party lines to combat extremism, advance democracy and real human rights".

It has been accused of "demonising British Muslim communities" by the Muslim Council of Britain, an umbrella group representing hundreds of Muslim organisations in the UK, and it has been criticised for links to the so-called "alt-right" white nationalist movement in the US.

In 2017, Alan Mendoza, HJS executive director, and Douglas Murray, then an associate director, both spoke at a far-right conference in the US organised by the David Horowitz Freedom Center, which is considered an extremist organisation by a leading hate monitor, the Southern Poverty Law Center.

Investigative website Declassified UK also revealed that the group had donated thousands of pounds to mostly Conservative politicians, including Priti Patel, the home secretary, and Michael Gove, the cabinet secretary and a former HJS director.

The EHRC has faced criticism from Muslim organisations over its failure to investigate the Conservative Party after the Muslim Council of Britain in 2019 submitted a dossier of hundreds of alleged instances of Islamophobia by party members, although it did investigate complaints of antisemitism in the Labour party.

Responding to MEE's request for comment shortly after this story had been published, an EHRC spokesperson said: "Baroness Falkner has no direct involvement with the Henry Jackson Society and is not a member, so to suggest otherwise is misleading. We have a strong track record of holding government to account and promoting equality and human rights across a range of issues, including work on religion and belief and racial inequality.

"As set out in the Equality Act, commissioners are appointed by the government of the day. All our board members bring a wealth of experience and have a strong track record of working on equality and human rights and corporate issues.

"Baroness Falkner's knowledge, experience and leadership, as well as her long track record of defending human rights - most recently of Muslims in China - will be an invaluable asset to us as we continue our ambitious programme of work."

Falkner has campaigned against the involvement of Chinese telecoms firm Huawei in the UK's 5G mobile network citing human rights concerns about Beijing's persecution of its Uighur Muslim minority.

Asked to clarify the EHRC's position on the APPG definition of Islamophobia, the spokesperson said: "Muslims in Britain face unacceptable hostility and it is right we build understanding of the nature of the issues they face and debate what more can be done.

"We all have the right to hold religious beliefs and to practise them in ways which do not infringe the rights of others. The Equality Act and criminal law protect Muslims, and people perceived to be Muslim, from discrimination, harassment, violence and hatred."

Announcing Falkner's appointment on Tuesday, Liz Truss, minister for women and equalities, said she had been chosen via an independent selection process.

“I look forward to working with our vibrant and dedicated partners to deliver meaningful outcomes to enhance and enforce the protections we all hold so dear.”

"Baroness Falkner's experience and commitment to equality means she's an excellent candidate to take forward the important work of the EHRC," said Truss.

"I look forward to working with her as we seek to deliver the government's levelling up agenda, making sure that all corners of the country have equal access to opportunity."

Falkner's appointment has been endorsed by parliament's human rights and women and equality committees.

But the committees expressed concern that she did not appear to recognise the seriousness of what they described as an "unacceptable" under-representation of Black people on the EHRC board, and had told them in evidence that "no human rights are absolute".

"We would like her to communicate more clearly in future on the human rights and equalities laws," the committees said. 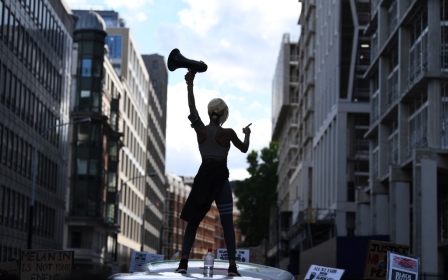 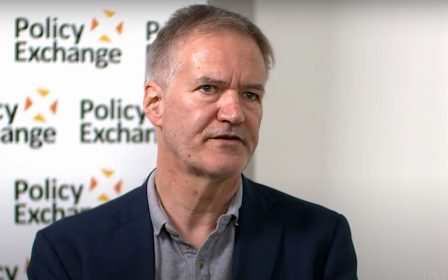 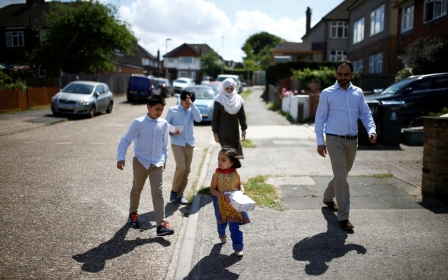