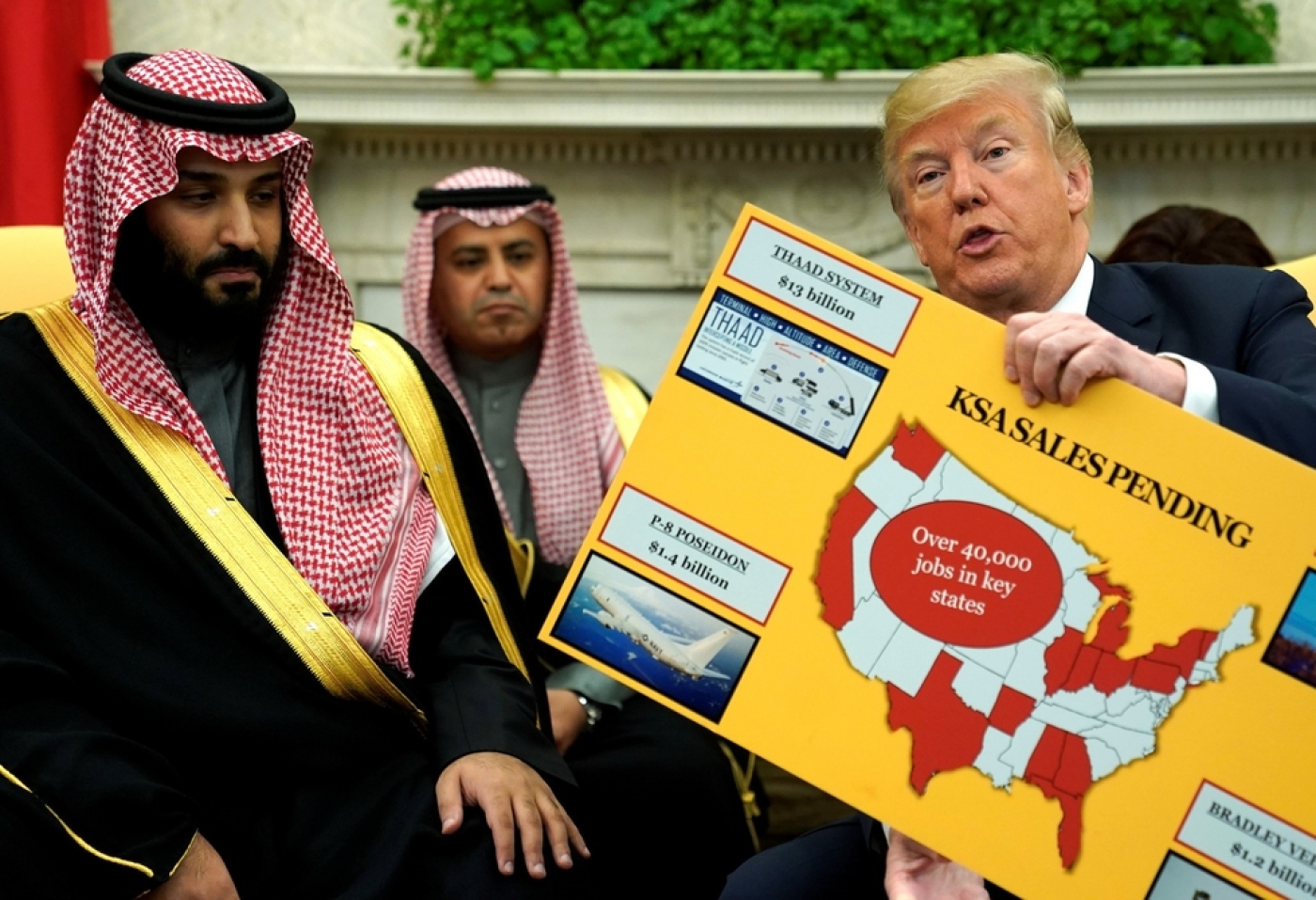 LACONIA, United States - It’s maple sugaring season in New Hampshire’s Lakes Region. The snow is melting, turning the ground to mud, and syrup makers are busy boiling tree sap in shacks out in the forest.

The rest of the world can seem far away here. Boston, the nearest major city, is two hours away by car and international stories rarely grace the front pages of local newspapers.

It's not the kind of place you’d expect to come across propaganda supporting a repressive Middle Eastern autocrat. But shoppers at the nearby Walmart recently may have seen just that: a 97-page, ad-free magazine titled "The New Kingdom," devoted to promoting Saudi Arabia’s crown prince and de facto ruler Mohammed bin Salman, priced at $13.99.

“Our Closest Middle East Ally Destroying Terrorism” boasts one headline on the cover. “Improving Lives Of His People & Hopes For Peace” declares another. A banner at the top proclaims: “The most influential Arab leader transforming the world at 32.”

When the Saudi crown prince, who is also known as MBS, travelled to the United Kingdom earlier this month, he was greeted by his own face plastered over billboards, newspaper advertisements and even on taxis, amid a massive public relations blitz.

As MBS tours the US, efforts to promote him have been more subtle, but seemingly more widespread as the kingdom hopes to woo a sceptical American public amid a strengthening of ties with the Trump administration.

The magazine obtained by Middle East Eye in rural New Hampshire is available at 100,000 outlets nationwide, according to its publisher, American Media Inc (AMI), which also publishes the National Enquirer.

Known for its headlines about Hillary Clinton’s impending death and how Ted Cruz’s father was connected to the assassination of John F Kennedy, the National Enquirer is a salacious tabloid found at most supermarket checkout lanes in the country.

Who is behind the magazine?

The language used is fawning and constantly praises MBS.

“As you will learn in these pages, Crown Prince Mohammed bin Salman’s vision for a modern Saudi Arabia is opening up a new future for the desert kingdom,” reads one article. “His social reforms - focusing on the greater role being played by women and the younger generation - will change the way the country is seen by others and the way it sees itself.”

There is no mention of the Saudi-led war in Yemen, nor of how MBS stands accused of detaining Lebanon’s prime minister Saad Hariri in November and forcing him to resign.

The arrests of royals and businessmen as part of MBS’s purge is looked at as an efficient anti-corruption measure, despite the allegations of torture and use of the crackdown as a means to consolidate power.

There is only one Saudi Arabia shown in the magazine: the Saudi Arabia where the crown prince is giving women rights they previously did not have; the one that is a close ally of the US, that is working to diversify its economy away from oil, that foreign tourists may soon be allowed to visit, even without adhering to the strict public dress codes enforced in the country.

Despite the clear agenda in the magazine, both its publisher and the Saudi Embassy in Washington say it is not connected to the Saudi government in any way.

“Publishing this Special Interest Publication was a business decision made by AMI in an effort to capitalise on a topical and timely event,” he said. “AMI saw this as a unique opportunity to capitalise on the attention surrounding the Crown Prince’s visit to the US and the growing interest and curiosity in Saudi Arabia.”

“AMI's only revenue from this product will come from newsstand sales,” he added.

Replying to a tweet about the magazine, senior advisor at the Saudi Embassy in Washington Faisal bin Farhan denied his government's involvement.

“Neither the embassy nor any other part of the government commissioned this and we don’t know who did. If you find out, we’d love to know,” he wrote on Saturday. “We are genuinely curious.”

Saudi dissident Ali al-Ahmed, who heads the Washington-based Institute for Gulf Affairs, is unconvinced by the Saudi Embassy’s denial. He claims that a source at the embassy leaked an electronic version of the magazine to him last month, saying that it would soon be sold in stores.

“The source said: ‘I can’t believe these people - they think anybody will pay for it?’” said al-Ahmed.

Al-Ahmed was able to supply Middle East Eye with the electronic version of the magazine he acquired.

But there are other reasons to be sceptical of the motivations behind the magazine as well.

The magazine’s stories do not carry bylines and seem to largely rely on quotes gathered from other news sources. But its authors did interview and quote one person: Kacy Grine, who is identified as an adviser to Prince al-Waleed bin Talal, a renowned international investor and one of the royals jailed in MBS’s purge.

On Grine’s public Instagram page is a photograph of Grine meeting with David Pecker, AMI’s CEO.

“Amazing time with David Pecker” reads the caption of the photo, which was taken in Los Angeles last May. “#FriendsWithExperience”

Another Instagram post appeared to show the article he was interviewed for on an internal AMI website. In several Instagram posts from the White House, Grine states that he’s working on Saudi-US relations. In July 2017, he posted a picture with President Donald Trump in the Oval Office.

AMI and the National Enquirer are also far from being politically neutral.

Pecker, the AMI CEO, has described himself as a personal friend of Trump and the National Enquirer firmly backed Trump’s campaign.

The National Enquirer has also been implicated in “catch and kill” tactics to protect the president from scandals, paying the president’s accusers for exclusive rights to their story, only to never publish their accounts.

In his trips to the UK and the US - his first since consolidating power as Saudi Arabia’s de facto leader - MBS has sought to change perceptions of his country and push the line that he is a liberal, modernising force.

But that is a difficult challenge: according to a February poll conducted by Gallup, 55 percent of Americans have an unfavourable view of Saudi Arabia.

Those pushing the crown prince's agenda, for whatever reason, seem to be adjusting their tactics as they go.

The flurry of MBS posters in London for his visit there earlier this month was mocked and no similar spectacle happened in the US. Instead, in the US, Saudi Arabia and its supporters have taken a different approach.

Beyond the magazine, other outreach attempts appear more organic, like MBS’s interview with an adoring 60 Minutes correspondent and a meeting with Trump, who heaped praise on him despite attacking Saudi Arabia throughout his presidential campaign.

Combined with the circulation of a propaganda magazine dressed up to look like a real publication, the effect has been one where friendly stances on Saudi Arabia’s crown prince are easily encountered by the average American this month.

The 60 Minutes interview on 19 March, which was criticised for being too friendly to the crown prince, had 10 million viewers. On the programme, interviewer Norah O’Donnell praised bin Salman as an emancipator of women, workaholic and reformer, without pushing hard on the war in Yemen, human rights or the royal purge.

And at the White House, Trump embraced MBS, describing US-Saudi relations as the best they have ever been, a message that likely reached many Americans.

When Trump and MBS spoke to the public from the Oval Office last week, the mood was jovial and Trump did not seem to have any disagreements with the kingdom.

The Saudi leader, speaking directly to the American people - and appearing with Trump - could have some influence over public opinion. But al-Ahmed, the Saudi dissident, views the more organised and conspicuous Saudi public relations campaigns - like the magazine’s publication and the billboards in London - as a waste of the kingdom’s money.

He added that the Saudis are "surrounded by charlatans" who are selling them a "pipe dream" about improving their image.

“In a way, they are like an insecure person with body image [problems],” al-Ahmed said. “Because they spend so much money on this for no apparent reason.” 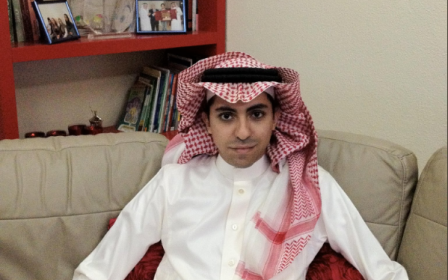 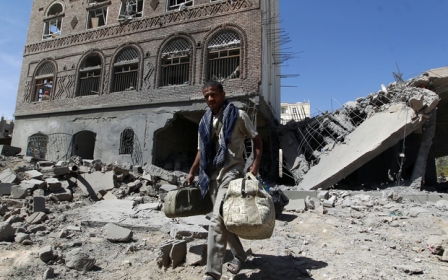