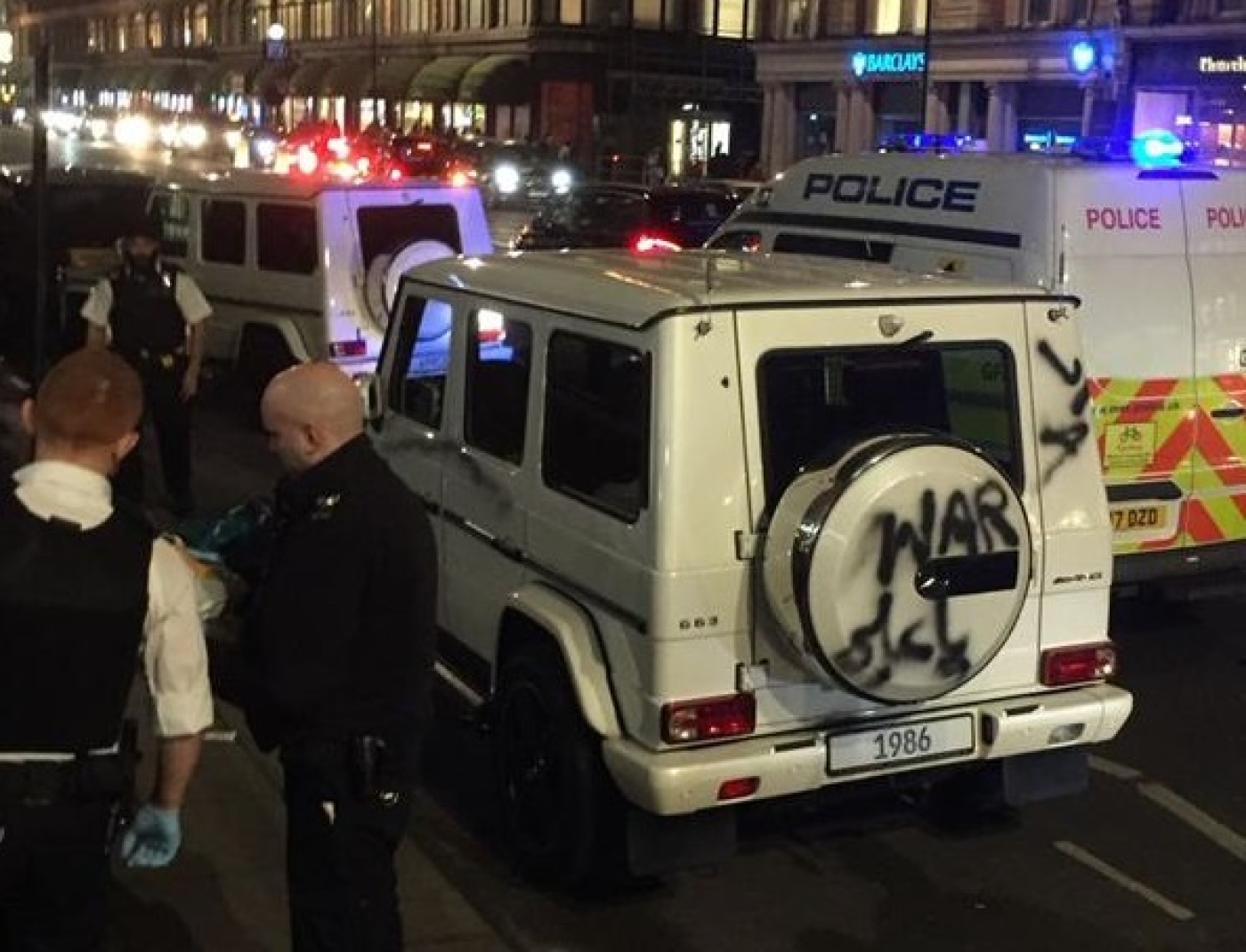 A man has been charged with assault and criminal damage after a driver was attacked and a luxury car thought to be Saudi-owned was vandalised with "war" slogans in the rich west London neighbourhood of Knightsbridge.

Adnan Musa Basim, 24, faced magistrates on Monday after his arrest on Saturday over the "tagging" of a Mercedes four-wheel drive, and an alleged attack on a driver on Brompton Road near the Harrods store. He was also charged with possession of class B drugs.

The altercation comes after a spate of graffiti attacks which appeared to target Saudi-plated cars parked in nearby areas.

Images published on social media show several expensive Mercedes-Benz cars in Knightsbridge and Sloane Square with 'War' tagged on their boots and doors.

"I parked the car for a minute," said a man heard in a video of a defaced Maybach - Mercedes' luxury brand - parked on Sloane Square. "Look what the son-of-a-bitch did."

"Ya Ali", a reference to Shia Islam, was also spray painted on some of the cars.

Many on social media interpreted the incidents, which came on the eve of the third anniversary of the Saudi-led military campaign in Yemen, as an act of protest.

Ala Nuseibeh, a resident of Sloane Street, told Middle East Eye that he opposes the war and the Saudi blockade on Yemeni, but was shocked by the graffiti.

"Vandalising cars is wrong and scary as it will spiral out of control," he said. "Unfortunately, other civilised methods [to stop the war] are not working."

"It's a war that has one loser: the innocent."

It might be a protest against the war, but you can't do this. This is not the Middle East. This is London

Faz Patel, a community cohesion advisor based in Lancashire, said he learned about what had happened from friends in Saudi who are planning to visit soon.

"They were asking me are they safe to come to London," said Patel. "They were shocked and appalled with what happened."

"It might be a protest against the war, but you can't do this. This is not the Middle East. This is London."

A spokesman for the Metropolitan Police said: "Police were called at 7.30pm on Saturday, 24 March to reports of an assault and criminal damage on Brompton Road.

"Officers arrived at the scene to find the victim, a 31-year-old man, suffering from a head injury - a vehicle was also damaged.

"A 24-year-old man was arrested at the scene for grievous bodily harm and criminal damage. He was further arrested for possession of a class B drug.

The police said the man was charged with common assault, racially aggravated criminal damage and possession of a class B drug.

The statement named the accused as Adnan Musa Basim, 24, of no fixed abode. He faced Westminster Magistrates Court on Monday. 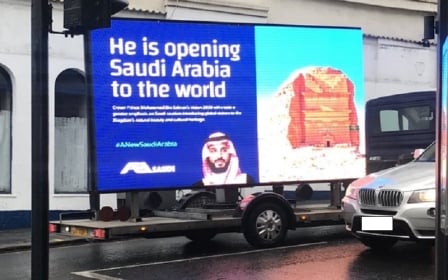