Opposition activists have criticised the construction, a week after opposition leader jailed for four years 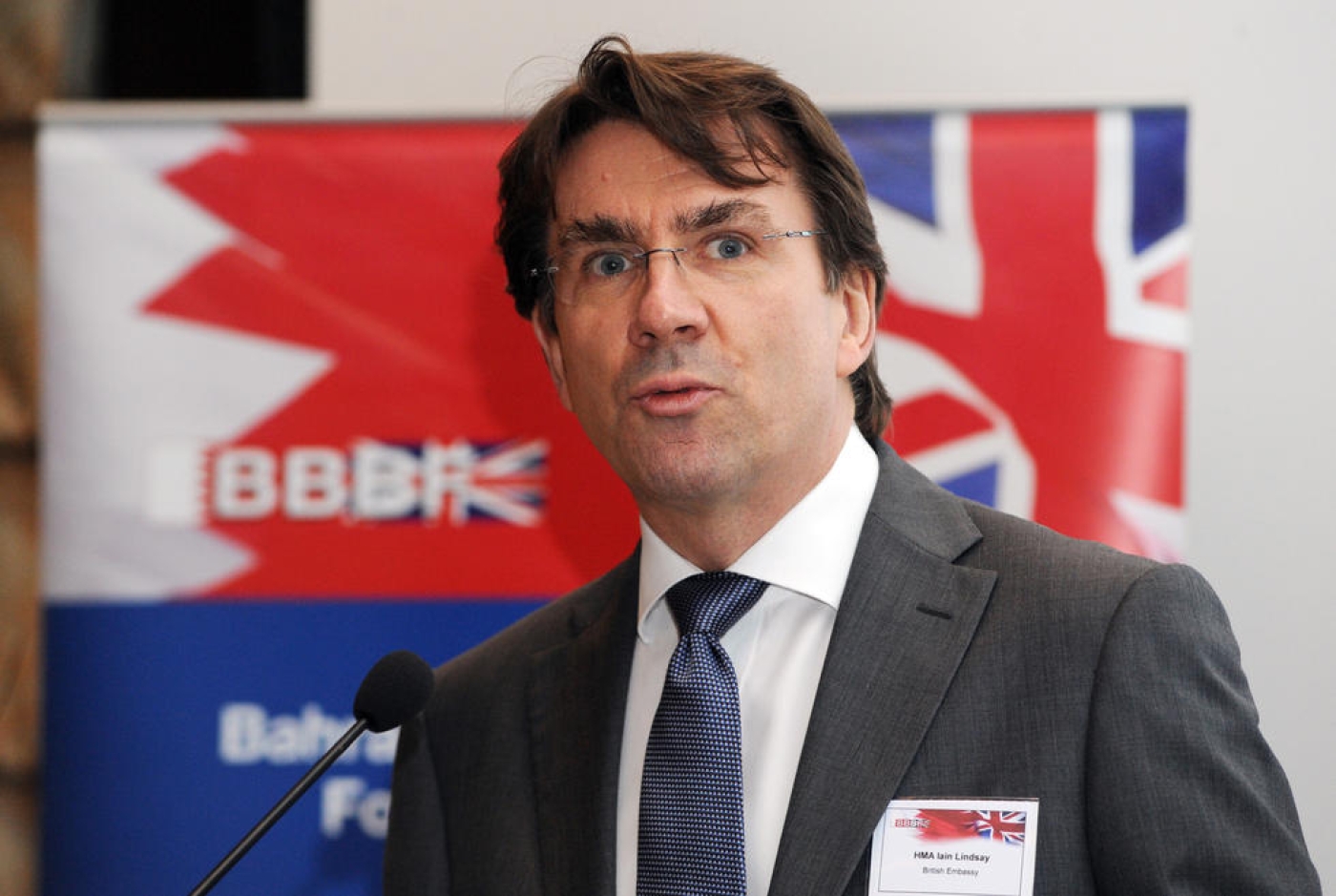 The UK’s new naval base in Bahrain will be named after a previous naval base the UK maintained in the country during colonial times, according to Iain Lindsay, the UK’s ambassador to Bahrain.

In a speech to the Bahrain British Business Forum on Wednesday, Lindsay declared that the new base will be named HMS Juffair, after a previous base that was established in the tiny Gulf state in 1935, and announced that the tender for construction of the new naval facilities had been issued.

"We hope that construction work will start in September with a view to an official opening of the new base in the autumn of 2016, a fitting tribute to 200 years of bilateral relations and also to the generous support of His Majesty King Hamad and the Bahrain Defence Force,” he said.

A report in the Telegraph states that the base will cost £15 million, and will upgrade facilities currently used by four British minehunter vessels working in the Gulf. According to Ambassador Lindsay, the UK has at any one point "1,650 military personnel, Type 45 destroyers, Type 23 frigates, four minesweepers, eight Tornado aircraft and three Merlin helicopters" in the Gulf, which will be supported by the new base.

Opposition activists in Bahrain have been critical of the UK’s move, criticising the decision to increase strategic and political cooperation with the government in Bahrain at a time when they say there is a crackdown on freedom of speech and human rights activists in the kingdom.

Last week Ali Salman, leader of the main opposition al-Wefaq party, was jailed for four years on charges of inciting disobedience and hatred.

On Friday John Horne, a campaigner with Bahrain Watch, described choice of name announced by Lindsay as "cynical".

"Naming the base HMS Juffair after its colonial era-predecessor is yet another brazen gesture by the British government to celebrate a legacy of repression that it should properly be ashamed by," he told Middle East Eye.

"It is a cynical act of symbolism, intended to further ties with the Al-Khalifa regime, whose previous leader pleaded 'Why? No one asked you to go!' when Britain withdrew its forces in 1971."

Penny Mordant, the UK's Minister for State for the Armed Forces, travelled to Bahrain on Monday to open separate new British naval facilities at the Mina Salman Port.

The UK’s relationship with Bahrain has lasted for almost 200 years, going back to treaties made with the House of Khalifa in the early 19th century, including a maritime agreement in 1820.

"I am happy to say that the relationship is as strong as ever – perhaps even stronger," he said at the first International Windsor Endurance Festival at Windsor Great Park. "We have the closest co-operation across a wide range of activities and especially in the field of defence, where we are each seeking to expand the British presence in our country to mutual advantage. To that end we signed a new Defence Cooperation Accord in October last year.

"You have kept the door open to all sides in what was a very difficult and sometimes unclear situation. Your engagement and your help in police reform and judicial reform, and your direct engagement with the leadership of the Kingdom of Bahrain and with members of the opposition, has saved lives, and for that I will be personally eternally grateful. Thank you.”

Britain’s support for the colonial-backed government in Bahrain has led to long-lasting resentment - activists are still trying to force the UK government to release information on the abuses that occurred during crackdowns against anti-colonial movements in the country.

In late May, a group of activists failed in their attempts to declassify sections of a report detailing a discussion between a British official and Ian Henderson, a former colonial officer and security adviser to the Bahraini government, "on the grounds that international relations could be damaged were it to be released,” according to the Foreign Office.

Henderson, known as the ‘Butcher of Bahrain’ to some locals, was notorious for his heavy-handed approach to dealing with dissent and was also the prime mover in suppressing the Mau-Mau Uprising in Kenya in the 1950s.

Bahrain continues to be rocked by protests and - in spite of proclamations to the contrary by British and Bahraini officials - opposition activists continue to be arrested and jailed.

“The grim truth is that the UK has only gotten closer to Bahrain in the past five years, and it is set to become even closer yet,” said Sayed AlWadaei, director of advocacy at the UK-based Bahrain Institute for Rights and Democracy, writing for Middle East Eye.

“The UK has carefully positioned itself as a 'critical ally' of Bahrain since the Arab Spring events in 2011, but it very quickly forgot what that means.”