Will the No Ban Act become another dead bill in Mitch McConnell's 'legislative graveyard'? 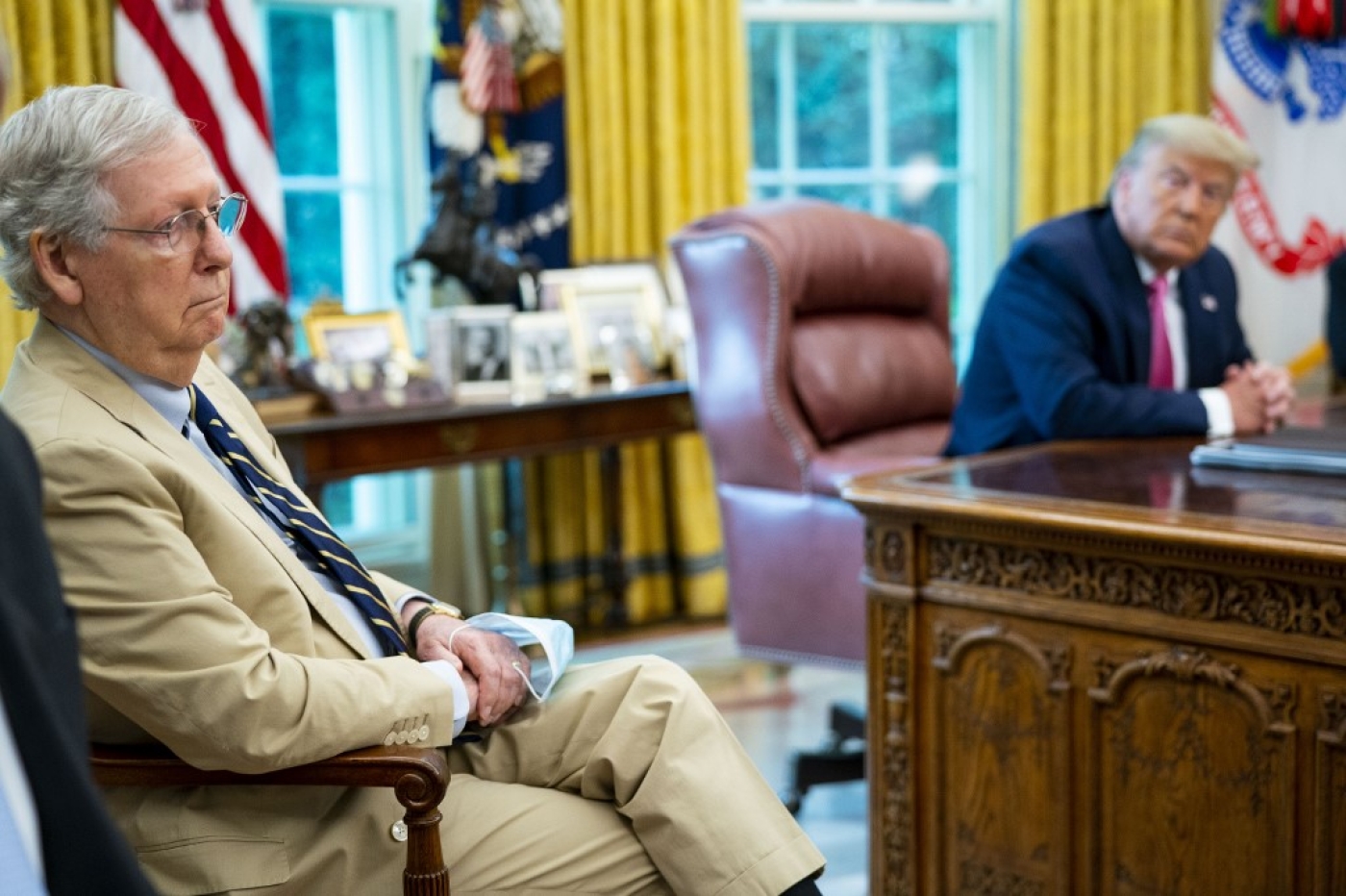 The US House of Representatives passed a historical piece of legislation last week, dubbed by some as the US's first-ever Muslim civil rights bill. But the legislation stands little to no chance of becoming law under the current congressional leadership.

On Wednesday, the US House of Representatives passed the No Ban Act, which would repeal Donald Trump's "Muslim ban" and limit the president from imposing future restrictions based on religion.

With 233 in favour and 183 against, the passage of the bill in the Democrat-controlled House sent a strong message about the party's stance on immigration, but it now faces a transfer to the Republican-controlled Senate, leading many to call the vote largely symbolic.

Mitch McConnell, who has been the Senate Majority Leader since 2015, has refused to even allow debate on hundreds of bills passed by the Democrat-led House. As of February, 395 bills were being blocked by Senator McConnell, gaining him the nickname "Grim Reaper" from House Speaker Nancy Pelosi, who has called his desk a "legislative graveyard".

"They've been on full leftwing parade over there," McConnell said earlier this year. "Trotting out all of their leftwing solutions that are going to be issues in the fall campaign. They're right. We're not going to pass those."

Lawmakers have objected to McConnell's refusal, saying the legislation should at least be brought up for debate, whether or not the Republican-controlled Senate plans to pass them.

"At this moment in history there are many things that ail our Nation. We are combating a deadly global pandemic, protesting centuries of systematic racism and oppression and speaking up about the prevalence of gun violence in our communities," Senator Bob Casey told Middle East Eye.

"The role of the legislative branch is to draft, debate and pass legislation that confronts these issues and more," Senator Casey said, pointing out that the House has passed legislation to help with each of those problems, but McConnell has chosen to block them.

"Majority Leader Mitch McConnell should allow the Senate to debate and vote on these important bills immediately," Casey said.

Most recently, the House passed the No Ban Act, a bill that would have barred the executive branch from banning people from entering the US on the basis of any religious affiliation.

Democrats insist the legislation is not partisan, but simply expands existing anti-discrimination immigration law to protect religious preference, something they say would typically be supported by the Republican party under normal circumstances.

"The idea that there's any member today who would oppose adding religion to protected groups is pretty remarkable, and to consider that it comes from those on the right who hold up religious liberty often is profoundly confusing," Maya Berry, executive director at the Arab American Institute, told MEE during the House vote last week.

The ban that the House was trying to overturn bars all immigrants and travellers from Muslim-majority Iran, Libya, Somalia, Syria and Yemen. Venezuela and North Korea have also been added, as have Sudan, Tanzania, Nigeria, Eritrea, Myanmar and Kyrgyzstan. 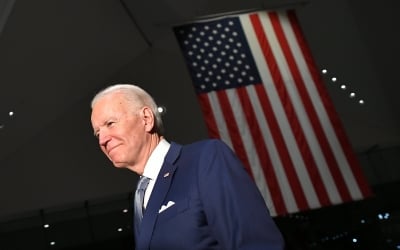 While the bill has little chance of being signed into law under the Trump administration, Democratic presidential candidate Joe Biden has said that, if elected president, he would remove the ban "on day one".

Lawmakers have also taken particular objection to McConnell's blocking of legislation to restore the Voting Rights Act, which has been on his desk for more than 225 days.

To combat McConnell's refusal to bring up the bill, last week Senate Democrats introduced a similar piece of legislation named after civil rights icon John Lewis, a member of Congress from Georgia who recently died.

"The House already passed the companion to the John Lewis Voting Rights Advancement Act in December. Now we must do our part. We cannot claim to honour the life of John Lewis if we refuse to carry on his life’s work. Or worse, if we stand in the way of that work," Senator Patrick Leahy said of the bill.

Senator Sheldon Whitehouse, one of the co-sponsors of the bill, told MEE that McConnell's refusal to bring up legislation is particularly worrying given the current nationwide upheaval brought about by racial justice protests and the coronavirus pandemic.

Lawmakers have complained that while House legislation dies on McConnell's desk, he has gone into overdrive pushing through Trump's judicial appointments.

"More than 400 House-passed bills await action in the Senate," Whitehouse told MEE. "From coronavirus response to climate change to voting rights. Instead of bringing them up for votes, McConnell is advancing judicial nominees he knows will deliver reliably for Republican donor interests."

Since Trump took office in January 2017, he has appointed and the Senate has confirmed 197 Article III federal judges. Only President Jimmy Carter, with 228 during his one-term presidency (1977-81), had more confirmations.

Trump has also appointed more Court of Appeals judges than any other presidency.

McConnell has lauded his partnership with the Trump administration to fast-track judicial appointments, telling Fox News in February that his job is "to try to set the priorities".

"I have felt that the judiciary was our most important responsibility," McConnell said.

"We’ve done now 51 circuit judges in three years. It took President Obama eight years to do 55. I think changing the court system, putting in place men and women who believe their job is to actually interpret the law as it is written, is the most important long-term thing we can do for the country and yes, it’s my top priority," he said. Such federal judges are appointed for life.

US Politics
US Democrat senators introduce bill to restrict sale of F-35 jets to UAE
US Politics
'Affinity for dictators': Top Senate Democrat slams Trump's foreign policy record
US Elections 2020
'We don't have much of a choice': Florida's Muslim voters disenfranchised by both parties 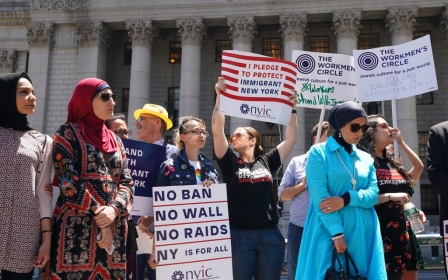 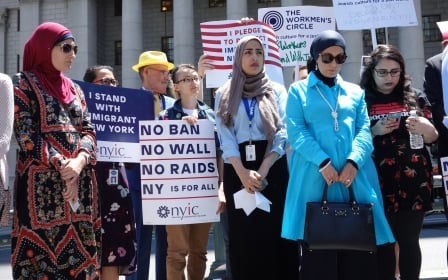