A quarter of a million elderly struggle to survive on charity alone through Yemen's war, and the country's few nursing homes are targets for attack 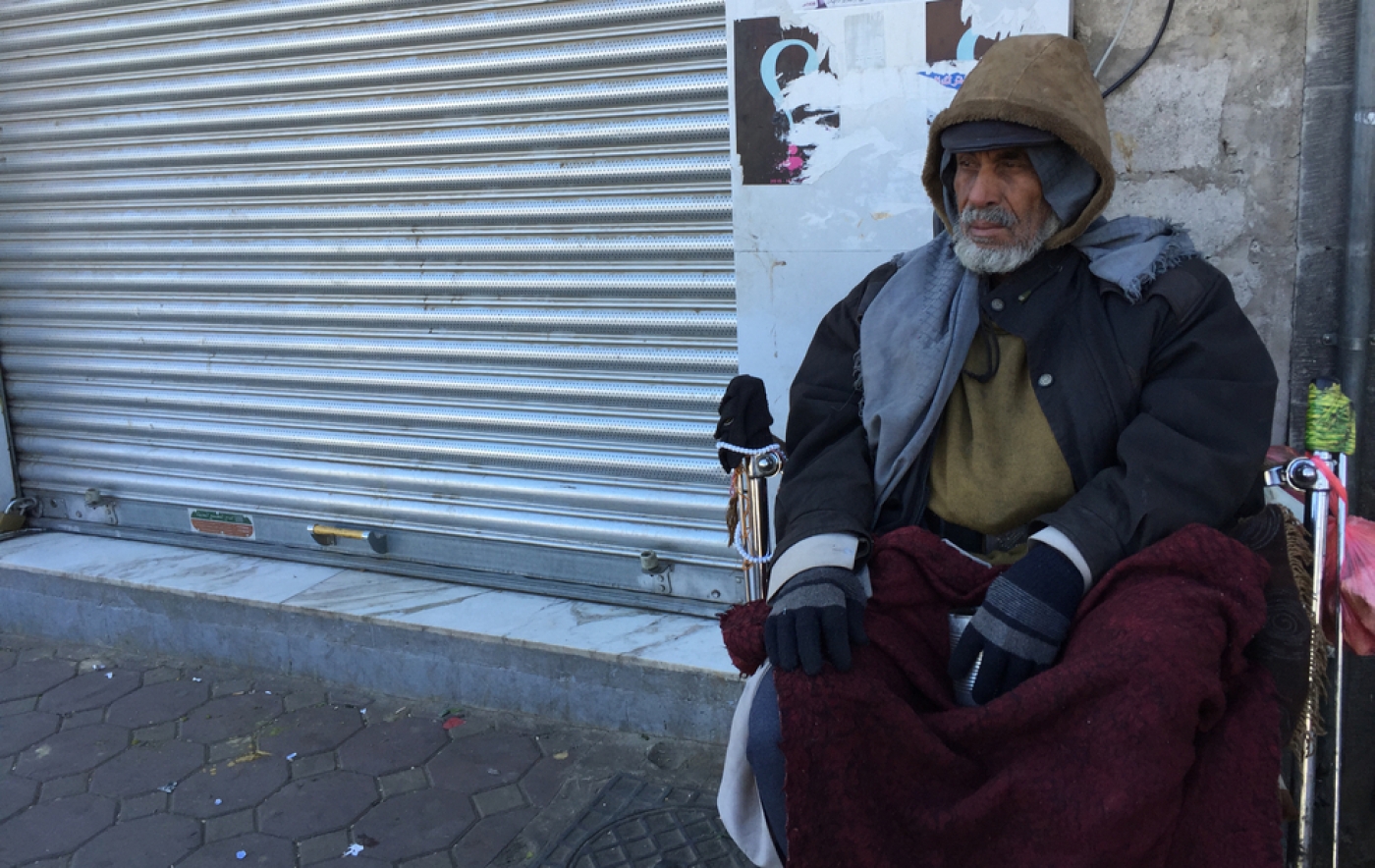 YEMEN - Ahmed sits in his wheelchair opposite the Mother Teresa nursing home, begging for money from passers-by in the street on a frigid morning. He is destitute after his sons Abdullah and Abubakr lost their jobs due to the war, moved away and enlisted for money.

The nursing home, where a Catholic charity provides care for fewer than 100 people, is the only one of its kind for hundreds of miles, and one of only four in the whole of Yemen. Its future is uncertain after militants killed 16 carers, including nuns, in an attack in Aden on Friday. The killers reportedly gained entry by telling staff they were visiting their mother.

Speaking before the attack, Ahmed, a proud man in his 60s, said the home was his only hope. In Yemen, extended families are responsible for their elderly relatives; the government provides no pension and offers no medical assistance.

But family bonds are fraying fast as war wreaks havoc on the economy and its people.

"I do not have anyone to help me in my life, and I am a disabled man, so I tried to join Mother Teresa's home but they refused," he told Middle East Eye. "They told me that the centre is full. They refuse anyone with relatives, even if they are old and disabled like me.

"My only hope in this life to join the nursing home, as there are good people will take care for me, and there I can be comfortable."

Instead, Ahmed begs every day before returning to a small room provided by another charity. The money he scrapes together is not enough. Were it not for his neighbours' help with food, he would most probably starve.

He is one of an estimated quarter of a million elderly Yemenis facing the same fate, according to government sources spoken to by MEE.

Walid faces the same problems with his father Abdullah. The 33-year-old lost his job as a car salesman when the war broke out and found it difficult to care for his father's kidney disease. But there is no room for him at Mother Theresa's.

"The home is the best place for old people, and the foreigners there take care for the old people, but they refuse to accept people who still have sons," he told MEE.

The Mother Theresa home says it is overwhelmed with requests for assistance, and its governor, who did not wish to be named, said it had to stop receiving people last year.

"The police send us people they have found in the street who have no relatives. But the home simply does not enough space for all of them."

Even before the attack in Aden, the safety and security of its residents was clearly a concern. The governor refused requests to enter the home and speak to residents.

The government knows all too well of the desperate conditions the elderly face during a time of war, but it does nothing to help. There are no state homes, and there is no budget for the elderly, a Ministry of Social Affairs source told MEE.

"When the Ministry of Social Affairs tries to apply to the Finance and Planning Ministries, they refuse the application and say that the government depends on charities to help old people."

The source added that there needed to be at least one state home for the old people in each province, and at least four for each of the larger cities.

Adding to the problem is the fact that the Mother Teresa organisation is a Christian charity operating in a Muslim country.

Conversion is a crime punishable by death in Yemen, and even association risks suspicion and attack by groups such as the Islamic State (IS) and al-Qaeda.

As shown in Aden, an attack for which the UN has indeed pointed the finger at IS, such homes still cannot guarantee a safe or comfortable life for Yemen's elderly.

Al-Qaeda was quick to distance itself from the attack, saying "these are not our operations and this is not our way of fighting".

Nasr al-Salami, a professor of Islamic Studies in Al-Eman University, said the Mother Teresa homes were not the answer for Yemen due to the religious tension.

"The Yemeni government has to close the Mother Teresa homes and replace them with government facilities," he told MEE.

Abdul Malik, a homeless widower in his 70s with a white beard, is one such elderly person who prefers to beg despite qualifying for the charity's help.

"I sleep under the trees, and more than once the police arrested me and tried to persuade me to join the Mother Teresa's home, but I prefer to remain under the trees," he told MEE.

* Middle East Eye withheld locations and changed names due to events in Aden.