Four years since the start of the conflict, Assad is emboldened as international attention is drawn to the threat of Islamic State 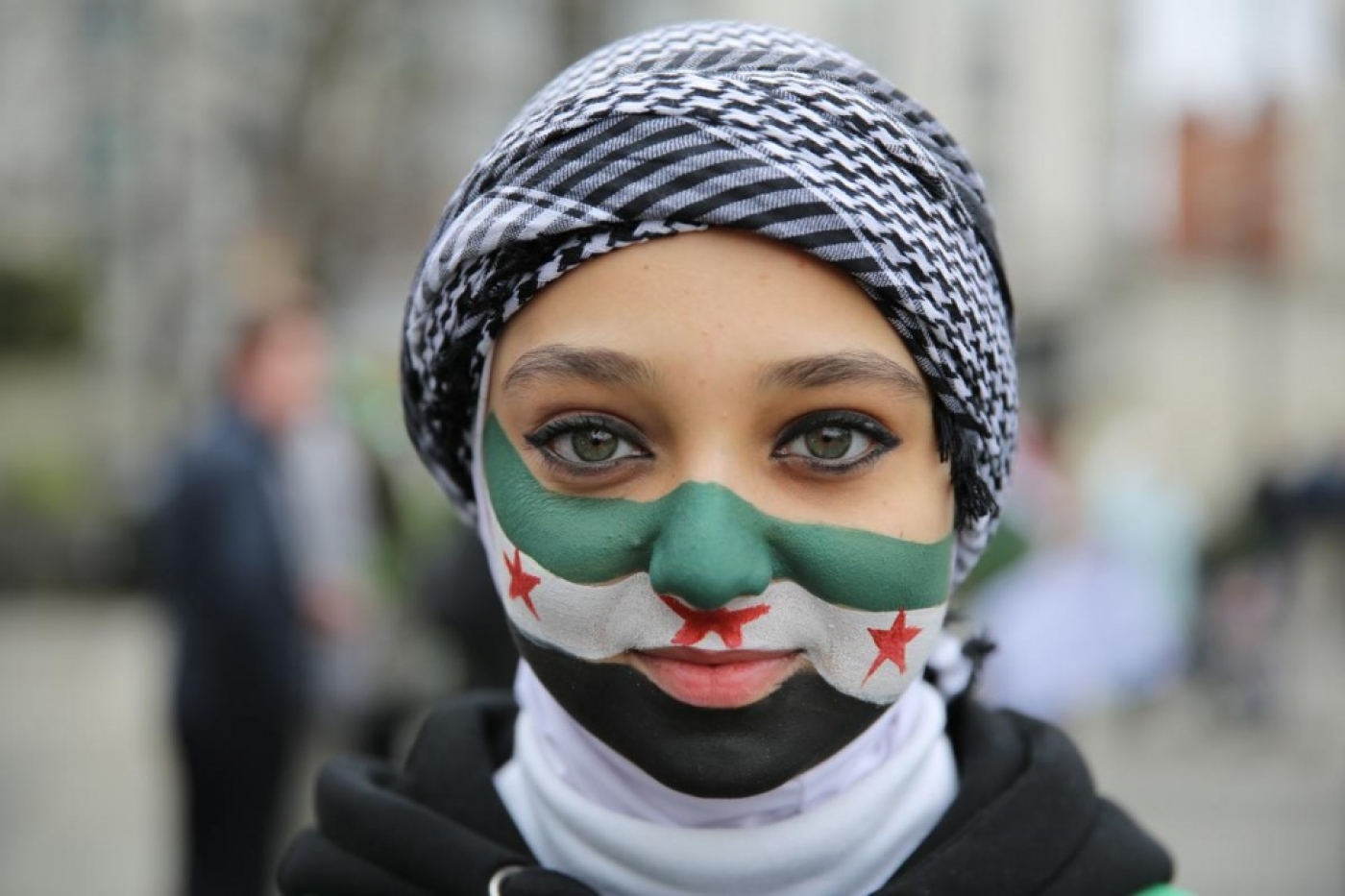 Hundreds of activists march in London to commemorate the fourth anniversary of the Syrian Civil war on 14 March, 2015 (AA)
By
MEE and agencies

Syria’s conflict enters its fifth year on Sunday, with no end in sight to the fighting.

More than 210,000 people have been killed and half of the country’s population displaced, prompting rights groups to accuse the international community of “failing Syria”.

Diplomacy remains stalled, with two rounds of peace talks achieving no progress and even a proposal for a local ceasefire in Aleppo fizzling out.

The conflict began as an anti-government uprising, with small-scale protests, inspired by similar revolts in Egypt and Tunisia, taking place in Damascus in February.

But things quickly spiralled when the government arrested and tortured a group of teenagers in the southern city of Deraa. In response, hundreds took to the streets in Damascus and Aleppo on 15 March. Several days later, on 18 March another protest broke out after Friday prayers in Deraa. Government forces once fired on the demonstrators, killing several people. The violence only prompted thousands to turn out the following day to attend the funerals of those killed. The government once again fired on the marchers, killing between one to six people according to activists. The government then released the teenagers on 21 March, but the deaths and the fierce crackdown prompted a militarisation of the uprising and its descent into today’s brutal multi-front conflict.

The consequences have been devastating.

The UN refugee agency UNHCR says Syria is now “the biggest humanitarian emergency of our era”.

Around four million people have fled abroad, with more than a million taking refuge in neighbouring Lebanon.

Inside Syria, more than seven million people have been displaced, and the UN says around 60 percent of the population now lives in poverty.

The country’s infrastructure has been decimated, its currency is in freefall and economists say the economy has been set back some 30 years.

Rights groups have documented horrific violations, with the Britain-based Syrian Observatory for Human Rights reporting this week that 13,000 people had been tortured to death in government detention since the uprising began.

Tens of thousands more remain in government jails and detention facilities, with many effectively disappearing after their arrest.

Despite international outrage at the death toll, and allegations that his government used chemical weapons against its own people in August 2013, President Bashar al-Assad has clung to power.

His forces have consolidated their grip on the capital Damascus and are moving to encircle rebels in the second city of Aleppo to the north.

The assaults have been aided by the government’s increasing reliance on crude explosives-packed barrel bombs, which Assad denies using despite extensive documentation.

His government is newly emboldened by both its military successes and an apparent shift in international rhetoric.

Calls for his resignation have been notably more muted as international attention shifts to the threat posed by the Islamic State group.

Diplomats describe a new willingness to countenance a role for Assad in Syria’s future, and even the rhetoric from key Assad opponent Washington has shifted.

On Friday, CIA director John Brennan said Washington was concerned that the “collapse” of Syria’s government could open the way for a IS takeover.

US Secretary of State John Kerry has also stressed that Washington’s top priority is defeating IS.

Last year, the United States assembled a coalition of nations to fight the group in Syria and Iraq, where IS rule a swathe of territory they have deemed an Islamic “caliphate”.

Air strikes, particularly in concert with the efforts of Kurdish fighters on the ground in Syria, have rolled back some IS gains, but the group continues to wield significant power.

It has grabbed international headlines with gruesome propaganda videos depicting the killings of journalists, aid workers and other civilians.

It has also attracted thousands of foreign fighters, many from the West, prompting concern about the prospect of attacks by returning militants.

Despite the international attention, there is little prospect of a peaceful resolution of the conflict.

Two rounds of UN-sponsored talks in Switzerland failed to achieve progress, and Staffan de Mistura, the third UN envoy to tackle the conflict, has gained little traction with his proposal for a localised ceasefire in Aleppo.

Russia, a key Assad ally, is floating its own dialogue process, and will host talks in Moscow in April, but it remains unclear if the internationally recognised opposition will attend.

On Thursday, a group of 21 rights groups denounced the international community for failing to implement UN resolutions and end the conflict.

“This is a betrayal of our ideals,” said Jan Egeland, secretary general of the Norwegian Refugee Council group. Islamic State
Fall of Assad could lead to IS ‘march to Damascus’: CIA