Pyongyang was once a major arms supplier to the region, but what remains of that role today? 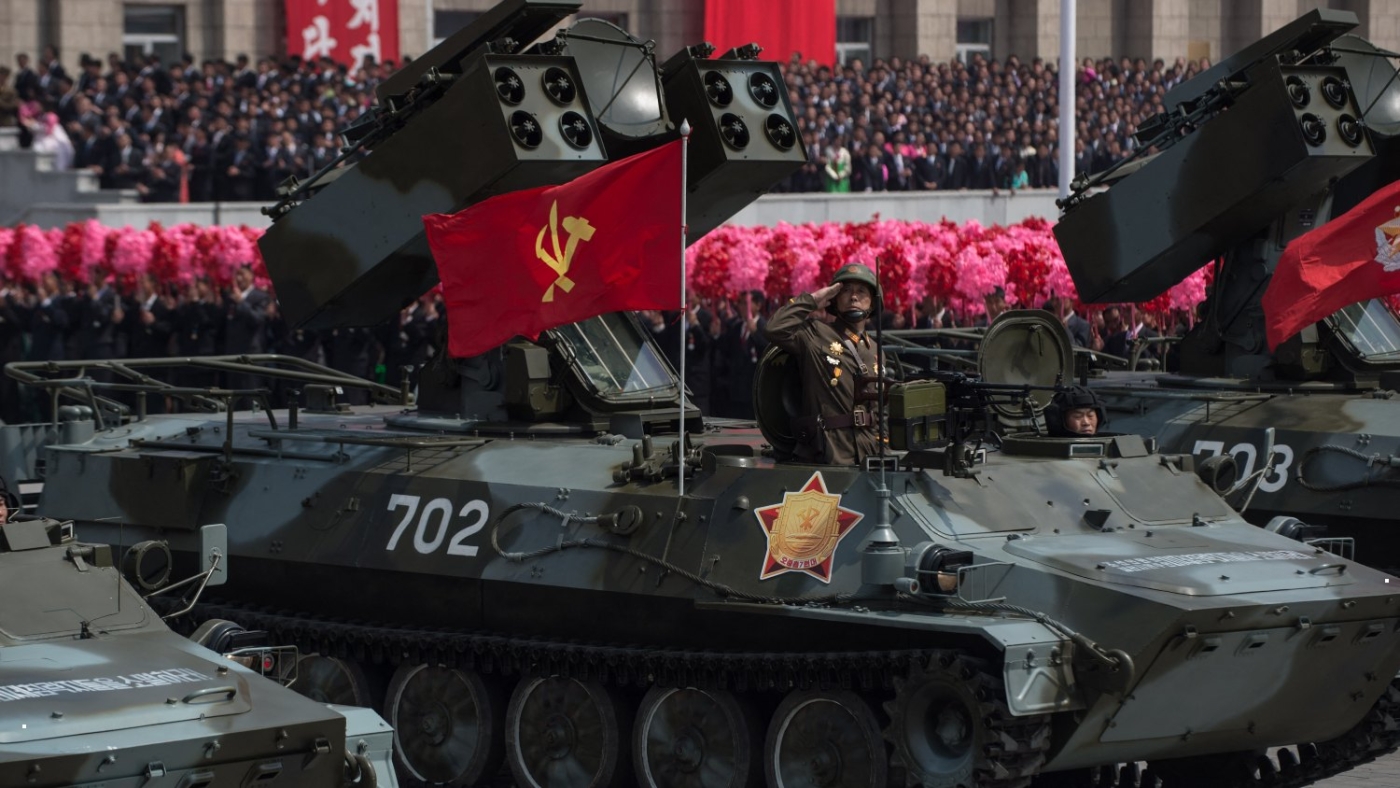 North Korea has sold weapons to a number of countries in the Middle East over the decades, and analysts say Pyongyang remains a significant weapons supplier to regional countries - particularly Iran, non-state actors, and, at times, even US allies.

"Iran still relies heavily on North Korea for conventional arms - much as it did during the Syrian civil war," Bruce Bechtol, a professor of political science at Angelo State University who has written extensively on the North Korean arms trade, told Middle East Eye.

"Many of these arms go to proxies such as the Houthis, Hezbollah, and Iranian militias. But Iranian fighters also use them."

The prime motivator for Pyongyang's cooperation with Tehran remains financial rather than ideological.

In the 1980s, North Korea largely exported inexpensive and unsophisticated armaments to developing countries. Up to 90 percent of these arms went to Iran and Libya during that period.

When the Soviet Union collapsed in 1991, Pyongyang became increasingly desperate and isolated. With its economy on the brink, it was more willing to sell advanced weaponry to the Middle East to earn cash.

During that period, Israel offered to invest a substantial amount in the ailing North Korean economy in exchange for guarantees from Pyongyang that it would not sell long-range missiles to Israel’s enemies in the Middle East. The deal never materialised, at least partially due to firm opposition from a skeptical Washington.

"Pyongyang's post-1991 exports to the Middle East were far more significant than those during the Cold War," Bechtol said.

"North Korea had significant arms sales to Iran in the 1980s, including conventional arms and Scud B/C missiles. But from 1991, North Korea continued its sales to Iran and built fabrication facilities for missiles there as well." 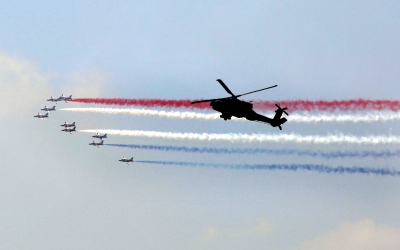 Egypt has spent big on diversifying its air force, but to what end?
Read More »

North Korea has also sold Iran No Dong missiles, the Musudan missile, elements of the Taepo Dong missile, and has collaborated on projects like an 80-ton rocket booster - likely for an intercontinental ballistic missile (ICBM), Bechtol notes.

Syria has purchased Scud C's and Scud D's from North Korea "as well as chemical weapons", according to Bechtol.

"They have also sold a plethora of conventional weapons to both nations as well as proxies."

Even though Pyongyang and Tehran have enjoyed years of military cooperation, Bechtol says the rumours of an exchange of technology between the two are "completely untrue".

"North Korea is the seller and Iran is the buyer," he said. "North Korea's missile programmes - especially the ones Iran buys from - are far ahead of where Iran's are."

It's no secret that North Korean weaponry often ends up in the hands of non-state actors in the Middle East, and Yemen provides an illustrative example.

In 2002, the US Navy seized a North Korean freighter carrying 15 Scud-type ballistic missiles en route to Yemen, but promptly released it since the delivery wasn’t illegitimate under international law. The shipment was the last in a series of deliveries that began in the 1990s, when Sanaa ordered missiles from Pyongyang.

In 2015, shortly after Saudi Arabia intervened in the Yemen civil war, the Houthis began firing ballistic missiles they had captured from the former Yemeni military arsenal at the kingdom. The missiles were most likely the same ones Pyongyang had delivered earlier – the Scud derivative North Korea sold the Yemeni military is the Hwasong-6.

While those North Korean arms were designated for the former Yemeni military, Pyongyang has also sought to arm the Houthis directly in violation of the arms embargo on Yemen. In 2019, a panel of UN experts revealed that North Korea supplied “small arms and light weapons and other military equipment to Houthi rebels in Yemen” using a Syrian arms trafficker as an intermediary.

Pyongyang also sought “to supply a wide array of conventional arms and ballistic missiles” to the group. 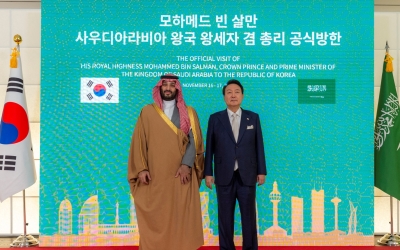 Sales to US allies

In 2017, it was revealed that Egyptian businessmen had ordered 30,000 rocket-propelled grenades from Pyongyang (North Korea is one of the biggest covert exporters of small arms in the world) as part of a $23m deal on behalf of the Egyptian military.

The shipment prompted the Trump administration to freeze $300m in military aid to Egypt. Around this time, Cairo claimed it "severed all military ties with North Korea", which went back to the Cold War era.

"Egypt maintains friendly relations with North Korea, but it is extremely likely that the Egyptians do not import North Korean arms, keeping true to their promise in 2017, as Egypt would lose far more than they could stand to gain by purchasing North Korean weapons and violating sanctions," Scott Kardas, Asia-Pacific analyst with Rane, the risk intelligence company, told Middle East Eye.

Two years earlier, the United Arab Emirates purchased $100m worth of North Korean arms for use in the Saudi-led military campaign in Yemen. Abu Dhabi conducted these military deals using private companies to avoid any potential US sanctions.

"The UAE is highly unlikely to open itself to punishments for violating sanctions by purchasing North Korean weapons for the same reasons as Egypt," he said.

Kardas believes Iran might want to work with North Korea to develop its ballistic missiles programme, giving itself "more options on the escalation ladder".

"This would be similar to what North Korea is doing with their arms development as a driver of their security policy and engagement with South Korea and the US," he said, adding that Iran wouldn't rely on North Korea for systems or materials but capitalise on their experts and advisors to develop their own programmes.

While North Korean arms sales to the region continue, Kardas doubts they are as significant as they were in past decades.

"Countries that fall under the US security umbrella are exceptionally unlikely to violate sanctions, as they would lose far more than they would gain if they were to run afoul of US sanctions," he said.

For example, Turkey’s T-155 Firtina self-propelled howitzer is a licence-built variant of South Korea’s K9 Thunder system. The T-155 has seen frequent combat in cross-border Turkish operations in Syria and Iraq over the past decade.

And arm sales from Seoul into the Middle East look set to increase in the coming years.

South Korea provides buyers of its equipment substantial technology transfers, enabling those countries to eventually build those systems or variants of them independently – as Turkey has done with the T-155 and is doing with the Altay. Riyadh has shown a willingness to expand its modest arms industry, making it less dependent on foreign imports. Increased military cooperation between the two would, therefore, not be surprising. 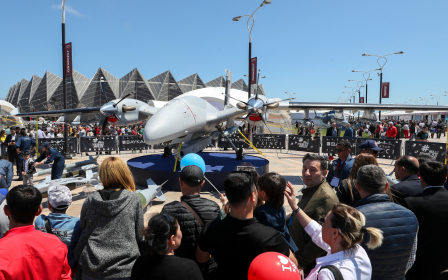 Arms Trade
In a pivotal shift, the Middle East emerges as an arms exporter 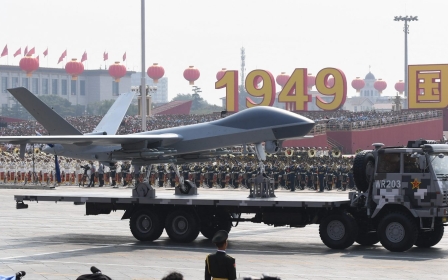 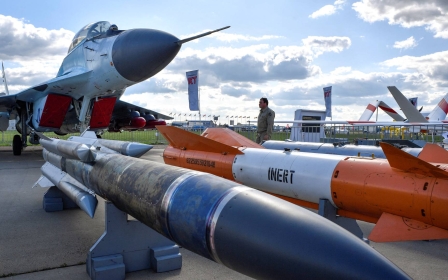 Arms Trade
Algeria could face a weapons crisis due to Russia's war in Ukraine, say analysts