Industry officials hope US-backed plan will inject new impetus into stalled agriculture ventures between Israel and the Gulf; others are sceptical 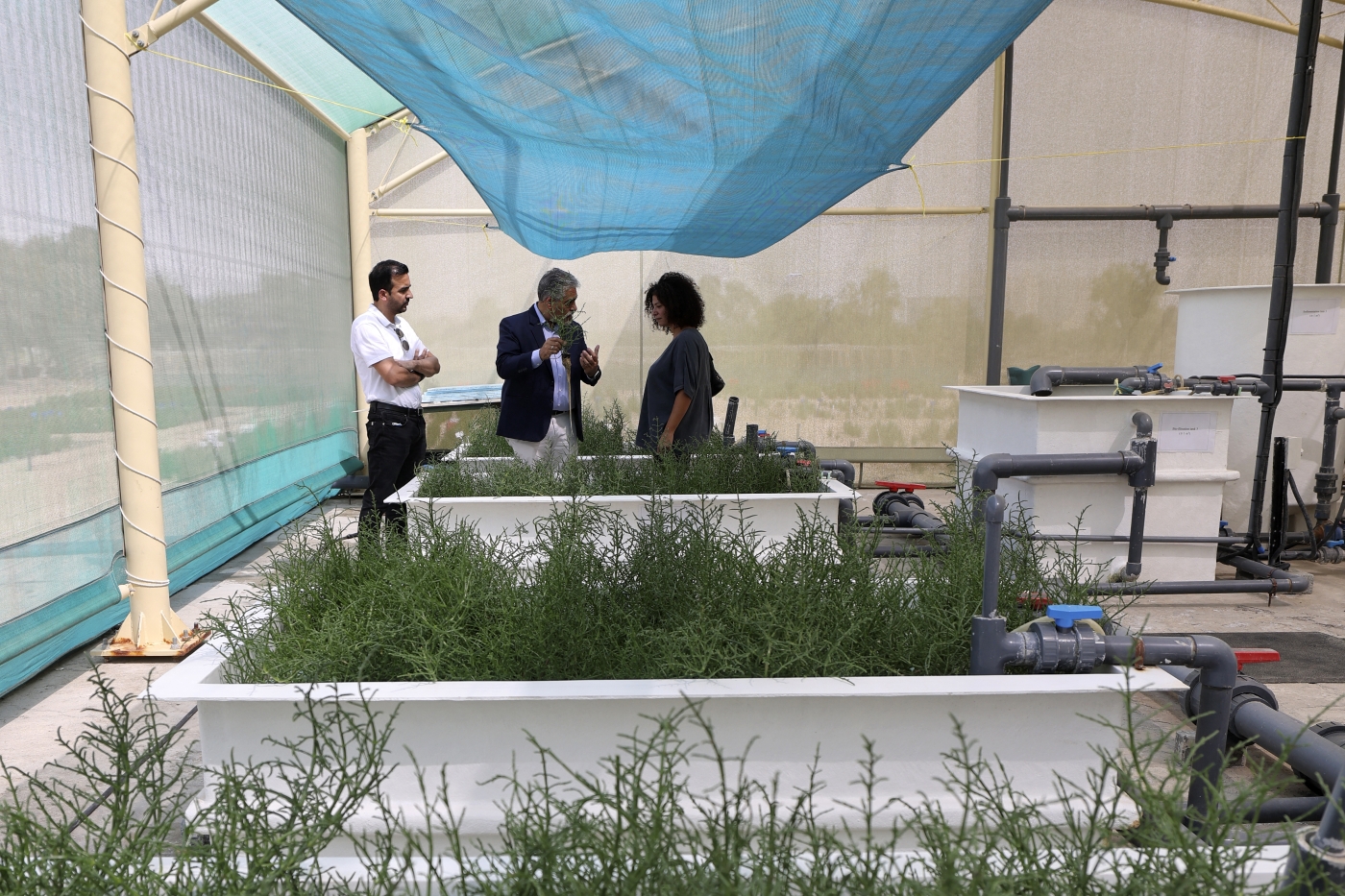 When the UAE and Israel agreed to normalise ties, the Israeli agriculture industry saw green pastures ahead.

Israel is a leader in the agri-tech field, and the resource-poor country of 10 million has pioneered the use of several technologies employed in arid climates such as drip-irrigation and hydroponics.

The thinking within the Israeli business community, and among political leaders in the US and Israel, was that agri-tech could be a bridge between Israel and its Arab neighbours who share similar challenges in desert climates.

"There was a lot of buzz when the Abraham Accords were signed," said Yaron Drori, an Israeli agronomist and co-owner of Etza Agriculture consultants, referring to the 2020 US-brokered agreements in which the UAE and Bahrain established diplomatic relations with Israel.

"People in the industry were going to Dubai and talking up the potential for new deals," added Drori, "but we really haven't seen anything significant through now."

To be sure, deals are being struck, and not just in countries that have normalised relations with Israel.

"The agri-tech industry is a great example of how ties between Israel and the Gulf are expanding outside the Abraham Accord countries, even in sensitive countries like Kuwait, Qatar and Saudi Arabia, which haven't established ties," Nirit Ofir, an expert on the Middle East and agri-tech told MEE.

Agrint is an Israeli-owned company that uses sensors to identify date trees infected with pests. Not only is the company now operating in the UAE, but also in Kuwait and Saudi Arabia, two countries that have not established ties with Israel.

Israeli agri-tech firms are also working on a flagship Saudi project to establish the region's largest fish farm, sources with knowledge of the matter tell MEE. The development is part of NEOM, a $500bn futuristic megacity spearheaded by Saudi Arabia's crown prince as part of the kingdom's "Vision 2030" plan.

"Israeli companies can use businesses registered in Cyprus, the US or Europe to work in a place like Saudi, which is very interested in Israeli agri-tech," the source with knowledge of the project said.

Ofer Sachs is the former director-general of the Israeli Export Institute and now the CEO of Herzog Strategic Group, a firm that advises many Israeli companies looking to expand in the Gulf.

He says there's been interest in Israeli agri-tech products across the Gulf, with a focus on hydroponic farming, water conservation, and fish farming. But even in countries such as the UAE, where ties have been eagerly brought into the open, business is slow.

After a surge in interest from Israeli companies following the Abraham Accords, he says enthusiasm has cooled. "Israeli companies wanted to see quick implementation and returns on investment. Now we can say that things have moved much slower than we anticipated," said Sachs.

"Doing business in the agriculture sector is not as easy as we had expected."

Economic ties are, however, expanding. Non-oil bilateral trade between the Emirates and Israel surpassed $2.5 bn from September 2020 to March 2022. In the first three months of 2022 it hit $1.06 bn - five times the total from the same period in 2021.

In May, Israel and the UAE signed a free-trade agreement to abolish tariffs on 96 percent of bilateral trade - an historic deal between Israel and an Arab country. Officials said the agreement will help boost trade to more than $10 bn within five years.

But away from the headlines, things are moving much slower.

Ronen Redel is vice-president of business development at Vertical Field, an Israeli agri-tech firm. The company drew media attention last year when it planned an MOU with an Emirati firm to deploy its high-tech farming equipment in the Emirates. There was even talk that it would use the UAE as a hub for re-export.

"For various reasons, the MOU didn't materialise," Redel told MEE, roughly a year and a half after the announcement. "One thing we are learning is that things move much slower in the Gulf compared to Israel; we are adapting to the business culture."

Redel says Vertical Field is still looking to break into the Gulf market and is now in the late stages of negotiating new MOUs with other companies, "including some in countries that haven't joined the Abraham Accords".

Some say Israeli companies are learning the hard way about the region. "Anyone who thought the Emiratis would just throw money around was wrong," said Marwa Maziad, a Gulf expert and visiting assistant professor of Israel studies at the University of Maryland.

"The UAE was built on business and they are savvy. They [Emiratis] aren't just going to do any deal," she added.

President Joe Biden's trip to the region has stirred new hopes among some in the agriculture sector about deeper integration.

On Thursday, leaders from the US, Israel and the UAE announced a plan to cooperate in the food sector, with the UAE pledging to invest $2bn to develop a series of "food parks" in India. According to a White House press statement, Israeli and US companies will participate in the project. 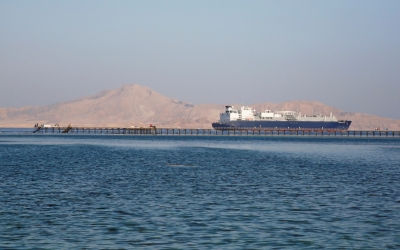 Abraham Yehuda, director of India-Israel Initiatives, a group working to deepen cooperation between Israel and India in the field of agri-tech, called the announcement "a fillip" for regional cooperation.

"I think it's an exciting project. We already have Israeli firms working in the UAE in agriculture, and this agreement will bring them much closer," he added.

Maziad was more sceptical. "The deal sounds like a bad cliché of what Emirati businesses don't like. As they are being told 'you have the money and we [Israel] have the know-how'."

"Now it's 'you have the money, I [Israel] have the know-how, and India has the workers," she said.

"I think the Emirati business community has been raining on that parade for some time." 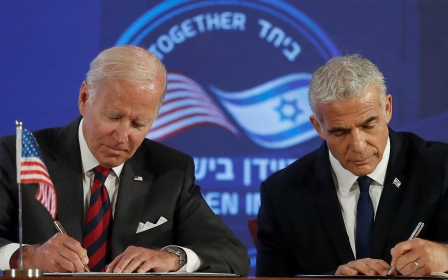 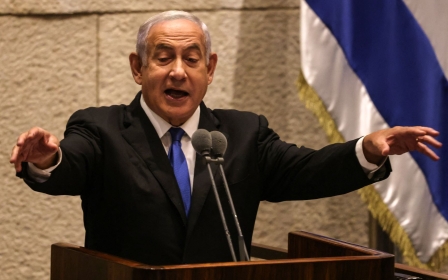 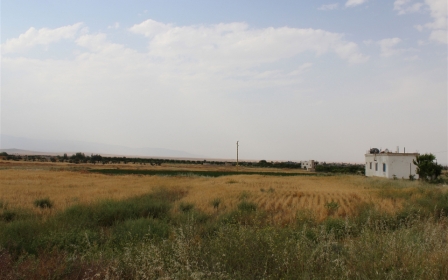