The president's plan to stay in power beyond 2020 may backfire, given the criticism levelled at him from all fronts, including his own 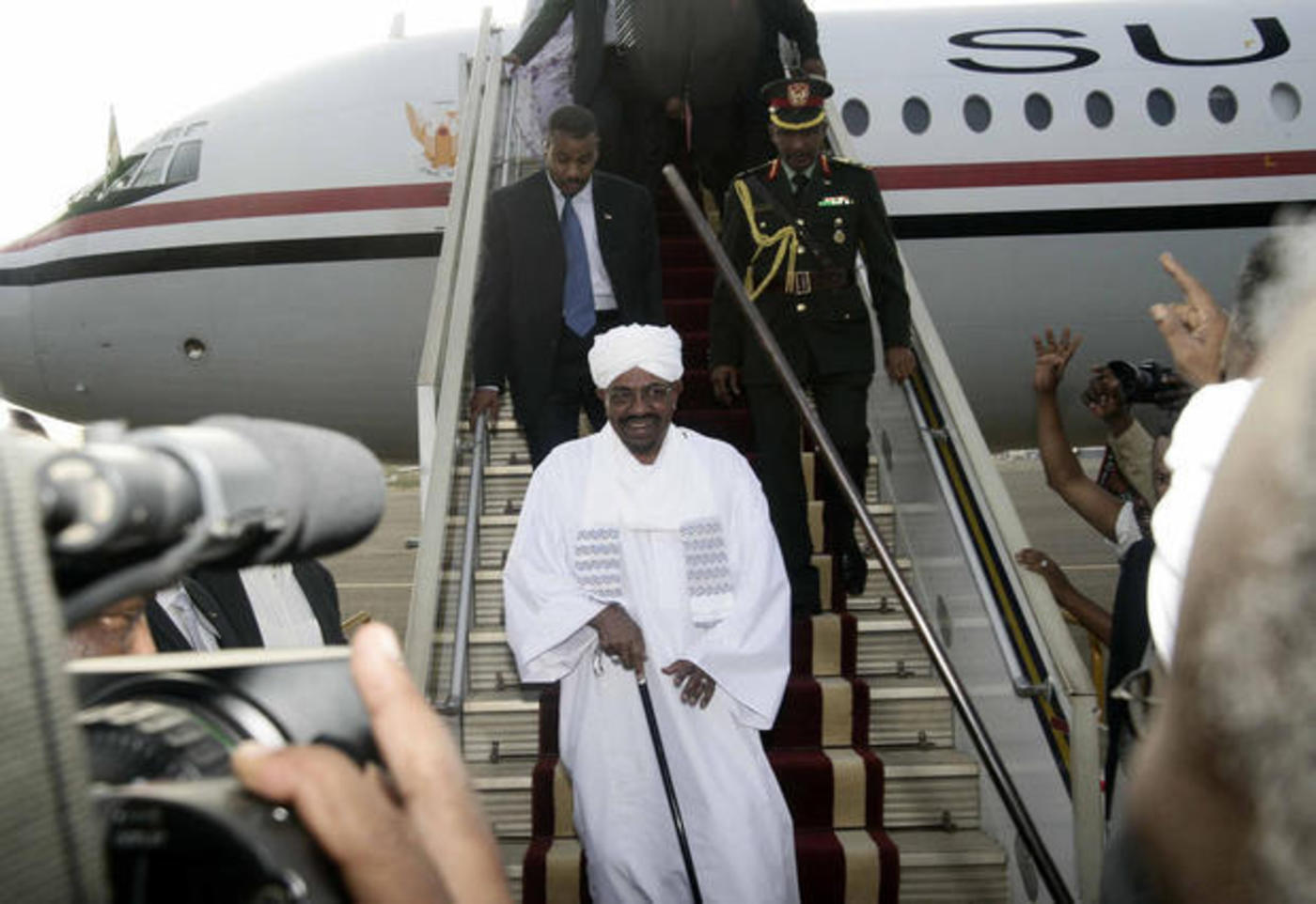 KHARTOUM - The recent nomination of incumbent Sudanese President Omar al-Bashir as the ruling party’s candidate for upcoming presidential elections was hardly a surprise, given the tight grip he's held on power for nearly three decades.

But the National Congress Party’s (NCP) decision on Friday to back Bashir - who has been Sudan's leader since a 1989 coup - for the 2020 vote comes in direct breach of the country's constitution, which bars presidents from serving more than two terms.

The move has sparked fears that Bashir and his supporters are planning to scrap the existing legal framework to keep the president, who has been wanted by the International Criminal Court (ICC) since 2009, in power.

But Bashir’s bold attempt at entrenching himself in the presidency may backfire, given that criticism has been levelled at him from all sides, including his own.

Bashir against the world

Despite having previously declared that he would step down in 2020, a victory in the upcoming elections would pave the way for Bashir to reach 36 years in power.

Addressing the NCP’s council in the wake of his nomination, Sudan's seventh president hinted at what another five-year term would bring.

“It is my honour and privilege to accept this [the NCP’s] trust, and I promise to meet all the demands of our people to pass the many crises we are facing in this critical time in the history of our nation,” he said.

Bashir vowed to further cement Islamic law in Sudan, in what he framed as resistance to Western countries.

“Let me say defiantly that we are a purely Islamic party and we will adopt sharia laws as they are,” he said. “We will never go backwards because of the ongoing conspiracies against us.

“They try to defeat us using security, political, legal, economic and diplomatic means, but they failed.”

Bashir holds the dubious honour of being the only head of state to be indicted by the ICC while in office, over his alleged orchestration of a campaign of mass killing, rape, and widespread human rights violations in Darfur.

According to political analyst Elimam Ahmed, Bashir remains isolated by the West despite having floated a number of incentives to normalise relations, such as obtaining information in the war on terrorism, combating illegal migration to Europe, mediating the crisis in South Sudan and promising to play a constructive role in stabilising Libya.

But while he has portrayed himself as the defiant victim of Western interventionism, Bashir’s popularity at home has suffered a sharp decline amidst an economic crisis that has only exacerbated the lack of access to services and commodities in Sudan since the beginning of 2018, Ahmed told Middle East Eye.

Faced with hostility from the West and a national financial downturn, Bashir has shifted his international and regional allegiances, repositioning himself with Saudi Arabia and severing ties with old allies Iran and North Korea.

But the ongoing diplomatic crisis between Qatar and other Gulf powers has made it extremely difficult for Bashir to navigate the political rift while obtaining the financial backing he desperately needs from Gulf states.

Ahmed also highlighted that Bashir's administration remains embroiled in fighting with rebel groups in different parts of the country.

“President Bashir and his inner circle are in a strong position internally among the ruling party, but look very weak as his popularity has sharply decreased and the country is subjected to different kinds of crises, in addition to international isolation,” he said.

“Accordingly, I believe that Sudan is at a crossroads with more political deterioration and economic difficulties in addition to already fragile security."

Amid such a fragile national and international context, opposing voices have risen among the ruling party for the first time, as prominent leaders have openly rejected Bashir’s nomination.

Amin Hassan Omar Abdullah, a former presidential advisor and chief negotiator for the Darfur peace process, denounced the move as a constitutional violation.

In an article widely circulated on social media, Abdullah urged the president not to nominate himself and respect the constitution of Sudan, as well as the rules of the NCP itself.

“Changes in the constitutional amendments shall come in consistence with democratic values and the spirit of the constitution, which do not allow any person to nominate himself to power more than three times,” Abdullah wrote.

Political science professor and Islamic leader al-Tayeb Zain al-Abdin has joined his voice to the chorus of opposition within the NCP, calling for mass resistance to the extension of the president’s tenure.

“President Bashir has no moral or political excuses to stay more in power after 29 years,” Zain al-Abdin told MEE, holding Bashir responsible for the current political, economic and security crises in the country.

“Bashir has no plans to adopt any reforms for this country, so he would like only to protect himself from the ICC by staying in power,” he added.

The news has also prompted reactions on social media, as Sudanese activists have called for a campaign against Bashir’s nomination.

A tweet by Mohammed Nafie, the eldest son of former presidential advisor Nafie Ali Nafie, garnered particular attention and prompted questions about how divided the Sudanese ruling class had become.

Translation: It is the right of any man to be brave and express his personal opinion! Not to say what is the desire of the people and the masses! No to amending the constitution and no to re-nominating Bashir

Paradoxically, Bashir’s nomination looks like it might unite the National Consensus Forces (NCF) opposition coalition, which had until then been on edge of fracture over a "safe exit" deal for Bashir.

Al-Sadiq al-Mahdi, who was prime minister of Sudan until the 1989 coup, had last month put forward a proposal in which Bashir would agree to step down in return for the ICC case against him being frozen for a year.

But in the wake of the nomination, Mahdi and his National Umma Party revoked the offer and expressed their opposition to Bashir's attempted extension of power.

“It’s really a shame to change the constitution because of one person,” Ali said. “Changes to the constitution should be conducted for important things, to push forward improvement in the lives of our people, not to support dictatorship.

“Now Sudan is under extreme repression. Freedoms are confiscated by the regime in order to silence us, but we will never give up.”

Ali vowed that his party and others in the NCF would mobilise against any attempts to amend the constitution.

“We will work for the unity of the opposition and work together with our people to bring this government down by peaceful means and put an end to this disastrous scenario,” he said.

“The attempt to extend Bashir’s tenure in power is illegal and unacceptable and we will resist it by all peaceful means,” it added.

Member of parliament Mubarak al-Nur told MEE that independent MPs had agreed to challenge any attempts to amend the constitution in order to retroactively legalise Bashir’s nomination should they reach the legislative assembly - despite such opposition likely being mainly symbolic, given that the ruling NCP party holds 83 percent of seats.

“We will stand against these amendments as they violate the constitution and the national dialogue the president himself called for more than three years ago,” al-Nur said.

“Such a serious decision should be taken after dialogue between the different political parties and parliamentary blocs,” he added. “But if the ruling party will use its majority in the assembly, then we will resist, and record our position in the history of the parliament.”

For Sudanese legal expert Nabil Adeeb, for the NCP to nominate Bashir, only to then recommend that both the party’s legal framework and the country’s constitution be changed to accommodate its decision, constitutes a violation revealing the extent of NCP’s monopoly of power in Sudan without respect for democracy.

“Theoretically, the ruling party can pass these amendments in the parliament,” he said. “But in practice, this puts the entire country in critical situation, as it will pave the way for only Bashir to rule.”

Adeeb further noted that the opposition, civil society organisations and potential contending candidates have the right to submit a case to the constitutional court.

“My advice is to go forward with pressure to head to the constitutional court, as one of our weapons in this battle to challenge the ruling party,” he said.

Meanwhile, John Prendergast, the director of the Enough Project, called on the international community to intervene should Bashir succeed in revising the constitution.

“With this step toward abolishing term limits, President Bashir seeks to be president-for-life, overseeing an expanding kleptocracy that is looting Sudan of all its resources with little to no benefit for its people,” Prendergast told MEE.

“The United States and Europe stood against President [Joseph] Kabila's effort to change the constitution and abolish term limits in the Democratic Republic of the Congo. They should do the same to prevent a deepening crisis in Sudan” he added. 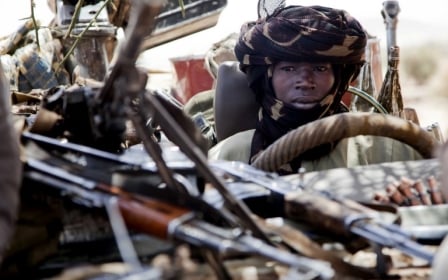 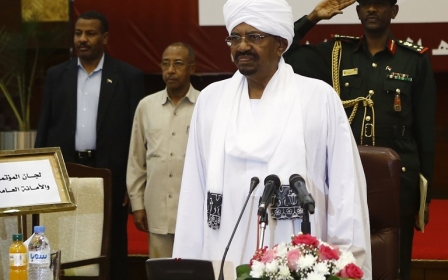 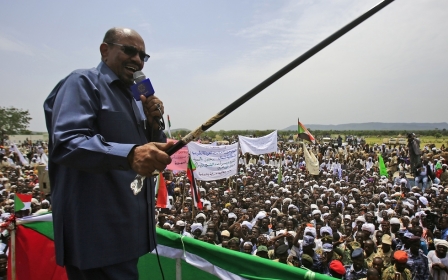