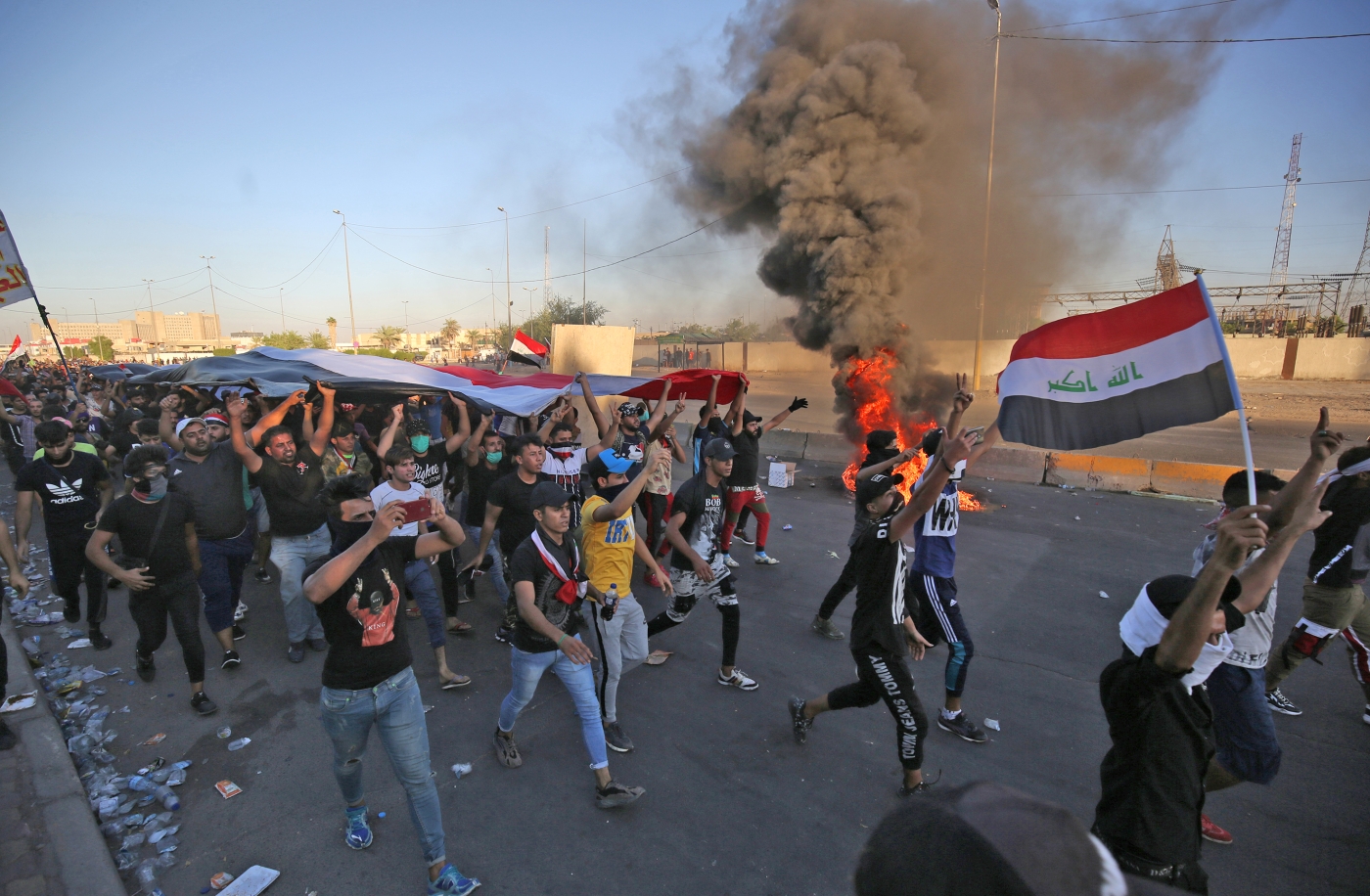 While many of Iraq's provinces are now witnessing wave upon wave of demonstrations over unemployment, poverty and a lack of services, many Sunnis have been reluctant to take to the streets for fear of being accused of extremism or sympathy with the Islamic State group.

Instead, those hungering for change in Anbar, Salah al-Din, Kirkuk and Mosul have joined the growing cadre of "online demonstrators" on social media platforms.

Tahany Salih, 30, an activist from Mosul, told Middle East Eye that Sunnis were angry, but many feared being too visible.

"Maslawis are still hurting from the state of devastation that IS left behind, and the government has done nothing but neglect us," she said.

"If we protest, we run the risk of being labelled, of being accused of being like IS, the Saudis, Baathists, and so on."

She added that Sunni protesters were also concerned that they could "negatively affect" the protest movement by opening up other activists to such accusations by politicians and other interest groups who wanted to deflect blame and paint the demonstrations as subversive.

"We will continue to demonstrate online, making sure our message is clear, and those that express their hope are kept safe," she said.

"We could do it differently, but it would be much more dangerous."

Renewed protests took place under live fire on Saturday in Iraq's capital and the country's south as the government struggled to agree a response to days of rallies.

The top UN official in Iraq deplored five days of violence during protests that has killed nearly 100 across the country and wounded thousands, saying "this must stop".

"Five days of reported deaths and injuries; this must stop," Jeanine Hennis-Plasschaert, the special representative of the UN secretary general in Iraq, said in a tweet.

According to the Iraqi parliament's human rights commission, 99 people have been killed and nearly 4,000 wounded since protests against unemployment and living conditions erupted on Tuesday in Baghdad before spreading to the south of the country.

The largely spontaneous gatherings of demonstrators - whose demands have evolved since they began on Tuesday from employment and better services to fundamental government change - have swelled despite an internet blackout and overtures by the country's elite.

Hayder Hamzoz, founder and CEO of the Iraqi Network for Social Media (INSM), said the blackout was a "serious violation" of human rights.

"The Iraqi authorities have shut the internet down, making it inaccessible for more than 75 percent of Iraq. This means more than 30 million people were offline, isolating the people and robbing them of access to information," he said.

He added that even beyond the blackout, many online activists risked being targeted by the security services and other extra-state groups.

He advised activists to use "secure platforms" and "not post anything on social media to explain where they will go to protest or when".

An activist from Anbar province, who preferred to remain anonymous out of fear for his safety, said "a group claiming to belong to the National Security agency" in Anbar had "made a list of those that support the protests on social media".

"Three of those that have been threatened are friends of mine," he said.

"They were even arrested and accused of being terrorists, just because they expressed an opinion that the government did not like."

Omar Huthaifa, an activist from Salah al-Din said: "I received a threatening letter from the National Security, they said that they had screenshots of all my post where I show some support of the demonstrations.

"They told me that if I keep posting anything more like that, anything that agrees with the Baghdad protest, I will be arrested." 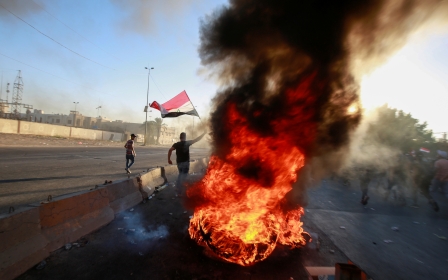 Inside Iraq
Iraq: Shia leader Moqtada al-Sadr calls on government to step down Inside Iraq
'We still keep protesting': Dozens dead and hundreds wounded in Iraq