The Palestinian Liberation Organisation (PLO) has decided to postpone its bid for Palestinian statehood at the UN Security Council, which was supposed to take place at the end of the month.

Palestinian Authority (PA) Foreign Minister Riad Maliki told the Ma’an News Agency the bid has been delayed because the PLO is still in the process of lobbying the nine Security Council members needed to ensure that the vote passes.

With Security Council members focused on Iran nuclear talks, Maliki indicated that the PLO would push for its bid after negotiations conclude in Vienna.

“The permanent member states have informed us that they would give priority to the Iranian issue, not to Palestinian statehood issue,” Maliki said. “We haven’t backed down on the resolution or cancelled it despite the international opposition and US threats.”

Earlier this month, PLO officials in Ramallah - following on from Palestinian President Mahmoud Abbas' comments to the UN General Assembly in September- said they would submit a draft resolution for statehood at the end of November, despite the fact that they expected the US to veto their bid.

"No other solution has been proposed by the US to achieve peace and establish a Palestinian state,” Wassel Abu Yusef, a senior PLO official, said. "The US administration is pushing to resume bilateral negotiations, even while it's clear that these have failed throughout the last few years."

A draft of the proposed resolution was obtained by AFP and it calls for the “full withdrawal of Israel, the occupying power, from all of the Palestinian territory occupied since 1967, including East Jerusalem, as rapidly as possible and to be fully completed within a specified time-frame, not to exceed November 2016.”

The PLO has previously said if the US vetoes its bid, they will seek accession to the International Criminal Court (ICC), which Abbas has used as a bargaining chip in negotiations with Israel.

In September, however, Middle East Eye reported that Abbas had stopped a Palestinian application to join the ICC in the middle of this summer's war in Gaza.

Abbas’ blocking of the ICC application came after a recording was leaked in June that purported to reveal Saeb Erekat – the Palestinian chief negotiator – claiming the PA president had promised Israeli Prime Minister Benjamin Netanyahu he would not apply to join the ICC.

Erekat allegedly said: “Abu Mazen [Abbas], if you want to move Netanyahu, work on the [application] documents for international institutions. He [Abbas] said: ‘I made a commitment’ [not to apply to international institutions]. What commitment have you made? This isn’t your daddy’s farm! This is a nation, this is Palestine. This is bigger than individuals. He didn’t listen to me. I swear, I submitted my resignation twice.”

Further pressure was applied on Abbas when Hamas declared it was prepared to incur the risk of prosecution from the ICC for rockets they fired at Israel. Hamas' declaration prevented Abbas from claiming that he needed the consent of all Palestinian factions before signing up himself. 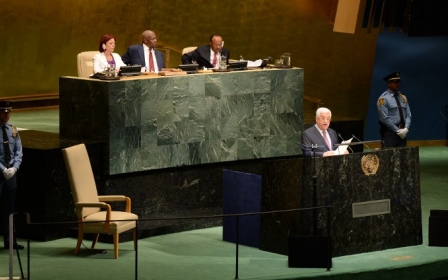 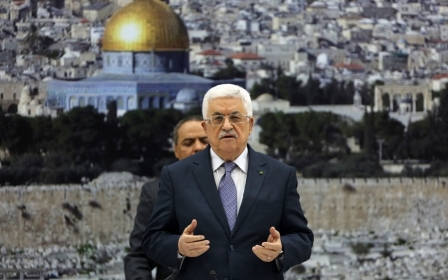