The Palestinian Authority's foreign minister has expressed "concern" with India over its decision to abstain from a UN Human Rights Council (UNHRC) resolution that called for a probe into alleged crimes committed during Israel's 11-day offensive in the Gaza Strip.

In a letter addressed to India's minister of external affairs, Subrahmanyam Jaishankar, Riyad al-Maliki said he was concerned by the position taken by India at the rights council's special session last week.

"The Republic of India missed an opportunity to join the international community at this turning point, [both] crucial and long overdue on the path to accountability, justice and peace," Maliki wrote in the letter, which was sent on Sunday but made public on Wednesday.

"Your abstention stifles the important work of the human rights council at advancing human rights for all peoples, including those of the Palestinian people." The resolution was voted on last week, and passed with 24 countries voting in favour, nine against and 14 abstaining. Other countries that abstained included the Bahamas; Brazil; Denmark; Fiji; France; Italy; Japan; Nepal; the Netherlands; Poland; South Korea; Togo; and Ukraine.

The resolution, which appoints a commission of inquiry to investigate possible war crimes and other abuses, was drafted after resistance against Israel's attempts to forcibly evict Palestinian families from their homes in occupied East Jerusalem led to an Israeli aerial bombing campaign on the Gaza Strip last month, which killed around 250 Palestinians, including at least 67 children.

Israel's foreign ministry said the country would not cooperate with the probe, deeming it a bid to "whitewash crimes committed by the terror organization Hamas".

In the letter, Maliki said the UN resolution was "not an aberration to the human rights council" but rather a result of years of "thorough investigations into and reporting on Israel's grave violations" by states, UN experts, human rights bodies and international organisations.

The "root causes of the injustice that befell the Palestinian people, the decades-long dispossession, displacement, colonization, oppression of the Palestinian people and the denial and violation of their every human rights by Israel, the occupying power, must be prioritized," Maliki continued, adding that, without accountability, "the situation will not only remain volatile but will continue deteriorating with far-reaching and grave repercussions".

'A deep friendship has emerged'

India's refusal to participate in the resolution comes as its relationship with Israel becomes increasingly close.

Last year, Prime Minister Narendra Modi, who took office in 2014, went so far as to urge the Palestinian leadership to accept former US President Donald Trump's controversial Middle East plan, which was considered heavily biased in favour of Israel and was fully rejected by the Palestinians.

At the time, Israeli Prime Minister Benjamin Netanyahu tweeted that "between Israel and India, a deep friendship has emerged". 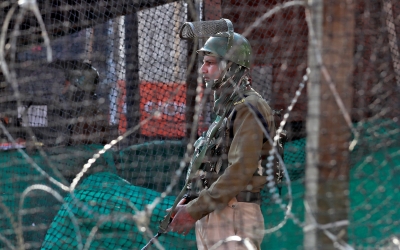 The Modi government has also sent troops and police to Israel for special training, and in recent years has become one of the largest buyers of Israeli weaponry, in deals thought to be worth around $1bn annually. India also reportedly signed a secretive defence deal with Israel last year, to the tune of $200m.

Meanwhile, India's administration of Kashmir has drawn comparisons to Israel's occupation of Palestinian territory, particularly as Kashmiris grow increasingly vocal in solidarity with the Palestinian cause.

During Israel's recent crackdown on Palestinian protest movements in occupied East Jerusalem and its bombardment of the Gaza Strip, Indian police sent out notices warning Kashmiris against holding further pro-Palestinian solidarity protests, the likes of which were seen in major cities across the world.

Formerly a strong supporter of the Palestinian cause, the Indian government did not establish full diplomatic relations with Israel until 1992. It voted against the creation of Israel at the United Nations General Assembly in 1947 on several grounds, including opposition to settler colonialism and the creation of a government based on religion. 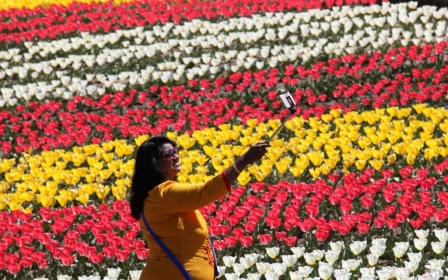