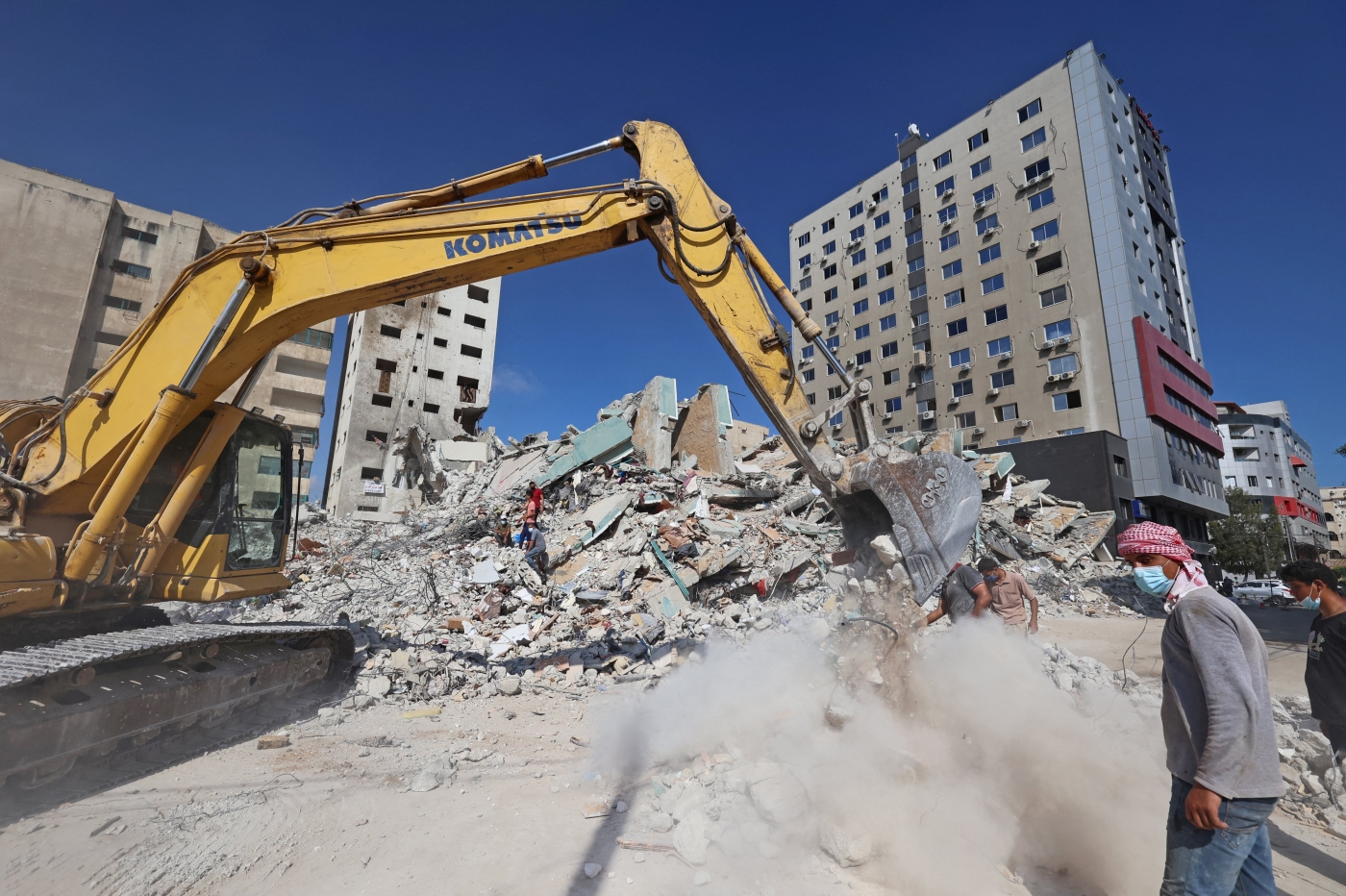 Palestinian workers collect rubble around al-Jalaa tower on 22 June 2021, after it was destroyed by an air strike during Israel's May offensive on the besieged Gaza Strip (AFP)
By
Francesca Ebel

A Turner prize-nominated investigative group has demanded the closure of an exhibition of its work at Manchester's Whitworth Art Gallery after a statement made in solidarity with Palestinians was removed from the display.

The exhibition, devised by Forensic Architecture (FA), examined how power structures shape the air we breathe, and among its examples, it showed how Israeli military action in the occupied Palestinian territories has toxic environmental effects due to chemical warfare such as tear gas and bomb clouds.

At the entrance of the exhibition was a pinned note that read: "Forensic Architecture stands with Palestine," and saying: "We believe this liberation struggle is inseparable from other global struggles against racism, white supremacy, antisemitism, and settler-colonial violence and we acknowledge its particularly close entanglement with the Black liberation struggle around the world."

The removal of the statement came after UK Lawyers for Israel (UKLFI) sent a letter to the University of Manchester, which controls the Whitworth gallery, accusing the exhibition of being "incendiary" and "one-sided". 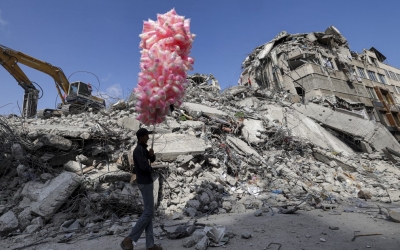 Eyal Weizman, the director of FA, told Middle East Eye on Tuesday that the investigative group demanded the closure of the exhibition "with immediate effect" after learning of the removal.

"Manchester University [who are in charge of exhibitions at the Whitworth gallery] removed the statement despite our repeated objection. We had no choice but to demand they close the exhibition, as we are unable to allow the display of the exhibition in an incomplete form," Weizman said.

"It is outrageous that Manchester University interfered with our exhibit after pressure from a self-appointed lobbying group known to platform the extreme right settler movement in Israel and for its attacks on groups providing humanitarian aid to Palestinians. That this group is accepted as arbitrators on issues of parity in relation to Palestine is a travesty," Weizman added.

On Friday, the International Centre of Justice for Palestinians, a Palestinian legal centre, said the accusations by UKLFI were "disturbing" and an "apparent attempt to smear them and to censor and censure information about Israeli human rights abuses, simply because the exhibit includes the impact of Israeli abuses of Palestinians".