Scouts carrying Palestinian flags and pictures of children who were killed during the latest round of conflict between Israel and Gaza gather for a commemorative event, on 17 August 2022 (AFP)
By
Mohammad Ayesh

A leader in the Palestinian Islamic Jihad (PIJ) movement said that the ceasefire agreement reached with Israel that ended the latest war on Gaza is "faltering," according to Al-Quds Al-Arabi newspaper.

The head of the media office of the PIJ, Daoud Shehab, said that his movement is still giving mediators a chance to act. He added that Israeli jails are currently in a state of turmoil that could trigger a new uprising by prisoners.

Shehab said that there is a daily follow-up by the leadership of PIJ with Egyptian mediators to implement the provisions stipulated in the cease-fire decision.

Egypt had succeeded in brokering the ceasefire decision between the PIJ and Israel after three days of military escalation earlier this month, in which Israeli forces unleashed a wave of air strikes on Gaza, killing 49 people, including 17 children.

The agreement stipulated that the occupiers must release the hunger-striking prisoner Khalil Awawda and that Egypt would work to release the prisoner Bassam Al-Saadi, a PIJ leader.

Shehab said that his movement does not take its positions based on what is being reported in the Israeli media and that its position is built through the existing mediation channel, which has not ended yet and continues its work. He pointed out that "the movement responded to the mediators' request to grant them some time to act".

The Yemeni government in the city of Aden is due to launch a press regulation authority, sparking a wave of criticism and concern among journalists and human rights defenders in the country, according to a report by Arabi21.

SAM, Organisation for Rights and Freedoms, a Yemeni NGO, said that the Supreme Judicial Council affiliated with the internationally recognised government issued a decision on 14 August 2022 to establish the Press and Electronic Publishing Authority without mentioning detailed information about this decision.

SAM considered that the decision, under the current circumstances, "would mean that press and media freedoms would witness a further decline, especially since the human rights record of the freedoms of opinion and expression is full of horrific violations".

According to the statement, the silence of the executive and security government bodies, and their lack of actual action on the ground indicates "the possibility of collusion between the government bodies and the individuals who carry out such illegal practices".

Last May, the Yemeni Journalists Syndicate revealed that 49 journalists and photographers have been killed since the beginning of the war in Yemen, which has entered its eighth year.

In November 2021, press photographer Rasha Abdullah Al-Harazi, who was nine months pregnant, was killed when an adhesive explosive device was put in her car in the southern city of Aden when she was on her way to the hospital to give birth. Her husband was also wounded in the explosion.

Judges in Lebanon have announced an open strike in protest against their financial and social conditions, and against the "oppression and humiliation" suffered by the entire judiciary, according to the Saudi Asharq Al-Awsat newspaper.

The general strike has disrupted work in the investigative circuits and most courts in Lebanon.

Senior judges have joined the strike including members from the Supreme Judicial Council, in addition to others from the Court of Audit and the Lebanese State Shura Council.

Meanwhile, the head of the Supreme Judicial Council, Judge Suhail Abboud, said that "the judiciary will not waiver its responsibilities, and will remain the basic pillar of state building," according to Asharq Al-Awsat.

One of the judges who contributed to the open strike plan said that "the judiciary is facing a severe war, starting from the political interference in judicial cases, the attempt to undermine the investigation of sensitive cases, obstruct the work of judges, and then hold them accountable for the obstruction".

The judge, who refused to give his name, stressed that "the attempts by the political authority to humiliate and subjugate judges will not be tolerated, since this is considered a direct targeting of the judiciary that will backfire."

He added: "it is no longer acceptable to undermine the judiciary and hurt the dignity of judges". 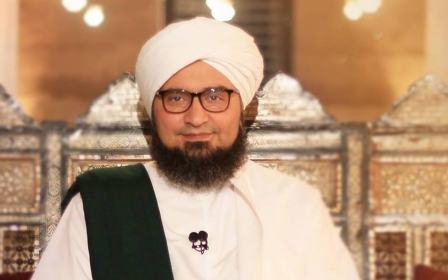