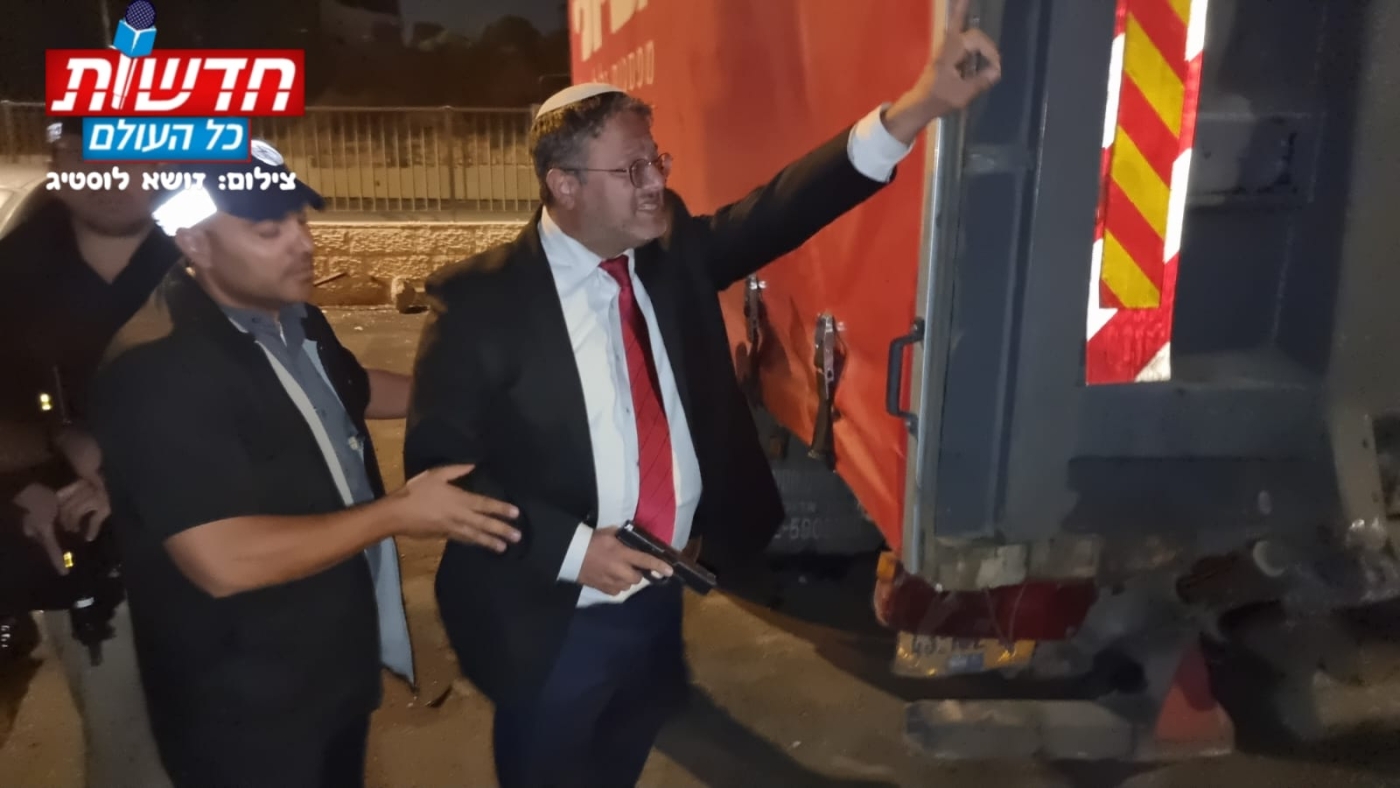 The far-right Israeli lawmaker Itamar Ben-Gvir pulled a gun on residents on Thursday evening in the Palestinian neighbourhood of Sheikh Jarrah in occupied East Jerusalem.

Earlier on Thursday, Ben-Gvir had tweeted a video of a man throwing a stone at an Israeli settler in Sheikh Jarrah in front of police, writing that: "Instead of shooting him or arresting him, the officer is content to push him back.

"I am now on my way to the place to protect the Jewish residents. Enough of the promiscuity."

Soon after the tweet, Ben-Gvir, a member of the Israeli parliament, appeared in Sheikh Jarrah with a group of settlers who tried to storm the house of a Palestinian as well as slashing car tyres in the neighbourhood.

As Palestinians began to hurl stones at Ben-Gvir and the settlers, and officers began escorting him away, the politician pulled a gun, telling the officers: "If they are throwing stones. Shoot them."

Settler groups have long threatened Sheikh Jarrah's Palestinian residents, vowing to kick them out of their homes through various legal machinations.

The settlers' actions have been condemned by rights groups, and settler incursions have often led to confrontations in the area.

The Palestinian Red Crescent said 20 Palestinians were injured in Sheikh Jarrah during clashes with settlers and Israeli forces on Thursday evening.

Following the incident, Ben-Gvir, a member of the Religious Zionism political bloc, tweeted that the left is raging "that a Jew pulls out a gun against the threat of life in the heart of Jerusalem".

Earlier on Thursday, Ben-Gvir had told the Ynet news site that one of his demands for joining any coalition following Israel's elections next month would be changes to open-fire rules for the police and army.

Tensions in East Jerusalem are high with Israeli forces currently searching for attackers who shot dead two soldiers in separate incidents over the past week.

One soldier was killed on Tuesday near Nablus, south of Jenin, while on Saturday another was shot dead near an entrance to the Shuafat refugee camp in Israeli-annexed East Jerusalem. 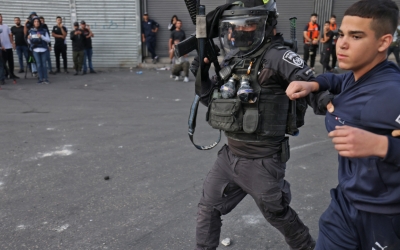 Residents of the camp have been trapped in the neighbourhood for nearly a week, with some unable to leave to receive critical health treatments and many basic supplies running low, as Israeli forces enforce a strict blockade as part of its search for the shooter.

Palestinians went on a day-long general strike earlier this week in the city, in solidarity with Shuafat residents.

There have been confrontations involving Israeli forces and Palestinians across East Jerusalem.

Palestinians had blocked some roads with burning tyres and rubbish bins while Israeli forces shot rubber-coated bullets and gas canisters at them.

The Palestinian Red Crescent said three children, including a seven-day-old baby, were treated for suffocation in the Ras al-Amud area after a gas canister fell between houses.

Israel's Kan news channel said that two settlers were injured after stones were thrown at them during confrontations with residents of Sheikh Jarrah. 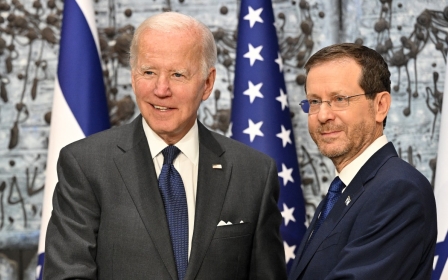 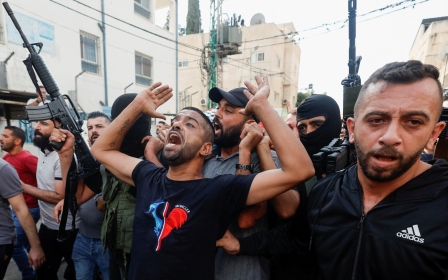 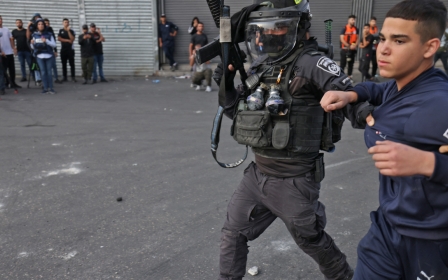