Family say they will seek justice for Suleiman al-Hathalin, 75, who had spent decades resisting the Israeli occupation 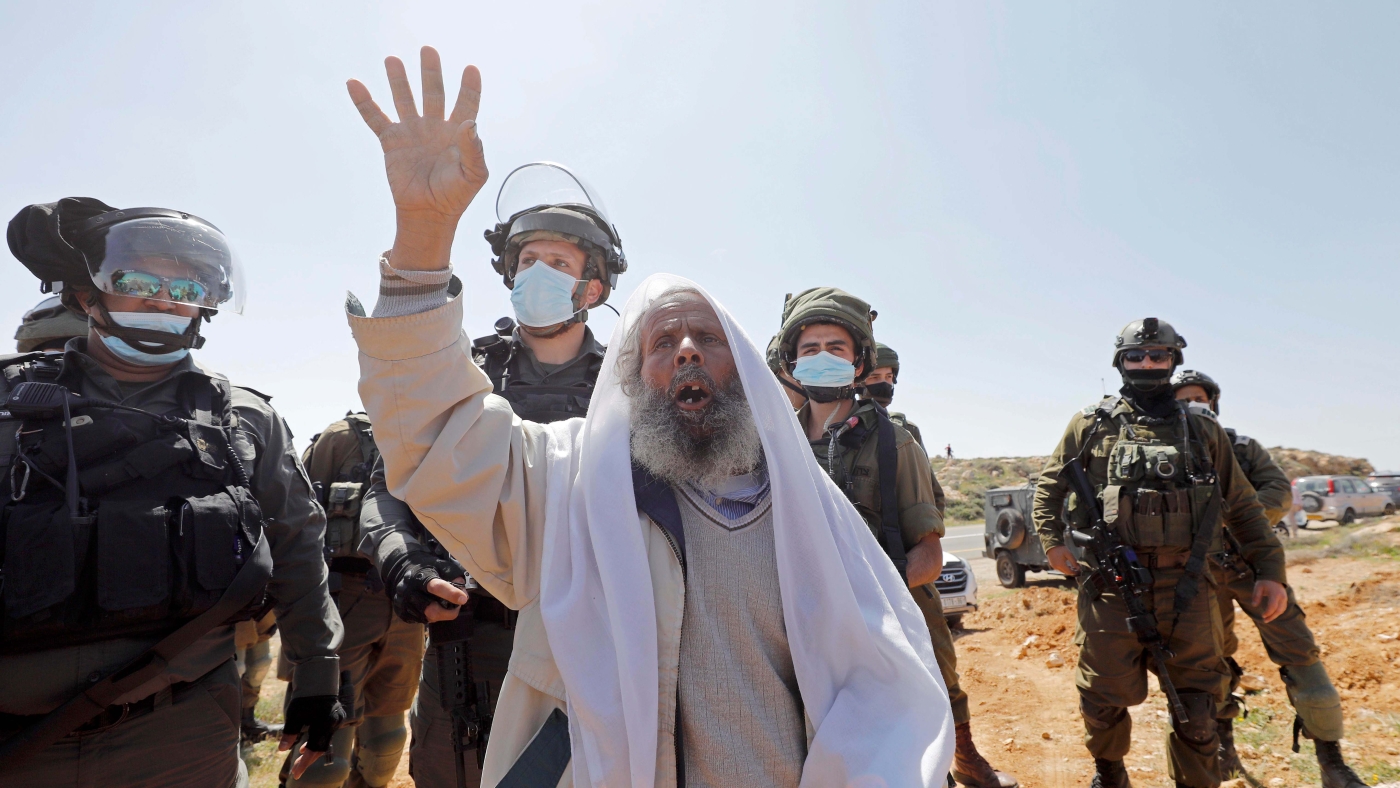 A fierce activist, Hathalin had dedicated his life to resisting the Israeli occupation, inspiring many to follow in his footsteps (AFP)
By
Akram al-Waara
in
Umm al-Khair, occupied Palestine

Suleiman al-Hathalin, 75, was the closest thing to an icon that many Palestinians and foreign activists in the occupied West Bank had encountered.

"Hajj Suleiman", as he was affectionately called by those who knew him, was a resident of the Palestinian village of Umm al-Khair in Masafer Yatta, a collection of Palestinian hamlets in the South Hebron Hills in the West Bank.

A fierce activist, who had dedicated his life to resisting the Israeli occupation, Hathalin succumbed on Monday to wounds sustained when an Israeli police tow truck ran him over two weeks ago. 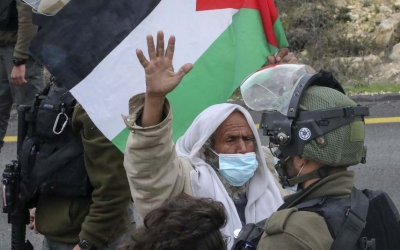 On Tuesday morning, thousands of Palestinians gathered on the hills of Umm al-Khair for Hathalin’s funeral procession.

The gathering drew mourners from across Palestine, both young and old, each with a story about how Hathalin inspired them.

“I came today from Ramallah to pay my respects to the hero and icon Sheikh Suleiman al-Hathalin,” Dr Emad Barghouthi, a professor of physics at Al-Quds University, told Middle East Eye.

“I never met the martyr Sheikh Suleiman personally, but I saw over the years how he stood in solidarity with his countrymen, and defended his land and his people from the occupation.”

“Sheikh Suleiman represented every Palestinian, and today Palestine has lost a great leader, fighter and resister, may he rest in peace.”

'He will be dearly missed'

Mohammed Zghayyer, 34, an activist from Hebron and a colleague of Hathalin, said the emotions he experienced as he walked in the funeral procession were “indescribable”.

“I grew up watching Hajj Suleiman take a stand against the occupation in all areas, and every corner of Palestine," said Zghayyer.

"He defended his home, his family, and all the people in Masafer Yatta against the occupation’s efforts to kick us out of our homes.

“Today Palestine lost an icon, a pillar of our community and the resistance. He will be dearly missed.”

Hathalin succumbed to wounds sustained earlier this month during an Israeli police raid on his town to seize unregistered and allegedly stolen vehicles.

Fouad al-Amour, the Coordinator of the Protection and Resilience Committee in Masafer Yatta, and a student and friend of Hathalin, told Middle East Eye at the time that Suleiman was “standing on the side of the road when the tow truck suddenly veered off the road and drove straight into him”.

Hathalin was rushed to hospital in Hebron where he had remained in intensive care, as doctors tried to treat him for fractures to his skull, ribs, hip, pelvis and neck.

“The news of his death this morning was shocking and painful to us, like we were struck by lightning,” Majed al-Hathalin, his 38-year-old nephew, told MEE on Monday, just hours after his death.

“We knew from the moment he entered the hospital that his condition was critical, and that he could die at any moment.

"But this is still devastating news,” Hathalin said, referring to his uncle as “our Sheikh,” meaning “our leader”, something his close friends and colleagues also called him.

“The feeling of loss is difficult, especially when it is your loved one,” said Hathalin, who grew up under his uncle’s wing.

“But today it is not just our family who is suffering, but all of Masafer Yatta, and all of Palestine.

“There is a sense of sadness and mourning in the homeland. I didn’t just lose an uncle, Palestine lost a pillar of the popular resistance movement against the occupation.”

Thrust into the resistance

Like many Palestinian activists and community leaders living under Israeli occupation, Hathalin was thrust into the resistance as a young man.

The son of refugees who fled from their homelands in 1948 during the Nakba and settled in Umm al-Khair, the effects of the occupation on Hathalin’s life began at birth.

Despite purchasing and owning the land in Umm al-Khair, the Hathalin family's presence in the village was considered "illegal" by Israel, who over the course of many decades demolished dozens of homes in the village multiple times, including Hathalin’s. 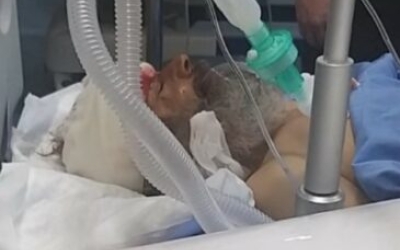 In 1981, an illegal Israeli settlement called "Carmel" was established on Umm al-Khair’s land, when Hathalin was a young man in his thirties.

He watched as his family’s land was confiscated and given to the settlers to rapidly build and expand upon, receiving resources to live a full and happy life with the full support of the Israeli government.

Hathalin did not choose to become an activist. He became what he had to be - a fierce advocate for his community, which day in and day out was under threat of being wiped off the map.

His life, and the life of his family and his people, depended on it.

“Hajj Suleiman is an icon. In fact, he is more than an icon,” said Amour, who grew up as a young man in Masafer Yatta, watching Hathalin confront the occupation.

“He was our guide, our teacher. He represented a school, an entire university of popular resistance.

“He spent more than 30 years resisting the occupation and its policies, and he inspired a whole generation in the process.

"I am where I am today because of him. The whole community is.”

'Honoured to have these memories of him'

For years, journalists from Palestine and around the world travelled to Masafer Yatta to cover the ongoing efforts of the Israeli government to expel Palestinians from their lands.

In the thousands of photographs taken over the years, Hathalin was often the focus, instantly recognisable with his long grey beard, weathered wooden cane, and white "hatta", or scarf, draped over his head.

His age never stopped him from taking part in demonstrations, not only in Masafer Yatta, but across the West Bank.

Wherever there were Palestinians under threat from the occupation, Hathalin was there, facing off with Israeli soldiers, or using his own body to stand in the way of Israeli military jeeps and bulldozers on their way to demolish Palestinian homes.

“I remember one particular event in Ein al-Beida in the Jordan Valley, where the occupation was trying to confiscate Palestinain land,” Amour recalled.

“There was a group of solidarity activists in that area blocking the soldiers' path, and the Sheikh went to join them.

“The soldiers threw sound bombs directly at the Sheikh to try to stop him from reaching the group, but he just kept going.

"He kept his head held high, and called out ‘God is great, praise be to God, God free all our prisoners and captives’,” said Amour.

Even when the soldiers tried to grab him, and stop him by force, said Amour, Hathalin persisted, eventually making his way to join the group of activists.

“It was one of the most powerful scenes I’ve witnessed of the Sheikh and his resistance,” said Amour.

“I’ve been scrolling on social media all afternoon, looking at all the different pictures and stories people are posting of the Sheikh from the different activities he participated in.

“On many of these occasions, I was right beside him. My pain is great, but I feel honoured to have these memories of him.”

As his family, friends and colleagues from across Palestine laid Hathalin’s body - wrapped in a Palestinian flag - into the earth of the place he fought so hard for, there was an overwhelming feeling of both sadness and anger.

There was also frustration over the fact that even in death, Hathalin was confronted with grave injustice.

The Israeli police, who had contracted the tow truck that ran over and killed Hathalin, have indicated no plans to hold the driver, or the police officers who witnessed the incident, accountable for what happened.

Following the incident, Israeli police attempted to justify their actions, saying in a statement that Palestinians had “thrown stones at the truck” and at police in the area, “making it impossible for them to stop” and help Hathalin, who they said “had climbed on the vehicle and fallen”.

“We hold the police fully responsible for the Sheikh’s assassination,” said Hathalin. “And what happened was an assassination.”

'We will not abandon him'

Strongly rejecting the claim his uncle had climbed onto the truck and fallen, Hathalin said: “There were dozens of us who witnessed the attack.

"It happened right in front of our eyes, the Sheikh was standing on the side of the road, and the truck deliberately ran him over, then fled the scene."

Hathalin said that though the family and the people of Masafer Yatta want justice for his uncle, he does not believe it will come from the Israeli authorities.

“The judge, jury and executioner are one and the same,” he said. “The Israeli courts have no credibility. They will not prosecute the killer.

“This is not the first time the Israeli occupation has assassinated a Palestinian freedom fighter.

“Hajj Suleiman was a peaceful fighter, he did not carry a gun or a weapon.

"He resisted the occupation peacefully, and in the process he reached the hearts of all people in Palestine and abroad.

“Hajj Suleiman was a patriot. He never abandoned his homeland, and we will not abandon him.” 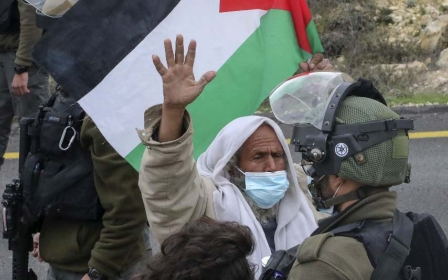 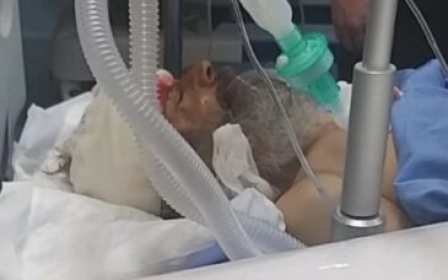 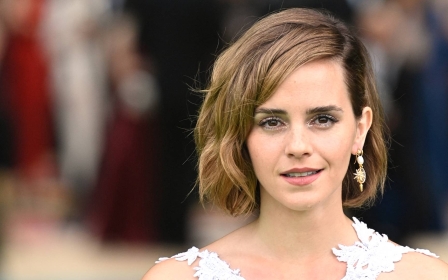