'We will overcome': Jenin's rebellious history as told by its elders 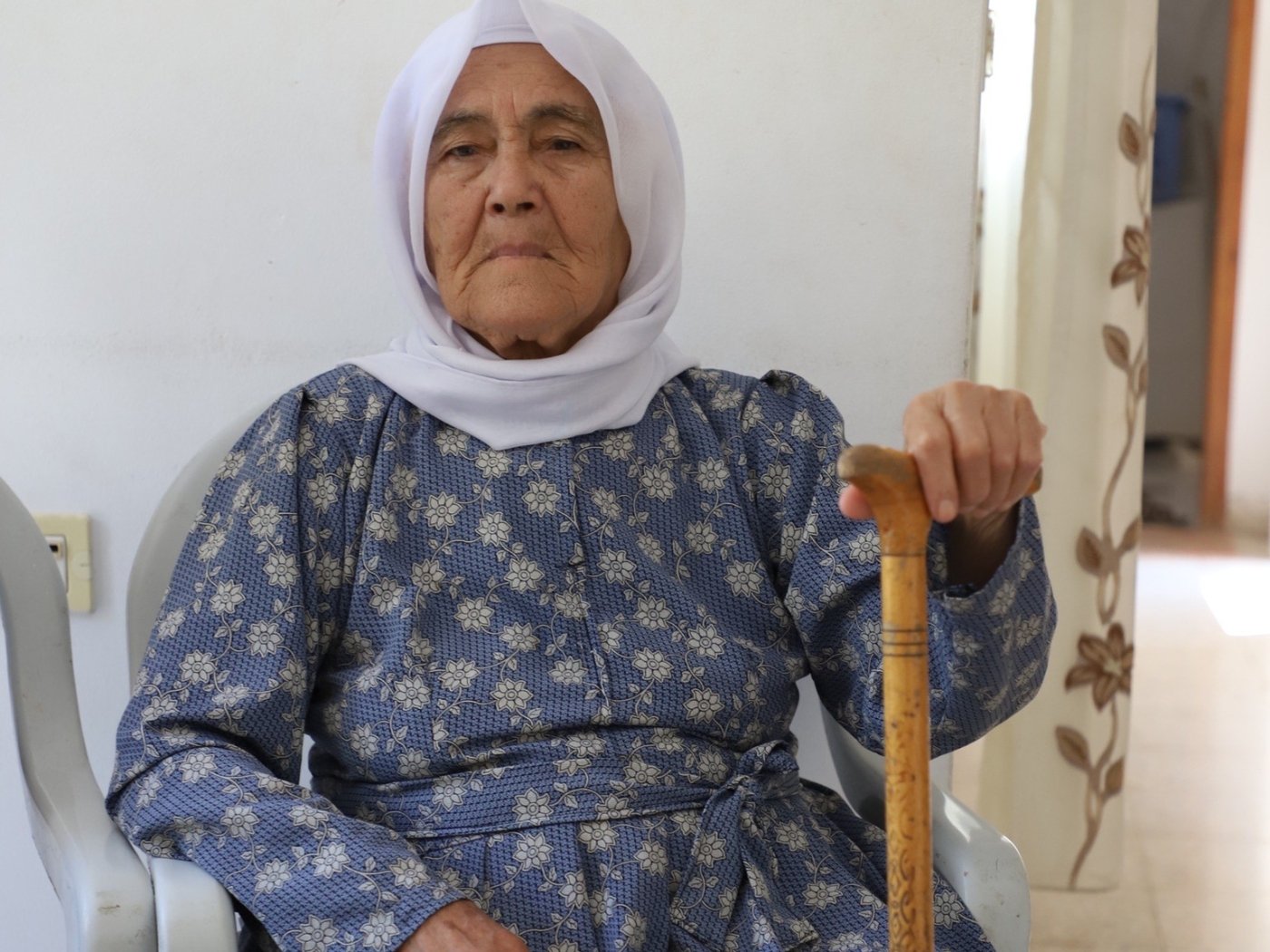 Long before six Palestinian prisoners dug their way out of an Israeli maximum security prison with spoons earlier this month, their hometown of Jenin was at the forefront of Palestinian resistance.

From the invasion of Napoleon Bonaparte's army up to the recent gun battles between local armed youth and Israeli security forces, residents in the northern West Bank city talk with pride about their storied defiance.

"I grew up listening to the heroic story of my great uncle, Farhan al-Saadi and [Izz al-Din] al-Qassam, who planted the seeds of resistance, and inspired the next generation in Jenin, including myself," said Bassam al-Saadi, now 61.

Like the memories of Saadi, the stories and family histories that older residents share trace a long legacy of struggle against oppression and occupation that lives on today.

Jenin is set at the foot of the rugged Nablus hills - the Jabal an-Nar or "the mountains of fire," as they were called after residents set fire to olive groves and forests to halt the advance of French soldiers in 1799.

When the French eventually won the battle, Napoleon ordered his soldiers to burn and loot Jenin in retaliation for their aid to the Ottomans.

Over a century later, Jenin was captured in September 1918 by British allies during World War One and fell under the control of the British Mandate authorities along with the rest of Palestine.

It was during this period that Izz al-Din al-Qassam, a Muslim preacher and social reformer, organised the first Palestinian armed resistance in 1935 against the British in the Jenin area.

By 1936, Jenin was a centre of rebellion against the British authorities, led by Qassam's friend - and Bassam al-Saadi's great uncle - Farhan al-Saadi.

Farhan al-Saadi, originally from a village near Jenin, participated in demonstrations against the British and in the 1929 Al-Buraq uprising, which was a confrontation between Muslims and Jews over access to a holy site in Jerusalem that spread across the country.

The two men had met years earlier before British authorities imprisoned his great uncle from 1929 to 1932, said Bassam al-Saadi.

"My mother told me that she saw al-Qassam coming to visit my great uncle in his house at Almazar village," Saadi told Middle East Eye.

"But when he was released from prison, he joined al-Qassam, who found a popular incubator for his revolution in Jenin within the peasants who supported the revolution."

Months before the beginning of the Arab revolt against the British Mandate, which called for Palestinian independence and the end of open-ended Jewish immigration, Qassam was killed in a firefight with British colonial police.

But Farhan al-Saadi carried on. On 15 April 1936, his group ambushed a bus on the Nablus-Tulkarm road near Jenin.

Two Jewish passengers were killed in revenge for the killing of Palestinians by Jewish organisations, an incident seen as the starting point of the revolt.

Bassam al-Saadi said his mother was a teenager when his great uncle was arrested at their family home in 1937. He was executed in November 1937 at the age of 75, but the rebellion in Jenin continued.

In 1938, one day after a senior British commander was assassinated in his Jenin office, a large British force with explosives and dynamite entered Jenin and blew up about one-quarter of the town.

The revolt ended in 1939 when British Mandate officials issued a white paper promising to slow down Jewish immigration to Palestine and after most of the Palestinian revolutionary leadership had either been assassinated or arrested.

Rebuilding with mud and stone

In 1948, after Israel declared independence and as thousands of Palestinians were killed or driven from their homes, uprooted by Jewish paramilitary groups, the Israeli army briefly occupied Jenin.

The city could have met the same fate as the neighbouring city of Haifa, which was occupied by Israel and whose Arab residents were displaced. Most of Jenin's residents were forced to flee under the heavy bombardment of their city.

But instead of being occupied, Jenin was defended by the Iraqi Army and Palestinian volunteers, including Mohammad Qasrawi from the village of Burqin near Jenin.

"Many people were killed, including three of my friends, and we buried them with Iraqi martyrs at Al-Shuhada Cemetery, but we won the battle and defeated the gangs," he said.

In 1949, Jenin came under Jordanian rule, and in the early 50s Jenin camp was established to house displaced Palestinians expelled during the 1948 war between Israel and Arab countries.

The camp on the western outskirts of Jenin later became a stronghold of resistance to Israeli occupation.

Khadra Abu Sariyyi, 84, remembers when the Zionist militias destroyed the village of Zare'en, her hometown, and displaced her family, who were forced to live as refugees in Jenin camp.

"We built a house of stone and mud in the camp," she said, talking with MEE in the Jenin camp where she still lives and where her family's home has been demolished twice.

"My brother Hassan, who was one of the rebels against the British and got involved with the revolution, was shot dead in 1969 by Israeli military, who subsequently kidnapped the body."

His body was never returned, and the family remains unsure to this day where he is buried.

Bassam al-Saadi, too, remembers his time growing up in the Jenin camp after his parents fled their village of Al-Mazar, also razed by Jewish militias, when the tales of his great uncle and Qassam were passed down.

'Their hope was to return'

Jenin fell under Israeli occupation after the 1967 war, prompting many local youths like Jamal Zobaidi to join the resistance against the occupation.

Zobaidi, now 65, said he and his family, along with many other residents, fled Jenin Camp for the mountains during the war to escape continuous shelling.

"Their hope was to return to their displaced villages, but they returned to the camp instead," Zobaidi said.

Zobaidi struggled against the Israeli occupation through peaceful activities throughout the 1970s and into the 1980s. He was jailed for six months without charge or trial in 1987. His house, he said, was one of several demolished by the Israeli army as collective punishment.

In December 1987, when protests and demonstrations against Israeli occupation erupted across the West Bank and Gaza, residents in Jenin resisted.

Joma'a Abu Jabal, 54, who was born in the Jenin Camp after his family was driven from Lid al-Awadeen, the village near Haifa where they were living in 1948, remembers it well.

"The Israeli army with armoured jeeps failed to storm the camp for 60 days due to the fierce resistance," he told MEE.

Abu Jabal's brother, Isam, was shot dead by an Israeli sniper when the army eventually stormed the camp in February 1988.

Abu Jabal was arrested more than 10 times by the Israeli army between 1987 and 2020, and accused of being affiliated with Hamas. He spent a total of more than five years in prison and works these days in construction.

During the second Intifada, the Israeli army attacked the Jenin Camp as part of what was called Operation Defensive Shield.

In April 2002, the Israeli army besieged the camp, cut off water, food, and electricity, and prevented medical staff from entering before bombing it with F-16 warplanes and artillery shells.

The operation led to the killing of dozens of Palestinians, the destruction of dozens of homes, and the displacement of thousands of residents - and became an important symbol of Israel's oppression and of Palestinian resistance.

During the invasion, Joma'a Abu Jabal was storing and distributing food to camp residents when an Israeli soldier shot him in the leg with an explosive bullet that shattered his kneecap.

For four days, his wounds bled while he hid in an abandoned house to avoid arrest. But when the army invaded the camp, he was picked up and jailed for six months.

"They took me to prison, where they left me bleeding until my foot was infected. I was subjected to interrogation and torture by beatings on my injured foot," he said. "I was admitted to the hospital, where my leg was amputated without my consent".

During the same invasion, Jamal Zubaidi, 65, was trapped in his house with 14 members of his family. Their home had already been demolished during the first intifada.

"The Israeli planes bombed our house with three missiles, turning the house into rubble for the second time, but we miraculously survived," he said.

While Zubaidi's family survived the bombing, the operation was devastating in other ways. His mother, Sameera, was shot dead by the Israeli army shortly before the invasion in March. And the army, he said, murdered his brother, Taha, the following month.

"During the invasion, the bodies of the martyrs were filling the streets, so we started collecting the remains and bodies to bury them in temporary graves, until the end of the battle, where they were buried en masse," he said.

Their home would be partly demolished for a third time in 2004 when the Israeli army was on a manhunt for his brother, Zakariyya.

A well-known resistance figure and former commander of the al-Aqsa Martyrs Brigades, Zakariyya was one of the six prisoners to escape Israel's Gilboa prison earlier this month, before he was captured and returned to prison. 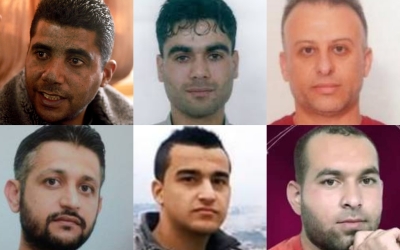 He had been in jail since 2019 on charges of engaging in armed activities against Israel, years after agreeing to put down his arms in 2007.

Three of Zubaidi's other brothers are also in jail for their participation in resistance activities, mainly in Fatah-linked groups: Yahya for 17 years, Jibreel for 13 years, and Dawood for 20 years.

Today, the Jenin Camp is still one of the few hotspots of resistance against the Israeli occupation - and a rare place where unity is enjoyed among all the Palestinian factions, including Fatah and Hamas. 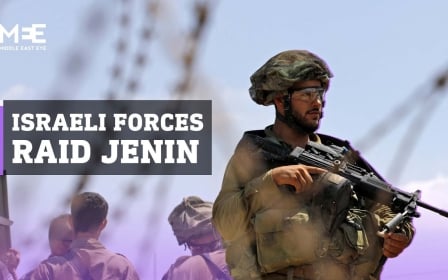 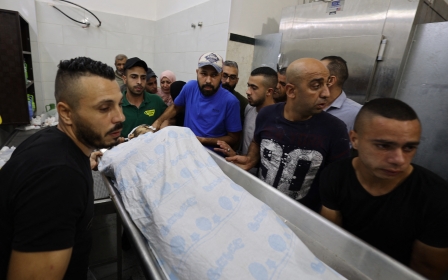 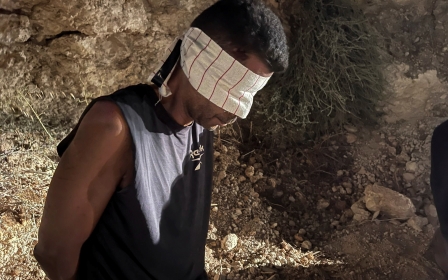