Exiled rival of Mahmoud Abbas, convicted of corruption in 2016, will be 'on top of the list' of names of fugitives sought by PA through Interpol 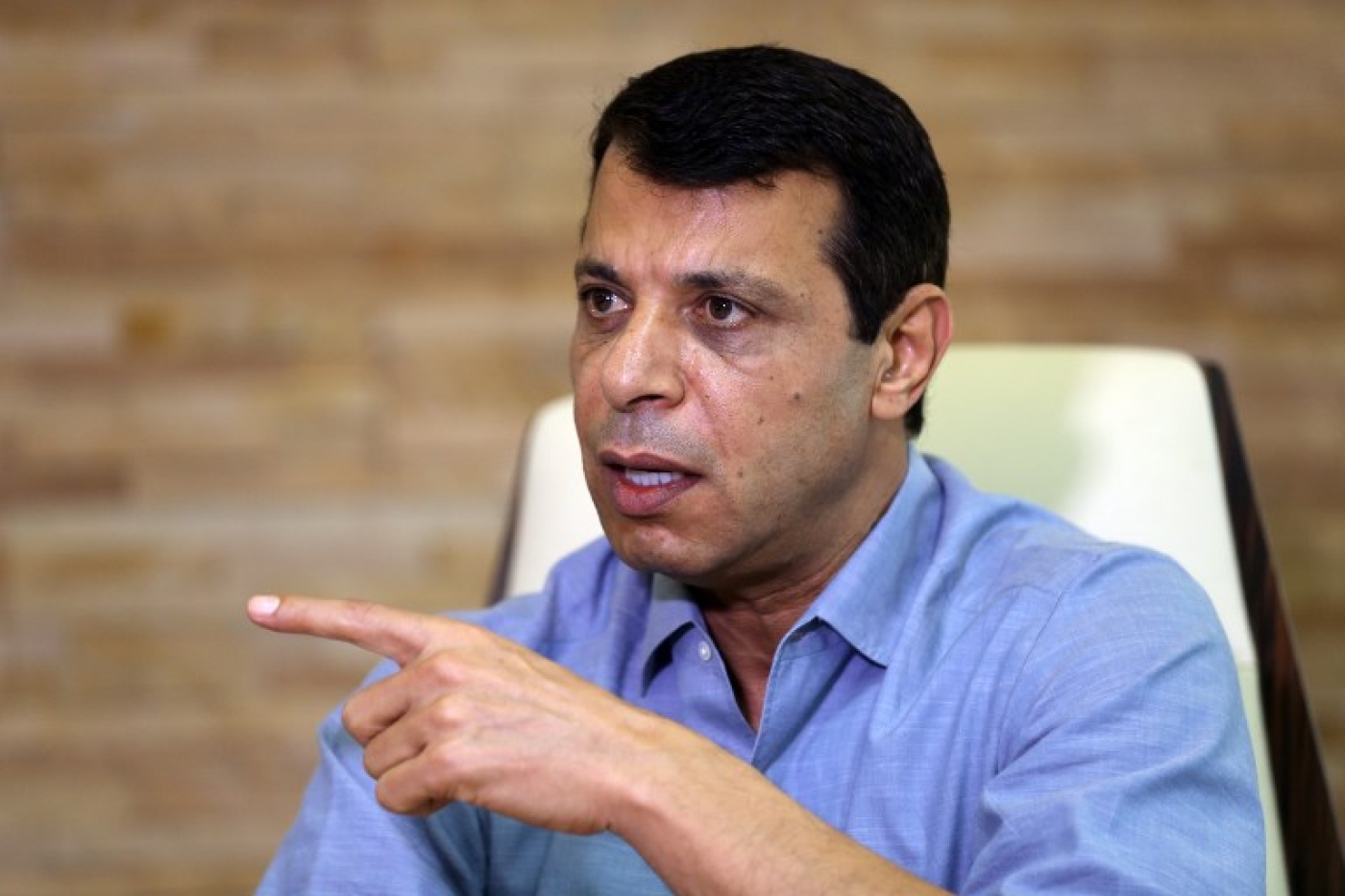 Exiled Palestinian politician Mohammed Dahlan and two of his associates will head a long list of fugitives that the Palestinian Authority will ask Interpol to pursue after gaining membership of the international policing body earlier this week, PA officials have told Middle East Eye.

“Mohammed Dahlan, Mohammed Rashid and Walid Najab, are going to be on top of the list,” an aide to PA President Mahmoud Abbas said.

The official, who preferred to remain anonymous because he was not authorised to discuss the issue, said: “The main purpose of the PA joining the Interpol was to have a membership of this very important international organisation and pursue dozens of criminals who escaped justice and resorted to other countries, particularly the ones who stole public funds, and Dahlan and his group are no exception."

Dahlan, the PA's security chief in Gaza prior to Hamas gaining control of the strip in 2007, has been in exile in Dubai since 2010 and was suspended by Fatah because of his alleged involvement - denied by Dahlan - in a plot to overthrow Abbas.

He was subsequently convicted in absentia by an anti-corruption court in Ramallah in December 2016 of stealing public funds along with Rashid, a former economic adviser to the late Palestinian president Yasser Arafat, and Najab.

He was sentenced to three years in prison and fined $16m, but said that the trial was political and a consequence of his rivalry with Abbas.

“The trial came as an attempt of President Abbas to get rid of his political foes,” he said at the time.

The conviction came two days after Abbas lifted the immunity of five members of the Palestinian parliament, including Dahlan, opening them up to prosecution.

The lifting of parliamentary immunity was condemned at the time by a coalition of Palestinian human rights organisations who called the move "an act of aggression against the popular will".

Since his exile Dahlan has established close links with the UAE's rulers as well as the government of Egyptian President Abdel Fattah al-Sisi.

He is also considered to retain significant political influence in Gaza. In July he claimed to be in the process of negotiating a power-sharing deal with Hamas, with the UAE reported to be pumping up to $15m a month into the besieged enclave in support of his efforts.

Palestine was elected as a member of Interpol earlier this week following a two-year application process during which the global policing organisation closely scrutinised its police apparatus and judiciary system.

Israel strongly resisted the PA's efforts to join the organisation, but the PA's membership was approved by the required two-thirds majority at Interpol's general assembly in Beijing on Wednesday.

Membership of Interpol marks another step towards wider international recognition for Palestine which has had non-member state status at the United Nations General Assembly since 2012 and is also signed up to other organisations including the International Criminal Court.

Rafiq Bathseh, the head of the Palestinian Anti-Corruption Organisation, told MEE: “All the ones convicted in Palestinian court, and currently at large, will be pursued through Interpol.

“Dozens of convicted criminals have escaped the country, and all will be pursued, with no exception.”

Bathseh said the PA would seek the return of millions of dollars stolen by these people, many of whom are former government officials.

PA efforts to extradite Dahlan through Interpol would create political troubles with the United Arab Emirates, which is also a member of the organisation.

“The UAE will have no choice, either to extradite Dahlan or put him in jail, or he can go to [a country] which is not a member of Interpol,” the official said.

However, there is no compulsion for member states to act when a red notice is issued, and a senior US lawmaker has already suggested that red notices issued by Palestine may not be widely recognised.