In wake of Gaza conflict, Palestinian Authority cracks down on West Bank activists

In parallel with Israel's clampdown on its Palestinian citizens, the PA has arrested tens over participation in protests and social media posts 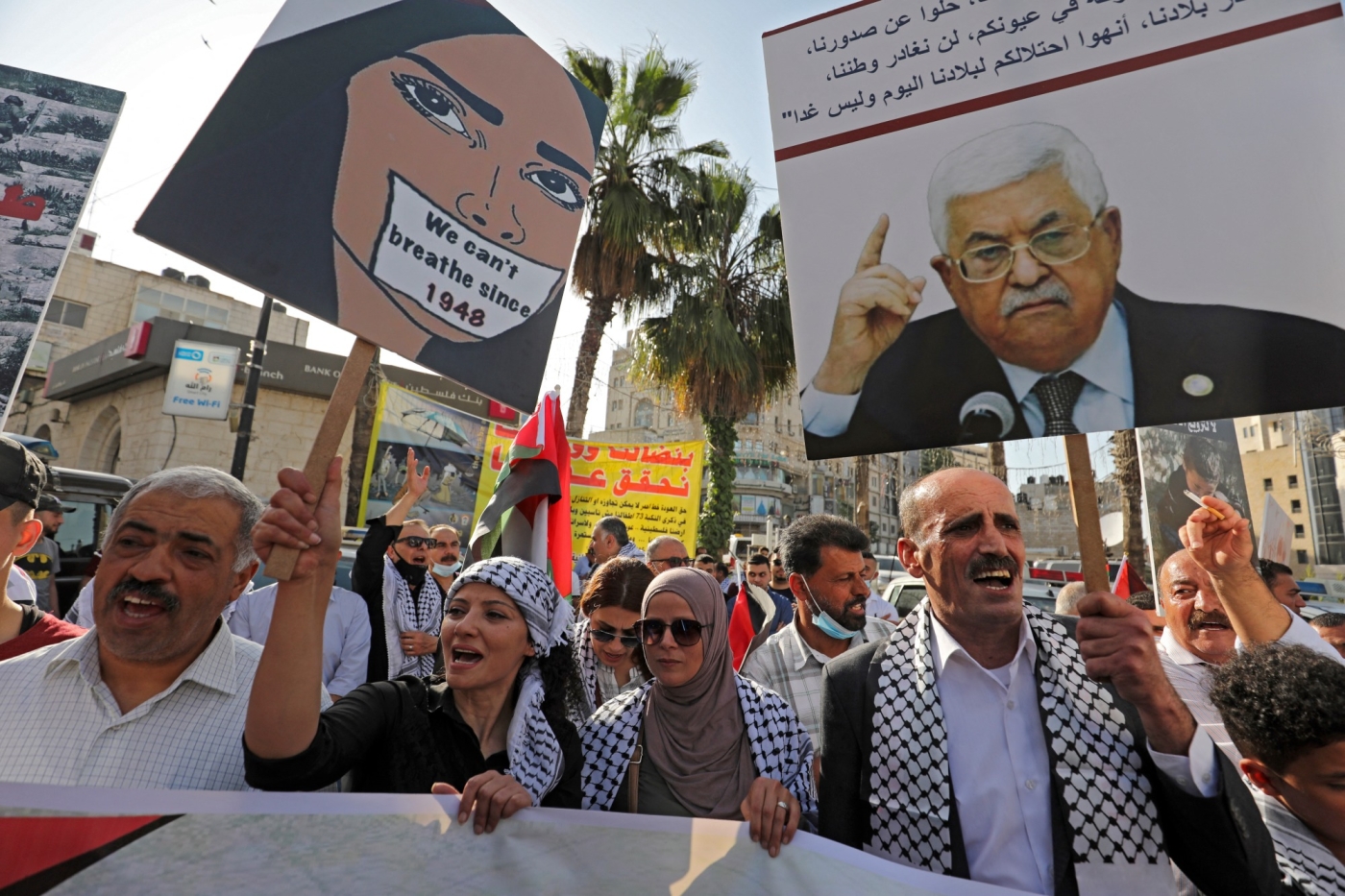 The Palestinian Authority (PA) has increased its political arrests in the occupied West Bank in recent weeks, as Palestinians across the occupied territories and Israel have protested against Israel’s planned eviction of residents of Sheikh Jarrah in occupied East Jerusalem and the Israeli bombardment of the besieged Gaza Strip. 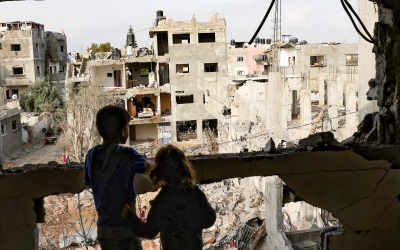 The campaign of arrests reached its peak on 22 May, shortly after Israel and Hamas (the Palestinian movement governing Gaza) reached a ceasefire agreement after 11 days of deadly violence.

PA forces have arrested at least 14 Palestinians over their participation in demonstrations or social media posts since the start of May, according to the Ramallah-based Lawyers for Justice group. Others have also been summoned for interrogation, although the total figure remains unclear.

One of those arrested was Tareq Khudairi, 23, who was detained by PA forces on 22 May on the basis of his participation in protests in Ramallah. His detention, which lasted four days, sparked popular anger and worry, as many posted in solidarity with him on social media calling for his release.

Khudairi’s case is far from isolated. Just as Israeli authorities have carried out a large sweep of arrests of Palestinian citizens of Israel, the PA - long criticised for its security coordination with Israel - has in parallel detained many politically active Palestinians, in what some have seen as an attempt to clamp down on growing anger in Palestinian society.

A fresh graduate of political science from Birzeit University, Khudairi is considered an influential political activist in Ramallah. He is known to lead protests and unify demonstrators through patriotic chants.

Ammar Khudairi, Tareq’s father, told Middle East Eye (MEE) that he received a call on 22 May from the PA’s preventive security forces informing him that his son was being summoned to a station for a few minutes of questioning.

“Tareq was shown an unclear video, with sound and no picture, and he was asked whether it was his voice in the video,” said Ammar.

The video, taken during one of the protests in Ramallah, shows crowds chanting after Khudairi, while a member of PA security forces is heard saying the chants include foul language against former PA President Yasser Arafat.

Preventive security forces demanded that Khudairi remained with them for his own safety, which his father at first rejected.

However, the video was shared widely on social media by accounts mostly affiliated with Fatah, the ruling party of the PA. Many posts called for Khudairi to be punished and threatened him and his family.

At this point, Ammar said the family was forced to agree to leave Khudairi with preventive security.

Then Ammar went home to pick up his son’s medications, which he needed to treat his diabetes, brain tumour, and hormonal imbalances. But when he returned to the station his son had been transferred to the infamous Jericho prison.

“Tareq was in detention for four days in difficult circumstances. He was subjected to psychological pressure that impacted him mentally and physically,” Ammar said. “He was released after many initiatives we took as a family to apply pressure, through demonstrations and speaking to media and rights organisations.”

Ammar rejected accusations that his son did anything wrong.

“Tareq participated like any other Palestinian,” his father argued. “He is a young man who is popular for his chants, which unite all political parties. We reject what he was exposed to on the basis of participation in protests that all Palestinians took part in.”

In a post on Twitter, Amnesty International called for Khudairi’s immediate release, rejected the arbitrary arrest he was subject to for practicing his right to free expression, and called on the PA to end its suppression of peaceful opposition.

Following news of Khudairi’s arrest, Hussam Ammarin was one of the many who posted on Facebook in solidarity. Ammarin wrote that he rejected arrests on the basis of insulting a president and that he did not consider it to be a crime.

A few hours later, PA security forces arrested him in his home in Beit Ummar, north of Hebron city.

Yousef Ammarin, Hussam’s father, told MEE that his son remains in detention in Jericho prison and that the family has not received any information about him since. He said that his son was arrested over his Facebook post and that this was his first run-in with law enforcement.

Ammarin is a second-year student at al-Quds University. Final exams began there on Monday. His classmates refused to sit the exam in solidarity and have called for his immediate release.

“Hussam is a medical student who pays a lot of attention to his studies. He does not engage in political activity. He was spending his time studying for his exams and not leaving the house,” said Yousef. “The continuation of his detention threatens his ability to finish his school year, and to complete his degree in time.”

Ammar Dweik, head of the Independent Commission for Human Rights (ICHR), a national body tasked with monitoring rights violations by the PA, told MEE that he expected that “the situation will begin to ease”.

“Three detainees have been released, and there are others whose conditions we are still monitoring," he said.

Dweik highlighted that those who remain in detention are not affiliated with Hamas - Fatah’s main rival in Palestinian politics - and that they were being held over their posts on Facebook.

He said that the accusations being levied against the recently detained Palestinians were not new.

“We receive constant demands for amendments to the laws, and the removal of phrases written in an unclear way,” added Dweik.

Ali Salma, the father of political detainee Akram Salma, told MEE that his son was one of the activists affiliated with the Hamas movement and that he had been arrested several times by PA security forces for his political activism, under charges of “inciting sectarian strife.”

Salma, 31, has also been imprisoned by Israel under administrative detention - without charges or trial - on multiple occasions.

According to his father, Salma was arrested because he had attended a demonstration in Ramallah in solidarity with Sheikh Jarrah and Gaza, and once again accused of “inciting sectarian strife”.

Salma is a father of three, the youngest of whom is less than a month old. After being arrested on 22 May, a court extended his detention on 26 May for an additional 15 days, on the basis of continuing interrogation.

"We expected the court to release him,” said Ali. “We feel a great deal of pain. Our son is being tried because he is a patriotic person who went out in demonstrations. There is no greater injustice than this.”

Allegations of torture and denial of a fair trial

In a statement on 11 May, Lawyers for Justice released a statement warning against the rise in political arrests, and in particular those without trial, who are held under the orders of regional governors.

The group said that arrests were carried out by PA intelligence services and that the detainees were being held under preventive security orders without any legal basis.

The group also documented PA security crackdowns on solidarity protests in Ramallah, Hebron, and Jenin, and said: “we warn against these violations and we call for the end of all violations against free speech, expression, and assembly.” 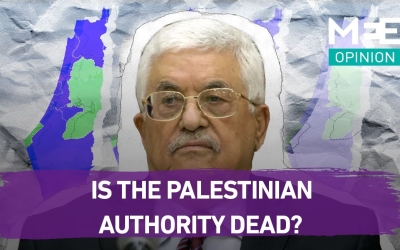 Should the Palestinian Authority be dissolved?
Read More »

Muhannad Karajeh, the founder of the Lawyers for Justice group, told MEE that most of the charges levied were under the clauses “inciting sectarian strife” and “slander” of the PA, on the basis of posts on social media and participation in recent popular activities.

Karajeh said that all the recent political detainees were transferred to Jericho prison, which is run by a joint committee of all PA security services.

Some of the detainees reported being beaten and endured shabeh, a form of torture in which the detainee is forced into stress positions for long periods of time, Karajeh said.

The detainees were brought before the courts under the security committee in Jericho instead of the court of jurisdiction in their hometowns - a move that Karajeh said was a violation of fair trial standards under Palestinian law.

Meanwhile, lawyers are prevented from visiting their clients in the prison or obtaining power of attorney for other detainees, continued Karajeh.

While the Jericho prison is “known for its bad reputation in terms of torture and poor detention conditions”, Karajeh said that “despite calls from human rights groups to dissolve this committee and close the prison, nothing has happened so far”.

In contrast with Dweik’s views, Karajeh warned that political arrests were likely to increase in the coming days, particularly in light of the postponement of elections, and tensions in the political arena.

While a presidential decree was issued on 20 February - in preparation for elections that have since been postponed - reiterating the protection of freedom of expression, security forces have failed to abide by it.

The political nature of the arrests has been made more obvious given that some of the recent arrests, including Khudairi’s, came following calls on social media by those close to the PA and the Fatah movement.

In one example, Fatah activist Zaher Abu Hussein commented on a Facebook post critical of the PA, saying: “He was arrested. Who’s next?”

“Several activists tried to pursue those who incite against them on social media when this incitement caused them harm,” Karajeh said. “However, courts did not respond to these files and did not reach a decision." 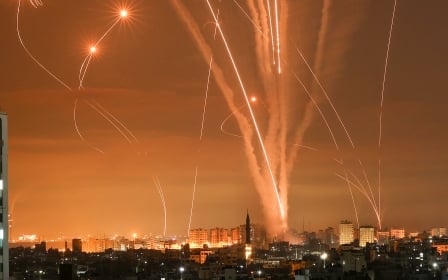 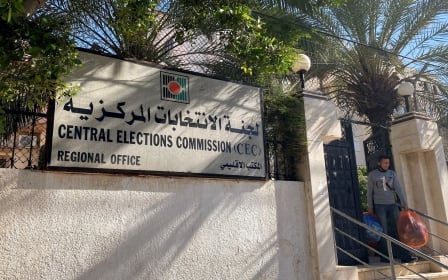 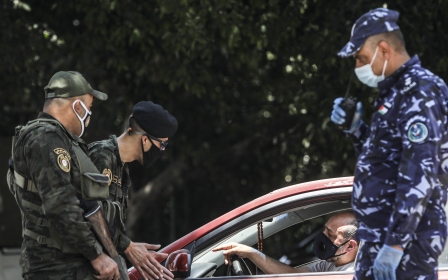