A Palestinian youth walks past a building that was destroyed in May during Israel's 11-day bombardment of the Gaza Strip, on 23 September (AFP/File photo)
By
MEE and agencies

The Palestinian Authority has called on Sudan to release assets it seized as part of a crackdown targeting Sudan-based operations to fund the Gaza-based Hamas movement.

Hussein al-Sheikh, a senior Palestinian official close to President Mahmoud Abbas, made the call public in a tweet on Saturday.

"We hope that the state of #Sudan, which has always been a supporter (people and a government) to #Palestine, to hand over the movable and immovable funds that were confiscated to the State of Palestine and its Government," Sheikh said, adding that the "great people under siege in #Gaza" are in particular need of the funds.

The Palestinian people are in need of this money, especially our great people under siege in #Gaza. (P2/2) https://t.co/QVTuASjLSf

Sudan was long an ally of Hamas under former president Omar al-Bashir, but, since he was overthrown in 2019, Sudanese authorities have taken control of investments and companies they say channelled funding to the Hamas movement for years.

Hamas, a bitter rival of Abbas, said on Friday it had no links to companies and individuals targeted by Sudan's crackdown, saying the seized assets belonged to Palestinian investors and businesses.

"What happened in #Sudan is a conflict between the civilian and military parts in #Hamdok's government to win US support. A cheap game using the name of the movement as a slander," wrote Abu Marzouk on his Twitter account late on Saturday, referring to Sudanese Prime Minister Abdalla Hamdok.

People like @HusseinSheikhpl are fishing in troubled waters. What happened in #Sudan is a conflict between the civilian and military parts in #Hamdok's government to win US support.
A cheap game using the name of the movement as a slander.https://t.co/VfPirAv9zG

In Khartoum, a senior official in the task force overseeing government-led asset seizures did not immediately respond to a request for comment, Reuters reported.

The task force has said it does not seize legitimate private property but rather retrieves public property that was misappropriated during Bashir's long rule.

Hamas is designated by a series of western nations as a terrorist organisation, and Sudan's takeover of at least a dozen companies that officials say were linked to Hamas has helped accelerate its realignment with such governments since Bashir's overthrow.

Over the past year, Khartoum has won removal from the US state sponsors of terrorism list and is on course for relief of more than $50bn in debt. 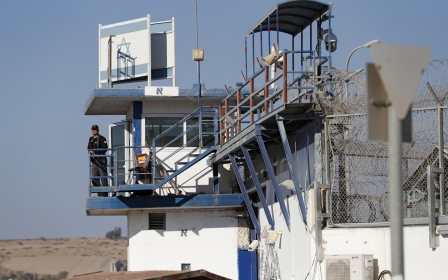 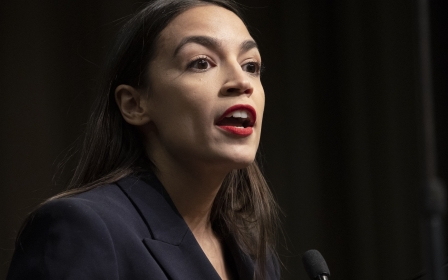 US Politics
AOC faces backlash for crying, but not voting, over bill to fund Israel's Iron Dome