Yousef al-Daya, who was briefly revived by doctors, is 48th child to be killed as Great March of Return enters its 48th week 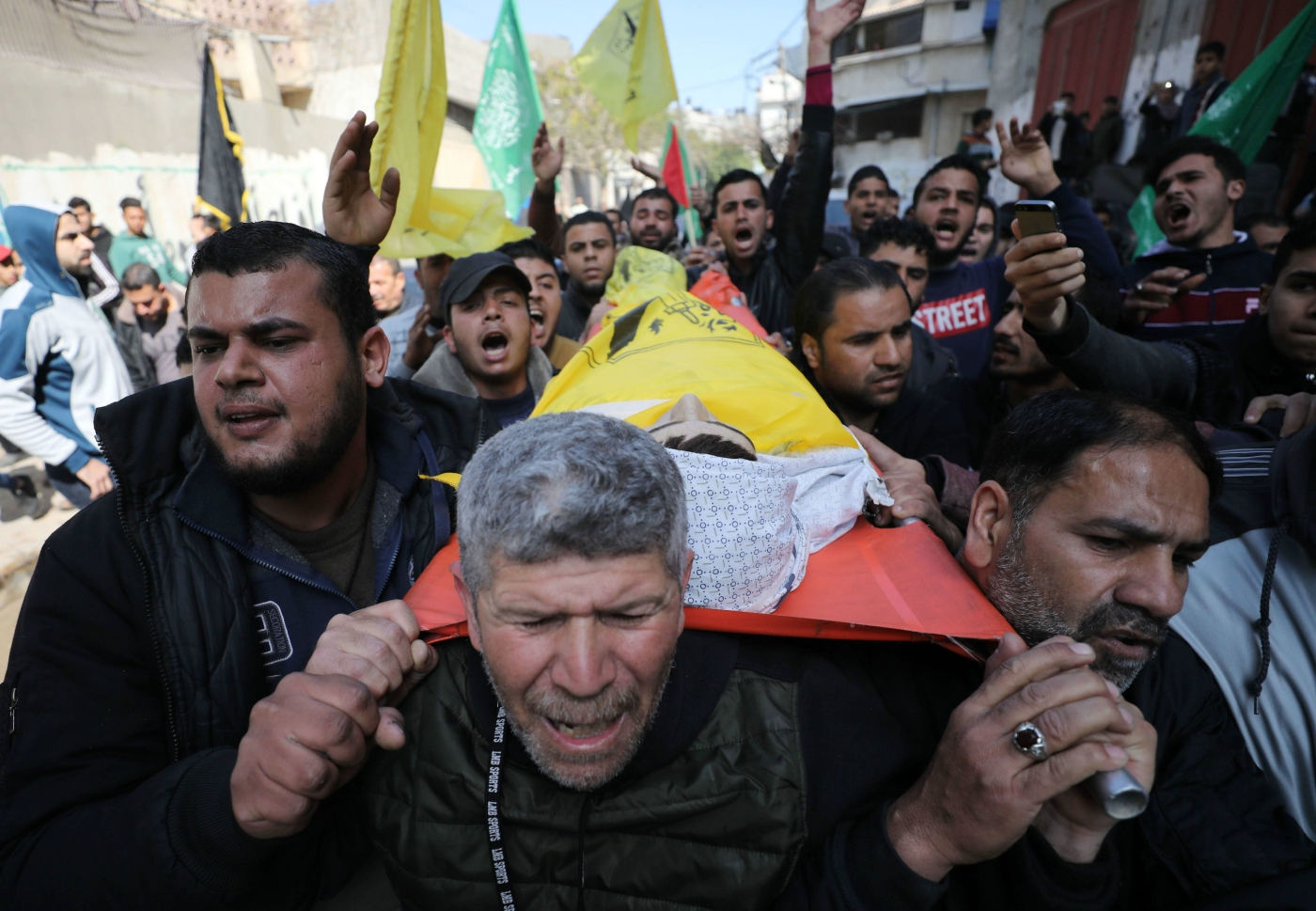 Yousef al-Daya, a 15-year-old Palestinian boy, was killed by Israeli forces on Friday, the 48th child to be killed as the Great March of Return protests, which began last March, entered their 48th week.

This past week alone, Israeli soldiers have also injured 115 protesters, including 16 children, 10 women, a journalist and a paramedic, according to the Gaza Ministry of Health.

Yousef was shot with live ammunition 150 metres from the fence separating the Gaza Strip with Israel. Nidal Wheidi, a Palestinian photojournalist who was on the scene, told MEE what happened when the teenager got shot.

"He [Yousef] was walking towards us, we were approximately 150 metres away from the fence, we suddenly heard a gunshot, we realized that there was a man injured in his leg."

Wheidi walked closer to the man with the injury to his leg, anticipating that he was the only one hit.

In fact, the bullet the Israeli forces had fired had actually entered Yousef's body, exploded near his heart, exited from his back, and injured the other man's leg.

Protesters then gathered around Yousef as he lay on the ground, calling the paramedics to rescue him.

Brought back from the dead

A paramedic, who wished to remain anonymous, told MEE: "It was 4.11pm, he [Yousef] was shot and fell on the ground, we hurried towards him, carried him on the stretcher, then transferred him to the medical point.

"We gave him first aid, he had internal bleeding, he was heavily bleeding from his nose and mouth, his situation was very critical we transferred him to al-Shifa Hospital."

In a desperate attempt to save his life, doctors then transferred Yousef to surgery, but at 4.59pm, the Gaza Ministry of Health announced his death.

However, at 5.15pm, the ministry announced that doctors had been able to revive him.

After an hour and a half, however, Yousef's heart stopped again. He was again pronounced dead and transferred to the mortuary in al-Shifa hospital.

Yousef's family said they had no clue that he had been injured and then initially revived, they only knew he had been killed after the ministry officially announced his death.

Yousef had eight sisters and two brothers. His mother, Amal al-Daya, described him as the most caring and hardworking child, always trying to find a source of income for his family.

He used to work in the markets after school to earn some pocket money and to help contribute to the essential needs of his family.

Yousef's family said that he was passionate and optimistic and that, despite the hard situation Gaza, he always believed there was hope.

Yousef's mother told MEE that her son had participated in the Great March since day one.

"He always asked me not to cry if I was killed by the Israeli forces," she said.

"He had a high sense of patriotism for Palestine, he always believed his participation in the March was his right, and that he was defending Palestine.

"I express my deepest condolences to all the mothers who lost their children, I feel all the grief and heartaches they experienced after their loss."

More than 250 Palestinians in Gaza have been killed and some 26,000 injured since the demonstrations began on 30 March, mostly by Israeli fire during protests but also by air and tank strikes.

According to the Palestinian Center for Human Rights, Israeli forces stationed in prone positions and in military jeeps along the fence separating Gaza and Israel continue to use excessive force against demonstrators by opening fire with sniper rifles and firing tear gas canisters.

As a result, dozens of demonstrators are hit with bullets and tear gas canisters without imminent threat or danger to the life of the soldiers.

Meanwhile, the Israeli authorities state that human rights laws do not apply to the ongoing protests along the Gaza Strip.

Yousef's al-Zaitoun neighbourhood was sleepless, tears and heartaches filled the houses, his family and friends impatiently waiting for the time to pass until sunrise, when the boy would visit his house for the last time before burial.

The last goodbye was not easy. On Saturday morning Yousef's body was carried on a stretcher to his house.

The narrow street was crowded with people trying to touch and take a quick look at his face for the last time.

The windows in the neighbourhood were full of people trying to see him from above, his loved one's eyes were full of tears, as anger was written all over their faces.

Nariman told MEE that her brother was protesting against the unfair situation his family was living daily, the lack of money, electricity and the effects of the Israeli blockade.

"If the Arab world is silent about all the violence Israel is committing against Palestinians, I will be the one who will take revenge for the killing of my brother," she said. 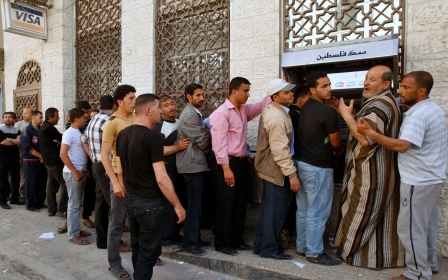