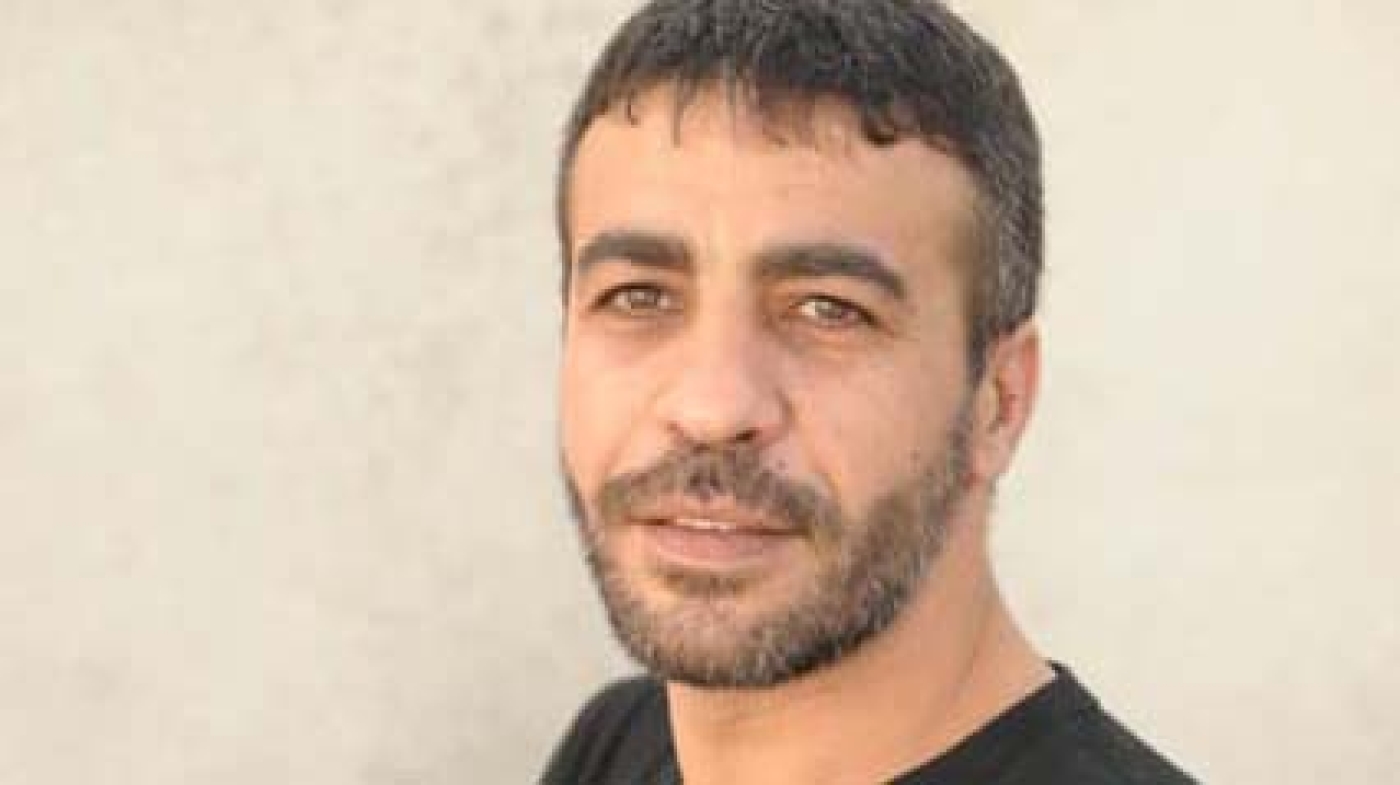 Since her cancer-stricken imprisoned son went into a coma in Israeli custody on 4 January, Latifa Abu Humaid has been waiting anxiously for updates.

"I don't know anything about Nasser," Abu Humaid told Middle East Eye. "My only request today is to check up on him and to be by his side."

Palestinian prisoner Nasser Abu Humaid, 49, was taken to hospital last week after a medical mistake caused his health to deteriorate, pushing him into a coma. 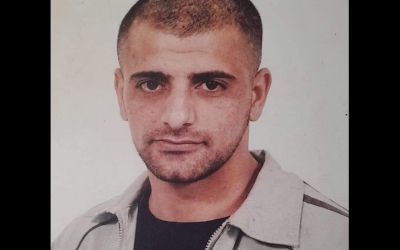 The change comes five months after he was diagnosed with a cancerous tumour in his lungs.

Since the tumour was discovered, Nasser has suffered "medical negligence" in prison, which led to the rapid decline of his health, according to the monitoring group The Palestinian Prisoners' Society (PPS).

"What is happening with Abu Humaid is the result of the systematic policies he was subjected to over the years, on top of which is the policy of medical negligence or slow death," PPS said on Thursday in a statement.

The latest deterioration in Nasser's health came as a shock to his 73-year-old mother, Latifa.

"We were surprised by the news of Nasser falling into a coma and the deterioration of his health," she said.

Latifa, who organises daily activities at the Amari refugee camp in occupied Ramallah to demand treatment for her son, visited Nasser in prison following his excision surgery. At the time, he told her that 12 chemotherapy sessions had been scheduled for him.

"Israel is imposing an information blackout on Nasser, and this increases our concern for him," she said.

Four other sons of Latifa are in Israeli prisons: Nasr, 47, Sharif, 45, Mohammad, 38, and Islam, 35. All of them are sentenced to life. She said she does not have much faith in Israel to release them soon, but remains hopeful she will see them one day.

"We have consistently demanded that human rights groups take action, but Israel does not answer to any legal human rights demands. It has become accustomed to taking from us and not giving," she said.

"Today, I hope that the Palestinian resistance will return my sons to me before I lose one of them, and before I die without seeing them."

Nasser, who hails from the Amari refugee camp, has been detained since 2002 and sentenced to seven life sentences and 50 years.

He was charged with allegedly taking part in the establishment of al-Aqsa Martyrs Brigades, Fatah's armed wing, and with plotting attacks against Israeli targets.

A cancerous tumour was detected in his lungs in August 2021. Israeli prison services stalled his treatment, causing his health to decline, according to the PPS.

After a series of protests organised by Palestinian detainees in Ashkelon prison, where he was being held, Nasser was then transferred to the city's Barzilai hospital, where he underwent surgery to remove his tumour. However, the prison administration transferred him back to jail before he recovered, PPS said.

Amany Sarahneh, spokeswoman for the PPS, told MEE that Abu Humaid was the victim of a medical mistake during the implantation of a tube to empty the air from his lungs, causing the latest health complications, including a severe rise in his temperature.

Despite the proximity of Ashkelon prison to Barzilai hospital, the prison administration delayed transferring Abu Humaid again until after his health deteriorated significantly. According to PPS, Israeli authorities have also refused to reveal details of his condition.

The limited information available shows that Abu Humaid is unconscious, has been placed on artificial respiration, and his immunity is very weak.

The number of Palestinian prisoners with tumours is approximately 18; four of them have been classified as cancerous and are in an advanced stage, including Abu Humaid.

According to Sarahneh, the 18 are among 550 prisoners who are classified as sick in various prisons, particularly in Ramleh, Ashkelon and Beersabe', and their numbers are rising.

The PPS spokeswoman said that prison authorities exploit the prisoner's right to treatment as a tool of abuse, delaying the provision of medicine or their transfer to hospital, as in the case of Abu Humaid.

"Dozens of prisoners have been waiting for years to undergo medical examinations or surgery," she told MEE, adding that the prisoners are subject to treatment at their own expense, specifically dental treatment, which is one of the most common health problems prisoners face.

Sarahneh said that while human rights groups have always made attempts to bring doctors into Israeli prisons, this has rarely worked. Israeli authorities have historically refused to allow any committee to investigate its policy of medical negligence and failure to provide treatment to prisoners, she added.

Palestinian prisoners with cancer or other serious illnesses are not spared from Israel's policy of administrative detention, an order that allows indefinite imprisonment without trial or charge based on "secret evidence" submitted by the Israeli intelligence to military courts in the occupied West Bank.

On 25 October 2021, the Israeli army arrested former prisoner Abdel-Basset Maatan, 48, from the village of Burqa, near Ramallah, and transferred him to administrative detention for a period of six months.

Zubaida Maatan, Abdel-Basset's wife, told MEE that her husband is a former cancer patient and has undergone long stretches of treatment since 2018, starting with the removal of the tumour from his colon and chemotherapy sessions for a year. He was attending periodic medical examinations, taking many medications, and followed a special diet.

She stressed that he had received negative medical test results a month before his arrest, which revealed the presence of new cancerous activity, as well as an enlarged liver and excessive liver enzymes.

Abdel-Basset, she said, was preparing to have more tests and a chemical scan, but his arrest prevented him from doing so.

"Although he was subjected to many arrests, this arrest is the most difficult for him and for us, because he is sick and needs treatment, and he needs to be in a healthy environment, both mentally and physically," Zubaida told MEE.

'They deliberately delay providing treatment to the prisoner as a means of killing him, and this is an experience that has been repeated many times'

She added that, despite his health, the prison administration refuses to examine him medically or to provide him with anything other than painkillers, even though he took his medicines with him when he was arrested.

Abdel-Basset suffers from serious complications that indicate the spread of cancer, including chest pains and bleeding during excretion. However, Israeli courts refuse to review Abdel-Basset's health file on the grounds that it was issued by Palestinian and Turkish hospitals, which they do not recognise as legitimate.

"They deliberately delay providing treatment to the prisoner as a means of killing him, and this is an experience that has been repeated many times," said Zubaida. "We demand that Abdel-Basset be released immediately so that he can obtain the necessary treatment before it is too late." 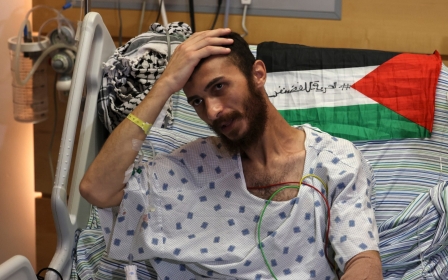 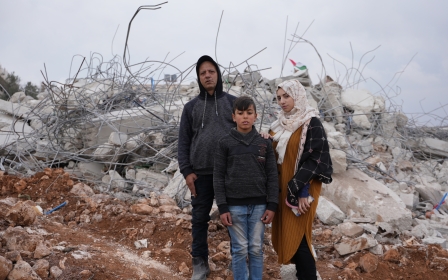 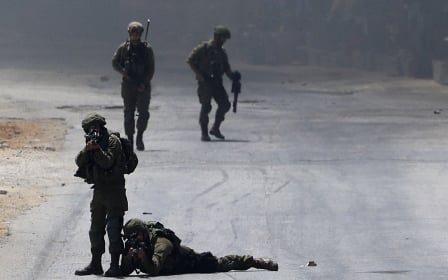