Khalil Awawdeh, who was on a hunger strike for nearly 200 days and was at risk of imminent death, is set to be released in October 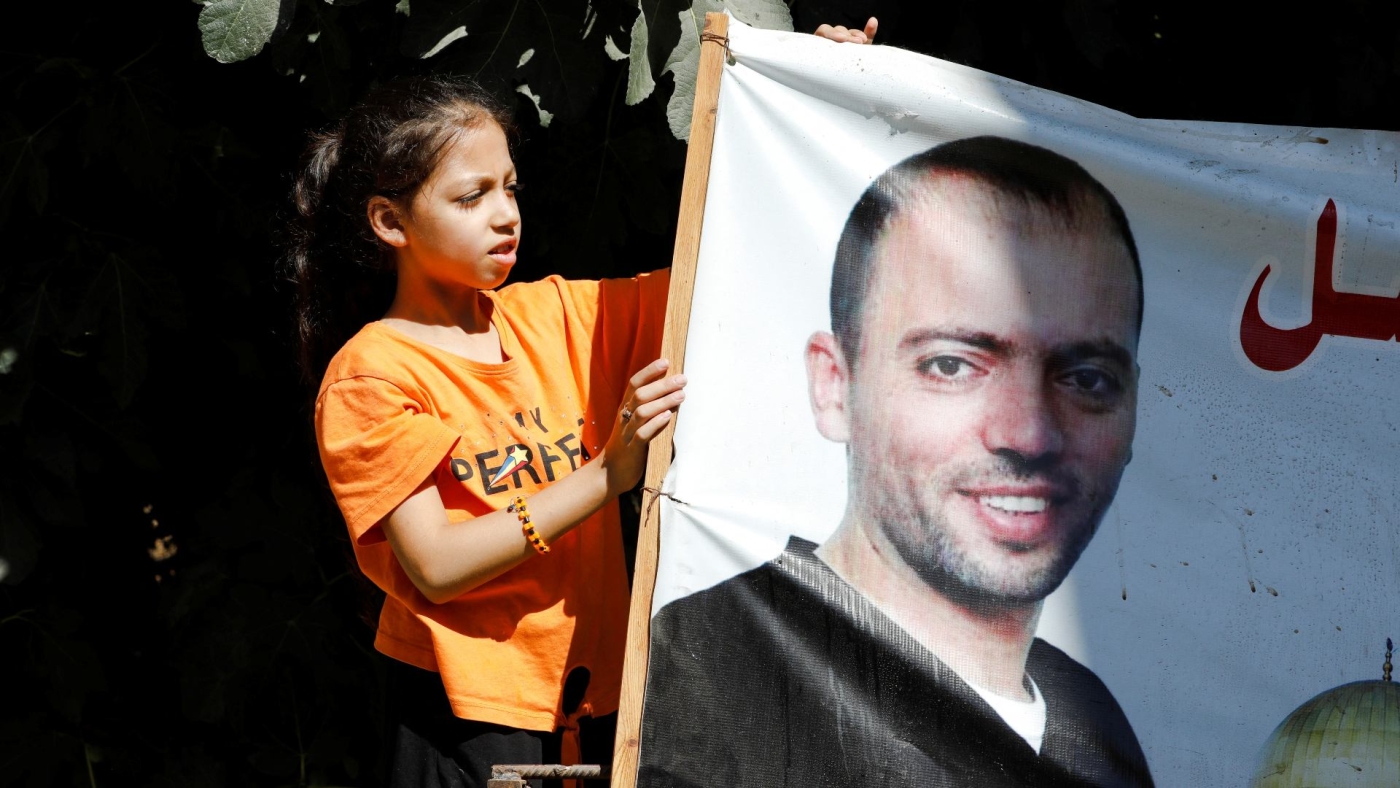 Palestinian prisoner Khalil Awawdeh's daughter looks at her father's picture at their house in Idhna, near Hebron, in the Israeli-occupied West Bank, on 23 August 2022 (Reuters)
By
MEE staff

Palestinian prisoner Khalil Awawdeh has suspended his nearly six-month hunger strike after an agreement was reached for his release from Israeli administrative detention.

Awawdeh is now set to be released from detention on 2 October, according to the Prisoner Support and Human Rights Office (Addameer).

The Palestinian Prisoners' Club also confirmed the news of his release date, sharing a video of Awawdeh on Facebook. It said he will remain in the Shamir Medical Center until his release.

"The club congratulated Khalil on the victory of his will, which is an accumulation of the victories of his fellow prisoners who fought strikes over the years against administrative detention, and congratulated his family on his safety," the group said in a Facebook post.

The news comes several days after a European Union delegation to the Palestinians said it was "shocked" to see pictures of the frail body of the prisoner.

The delegation urged: "Unless charged immediately, he has to be released." The 40-year-old is from Idhna village, near the city of Hebron, in the south of the occupied West Bank. He has been arrested five times and has spent a total of 13 years in Israeli prisons.

Israel has accused him of being an activist of the Palestinian Islamic Jihad (PIJ) group.

The movement said last month it had reached an understanding with Israel to release Awawdeh and Bassam al-Saadi, a senior PIJ figure from Jenin, as part of a ceasefire agreement, following the Israeli military operation against the Gaza Strip last month.

However, Israeli officials had denied this, previously saying that both Saadi and Awawdeh would be kept in detention.

Awawdeh had spent a total of six years in administrative detention without charge or trial. He is married with four daughters.

In announcing that Awawdeh had ended his hunger strike, Addameer also called for a collective hunger strike by Palestinian prisoners in Israeli prisons, to highlight the abuses against Palestinians in those jails.

The group said the collective hunger strike, set to begin in September, was in protest of Israel's "reinstitution of a series of collective, punitive, and retaliatory measures against Palestinian political prisoners held in Israeli occupation prisons".

"The planned hunger strike follows a series of escalatory steps of civil disobedience taken by Palestinian prisoners across Israeli prisons over the past two weeks, including sit-ins, collective returning of meals, and the refusal to abide by daily prison counts and 'security checks'," Addameer said in a statement on Wednesday.

There are 4,450 Palestinian prisoners in Israeli jails, 560 of whom are serving in administrative detention.

Many Palestinian prisoners have used hunger strikes as a means to protest against the policy and force their release. 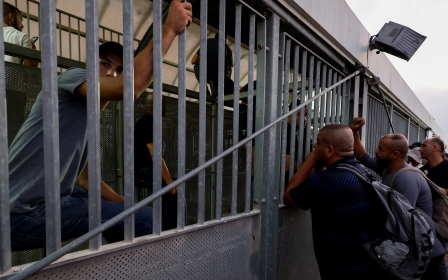 Inside Israel
Palestinian bride taken from her wedding by Israeli police