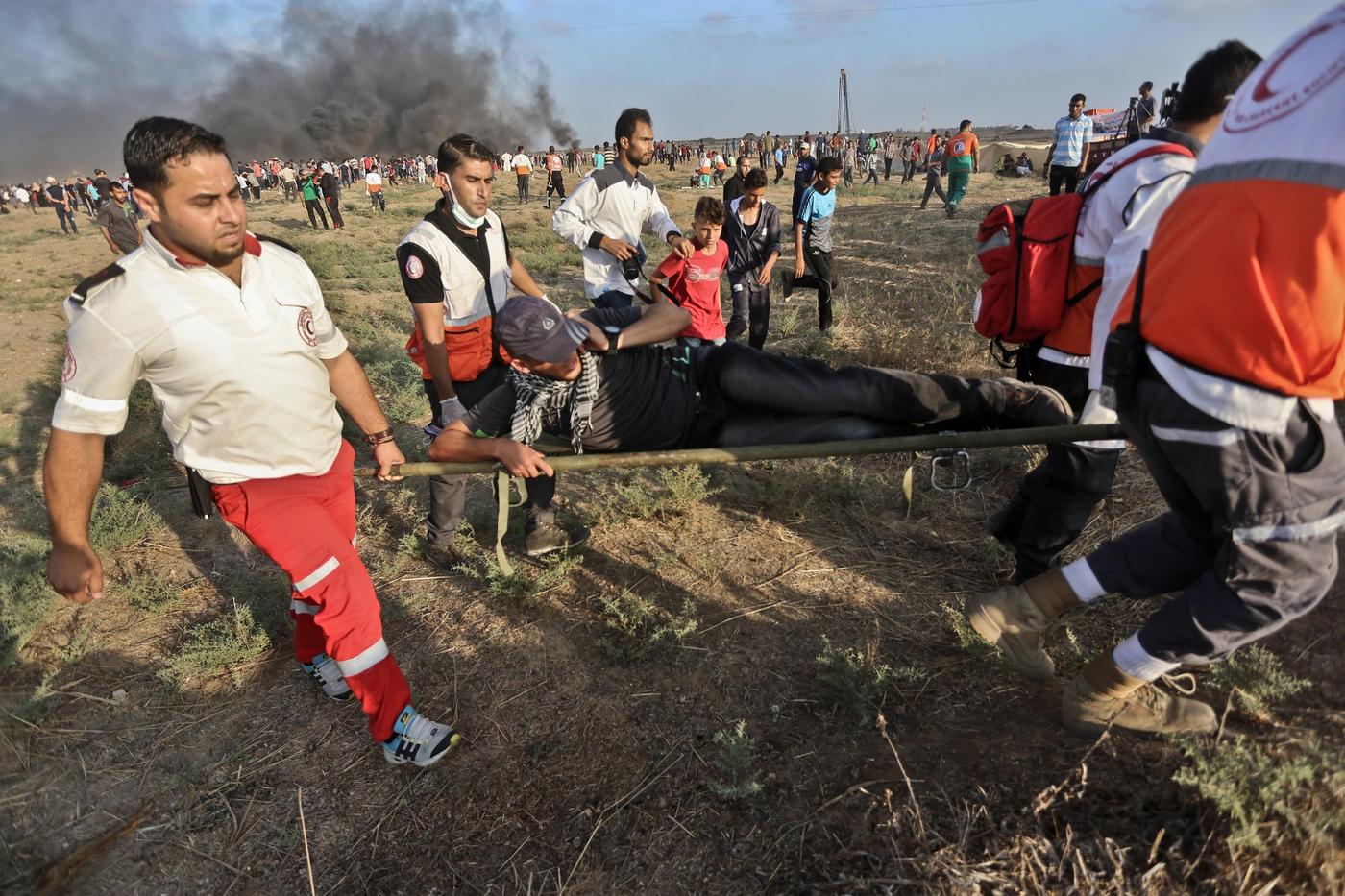 Heat, tear gas and snipers have not deterred protesters who have continued to demonstrate in Gaza (MEE/Mohammed Asad)
By
MEE staff

A young Palestinian man succumbed to his wounds on Saturday morning a day after being shot by Israeli forces at a demonstration, the Gaza Health Ministry reported.

In a statement, the ministry identified the slain man as 20-year-old Mohammed Nasser Shurrab, adding that he had been shot by Israeli forces on Friday east of the town of Khan Younis in the southern Gaza Strip.

Another Palestinian, 15-year-old Othman Heles was also shot and killed by Israeli forces on Friday, and 220 people were injured.

Several thousand demonstrators had gathered on Friday in five separate locations along the fence separating the Gaza Strip from Israel to mark the more than 100 days since the beginning of the Great March of Return in Gaza.

The Great March of Return began on 30 March, calling for an end to the 11-year Israeli-led blockade on Gaza and for Palestinian refugees' right of return to the lands that their families fled during the establishment of the state of Israel in 1948.

According to Gaza Health Ministry numbers, Israeli forces have killed at least 139 Palestinians and wounded more than 16,000 since the beginning of the march. No Israeli fatalities have been recorded.

Israeli authorities tightened the siege in the Palestinian enclave in an attempt to pressure Hamas, whom it blames for the Great March of Return - an allegation that the campaign's organisers have rejected.

Israeli officials have been outraged by some demonstrators' use of kites and balloons set on fire, which they fly over the separation fence into Israel, claiming that the kites have sparked fires damaging some 7,000 acres of farmlands and forests.

But Palestinians view the inexpensive flying devices to be a tool of resistance against the well-armed Israeli forces stationed behind the fence that have killed scores of peaceful protesters and wounded thousands. No Israeli casualties have been recorded.