Cooperation between Israel and Gulf countries 'should be expanded,' says Israel's intelligence and transportation minister 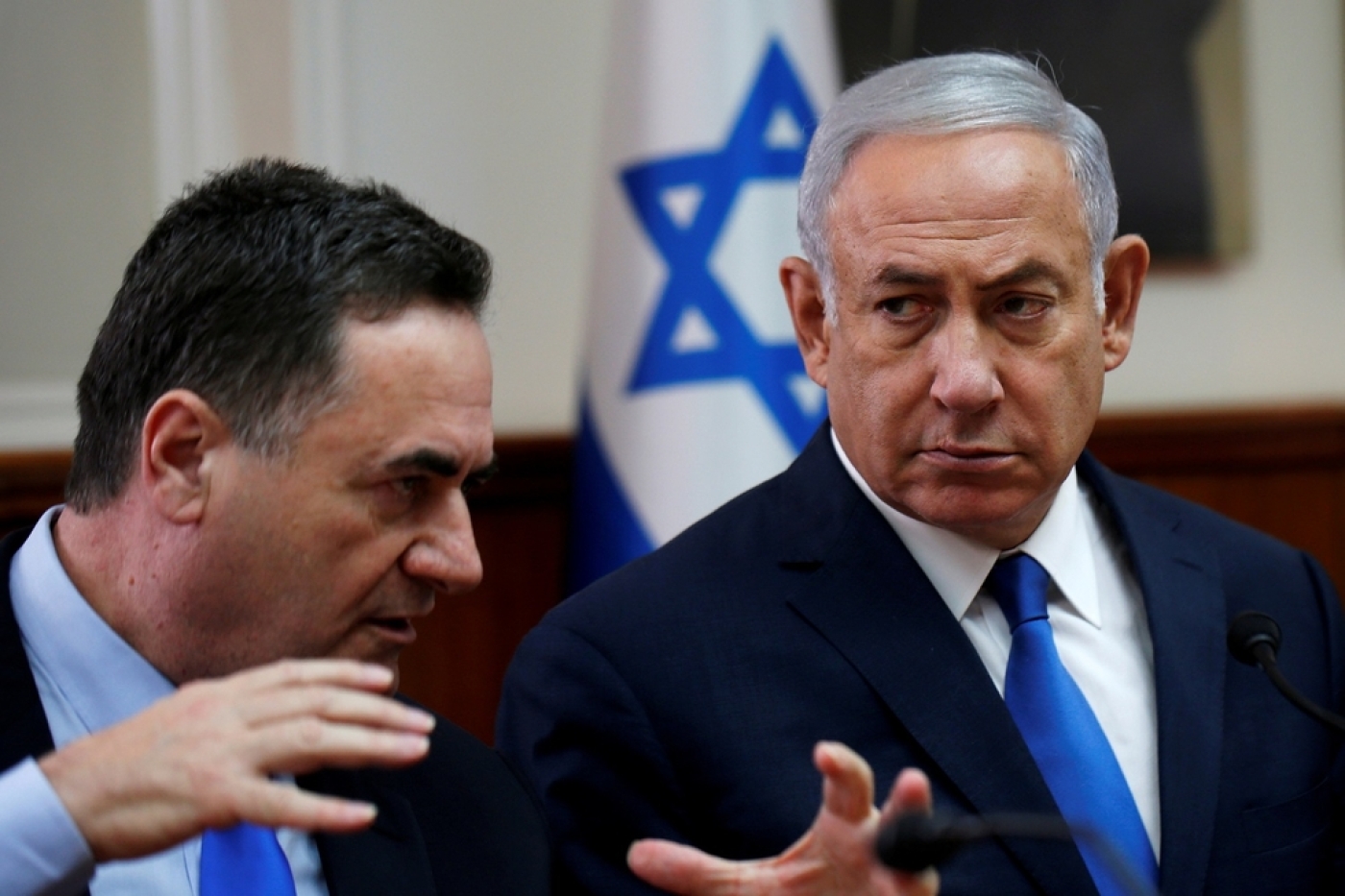 A few days after visit to Oman, Yisrael Katz (left) said Israel has 'a lot to offer' Gulf countries (Reuters)
By
Ali Harb

A surprise meeting with Oman's Sultan Qaboos. A tour of the largest mosque in the United Arab Emirates. A call for a rail link between Haifa and the Gulf.

Over the last month, Israeli leaders have made a string of friendly visits, gestures and statements towards Arab leaders in the Gulf, positioning Israel for what appears to be a more overt alliance with Gulf states, from Oman to Bahrain, Saudi Arabia and the UAE.

The Palestinian struggle for statehood, meanwhile, has been "cast to the margins" by the leaders of these same Gulf countries, said Saeed Khan, a senior lecturer in Near East studies at Wayne State University in Detroit.

"It seems as though, among the Saudis, UAE and to a certain degree Oman, they are clearly putting their stock with the official Israeli political line. They're either turning a blind eye or seemingly not at all interested in the Palestinian issue," Khan told Middle East Eye on Thursday.

Khan's comments come as Israel's intelligence and transport minister called for a deeper partnership between his country and its neighbours on the Arabian Peninsula, including in the fields of transportation and tourism.

"In my view cooperation between Israel and the Gulf states can and should be expanded," Yisrael Katz told Reuters via email on Thursday, a few days after he returned from a visit to Oman earlier this week. "Israel also has a lot to offer when it comes to water desalination and irrigation, agriculture and medicine."

Katz wasn't the only Israeli leader to visit the Omani capital, Muscat, in recent weeks.

Late last month, Israeli Prime Minister Benjamin Netanyahu made a surprise visit to the Gulf country, meeting with its leader, Sultan Qaboos bin Said. Israel's Sports and Culture Minister Miri Regev was also in the nearby UAE last month, where she met Emirati officials and toured the world's third-largest mosque, in Abu Dhabi.

Khan said leaders in Israel and the Gulf are experiencing a "sense of empowerment" thanks to US President Donald Trump.

He explained that Washington has given a green light to its allies in both places to work jointly and openly on their common goal: building a united front opposed to Iran.

At the midway mark of the US president's first term in office, and with Trump facing investigations at home related to possible collusion between his election campaign team and Russia, there is a "moment of desperation" to strengthen ties between Israel and Gulf countries, Khan said.

"There's an expedited timeframe by which the Gulf states and Israel are operating in order to provide a united front and exert maximum pressure against Iran," he told MEE.

The White House has also been readying a peace plan to end the Israeli-Palestinian conflict, dubbed by the Trump administration as the "deal of the century".

But Palestinian leaders have already signalled that they will not accept Washington's proposal.

"The plan calls for having a Palestinian state with provisional borders on half of West Bank and the Gaza Strip, without Jerusalem, and calls for humanitarian solutions to the refugee issue," a Palestinian official told MEE in May.

Speaking in New York in April, bin Salman said Palestinians should come to the negotiating table or "shut up and stop complaining".

Nonetheless, Arab citizens, including in the Gulf region, seem uninterested in an alliance with Israel without a just resolution for the Palestinians.

A 2017 poll by the Arab American Institute, based in the US, showed that only two percent of Saudis and one percent of Emiratis favour an anti-Iran alliance with Israel if Palestinian rights are not addressed.

Khan said Gulf states may be moving toward censoring pro-Palestinian voices inside their own countries as part of a larger crackdown on dissent.

He said leaders in the Gulf may also try to convince their citizens that Iran, not Israel, is the real threat to them.

"If in the calculus that means that the Palestinian issue either has to be marginalised, forgotten or even reassessed, it's highly likely that the public will go along with the state," Khan said.