Three months after a fragile Egypt-brokered ceasefire, demonstrators believe a resumption of late-night protests could amp up pressure on Israel 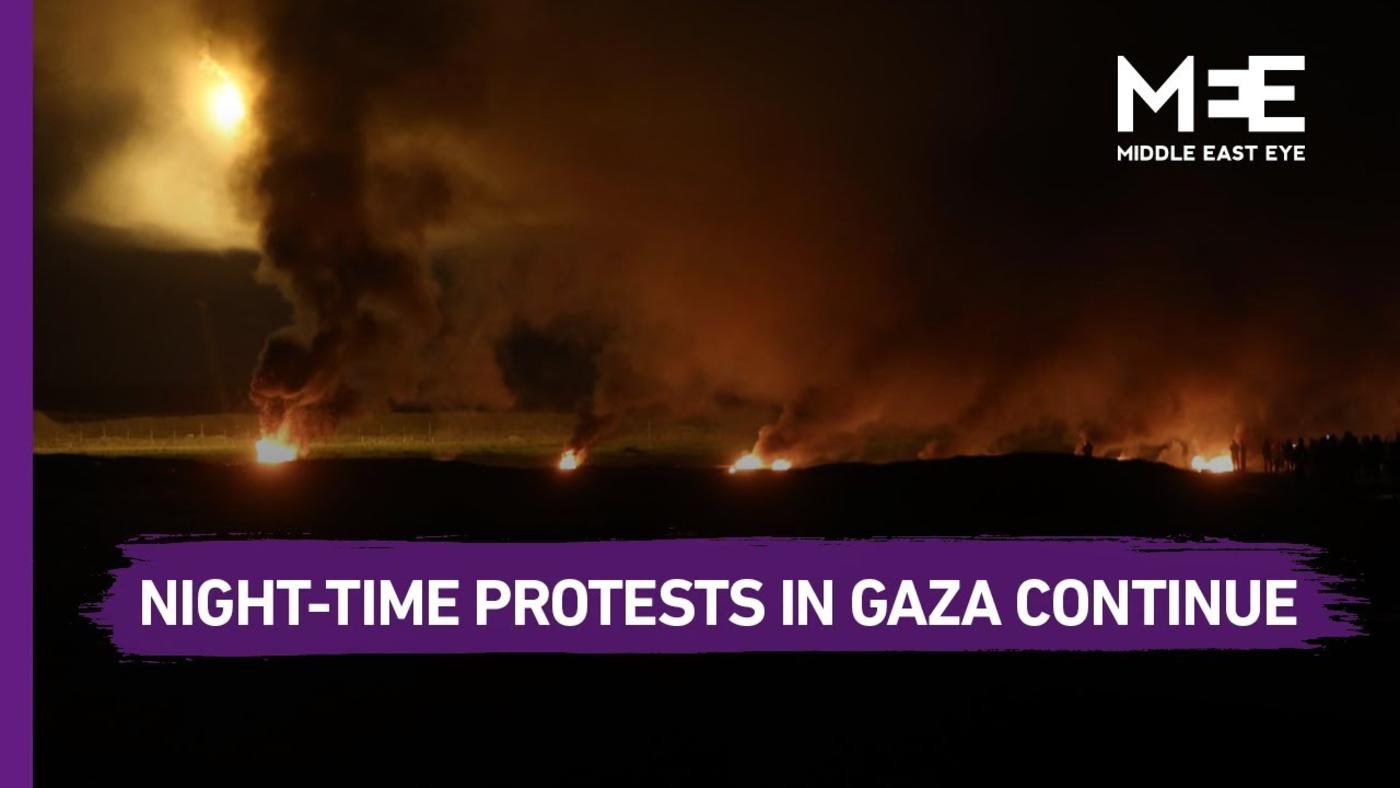 The sound of sirens, fireworks and sound bombs rang through the air on Monday night east of Gaza City, burning tyres dotting the horizon as smoke filled the night sky.

Almost a year into the Great March of Return protests, demonstrations along the boundary with Israel have become a fixture of life in the Gaza Strip - but the return of night protests on Sunday three months after a ceasefire agreement between Hamas and Israel marked a symbolic move of discontent over the deal’s failed promises.

Night protests started anew on Sunday night east of Khan Younis, in the southern West Bank, and in Malaka, the name for the area east of Gaza City where protests have occurred since 30 March.

Some 200 to 300 protesters were present in Malaka on Monday night, when Israeli soldiers fired tear gas and live ammunition at the protesters. The Gaza Ministry of Health did not report any injuries.

“We are resuming our night protests because the Israelis are not fulfilling their agreement with us,” one protester, Saleh Mohammed, told Middle East Eye. “They  had promised to remove the blockade and alleviate the suffering we are daily going through.”

The “Night Confusion Units”, as the demonstrators called themselves on Monday evening, told MEE that they had resumed their evening protests after receiving the green light from Palestinian political groups in Gaza.

“We were ordered to resume our protests by the Joint Operation Room of the Palestinian resistance factions in the Gaza Strip,” Mohammed said.

The Great March of Return Committee also stated that it had agreed on resuming night-time protests in response to Israeli violence committed since the Egypt-brokered November ceasefire.

A botched raid by undercover Israeli ground troops in Gaza in November led to one of the most heated exchanges of fire between Israeli forces and Palestinian factions since the 2014 war, leaving at least 15 Palestinians and one Israeli dead.

A tentative ceasefire was reached between Hamas, the de facto ruling party in the Gaza Strip, and Israel to prevent further bloodshed - one of the conditions being the halt of evening protests near the Gaza-Israel boundary.

However, Mohammed the protester told MEE that the demonstrators were denouncing the Israeli High Court’s recent decision not to shorten the application process for exit permits out of Gaza; the regular withholding of aid intended for the besieged Palestinian enclave; and the continued targeting of demonstrators by Israeli army snipers, which killed two teenagers on Friday.

Other demonstrators argued that the night protests were a tool to pressure Israel to stop its violence against Palestinian residents.

“We had been waiting for this decision from the [Joint] operation room for so long, we are proud to disturb the Israeli soldiers and prevent them from enjoy their night near the fence,” Ahmed Tanani told MEE.

“We are 11 months into the Great March of Return, but the Israeli blockade on the Strip is still in place,” he said.

Okal stressed that while Egypt had opened its only border crossing with Gaza, and the United Nations was trying to address the deteriorating humanitarian situation in Gaza, Israel had yet to respond to the main demands of the Great March of Return: an end to its nearly 12-year blockade of Gaza and the right of return of Palestinian refugees.

However, Okal believed that Palestinian factions could pressure Israel into negotiations through night protests, as they affected Israel’s priority: its sense of security.

Since the beginning of the Great March of Return on 30 March last year, 254 Palestinians, including 47 children, have been killed by Israeli forces - the majority of them during the protests, according to the UN office for the Coordination of the Humanitarian Affairs (OCHA). Another 26,000 Palestinians have reportedly been injured during the same time frame.

Yet despite the risks, Palestinian demonstrators stressed to MEE that one thing was clear: They would not stop protesting until the Israelis remove the blockade on the Gaza Strip, no matter how long it takes.

“We will set tyres on fire, fly incendiary kites, and fire sound bombs until they remove the blockade on the Gaza Strip and end the inhumane procedures they impose on us, especially against our freedom of movement," Tanani said. 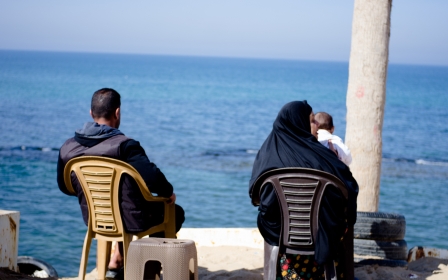