Paris in shock as two deadly sieges come to an end 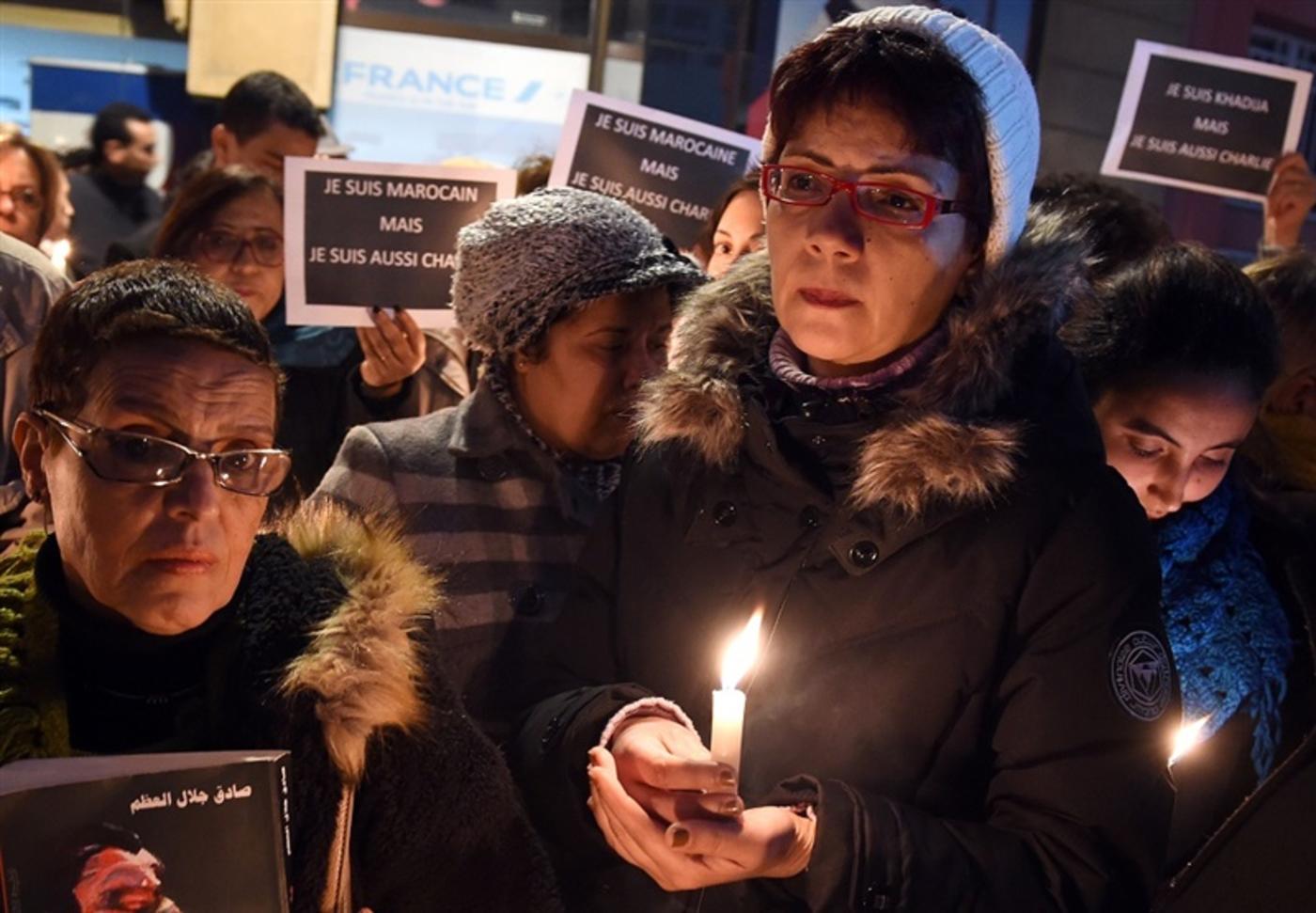 Families have been tentatively returning to the eastern Paris suburb that was the scene of a bloody siege on Friday, but tensions in the city remain at fever pitch with the country still on high alert.

Porte de Vincennes, described by local residents as a “melting pot” home to diverse nationalities and religions, was rocked by an attack in which at least a dozen people were taken hostage at a kosher supermarket.

In a dramatic day that has left France reeling, gunmen launched two separate, but linked, attacks - at least four hostages have been killed, while all three gunmen thought to have been inspired by al-Qaeda style ideology were also killed by police.

The attack came just two days after two gunmen, widely believed to have been Cherif and Said Kouachi, stormed the offices of satirical magazine Charlie Hebdo killing 12 in the centre of Paris.

Marion Bescou, 22, a student in Paris, said that she was still in shock.

“There is a sense of huge mourning in France. There is silence in the tube and almost empty streets,” she told Middle East Eye by phone. “The Kouachi brothers are dead, as well as the hostage taker in Vincennes but I fear reprisals. I am holding on, I want to face it but I do not feel secure here anymore.

“I keep hearing loud police sirens that can be heard clearly even inside my home. It is nerve-racking, we still go out but we all live with the fear of what will comes next.”

“I live about three minutes away from the supermarket. We aren't allowed to leave the building now. My eight-year-old son was at school nearby today and a lot of the parents with children at the school were worried,” Pasqualetti told the BBC via email. “Some children at the school had an idea of what was going on and were crying at school because they knew their parents were outside.... People here are really shaken."

Tension remained high throughout the city and the country, which had to witness the sights of bodies and body bags in the streets being broadcast on national television.

Sections of the capital ground to a halt on Friday as police shut part of the main ring road around Paris and closed the metro system down briefly. Some flights were also prevented from landing at Charles de Gaulle airport due to the high number of police helicopters flying around in the area.

“A very tense climate after the assaults [Kouachi brothers and Amedy Coulibaly in Porte de Vincennes, in Paris], Nadia Henni-Moulaï, a French journalist and an expert in France’s Muslim communities, told MEE.

“What I can say is that French Muslims are outraged by Charlie Hebdo tragedy. They fear an increase of Islamophobia,” she said. “Today was a high-risk day because many Muslims were afraid of being assaulted while at Friday prayers.”

Speaking in a televised address, French President Francois Hollande called for “vigilance, unity and mobilisation”, calling on French citizens to “show…determination to fight anything and everything that divides us”.

Hollande condemned what he called Friday’s “terrifying anti-Semitic attack” at the kosher supermarket, which hit as shoppers flocked to buy food before the onset of the Sabbath, the period when observant Jews traditionally refrain from any kind of work.

He also stressed that the “fanatics” who have launched attacks in France over the past three days “have nothing to do with the Islamic faith”.

But others were quick to stress that the security situation remained fragile, with questions starting to arise about how such a string of attacks could have been perpetrated, especially by a group of men who were all known to police.

“There is a clear failing,” Valls said after both sieges were ended.

“When 17 people die, it means there were cracks”.

While French police began a widespread manhunt for the two brothers wanted in connection with Wednesday’s massacre, the pair was able to evade arrest, committing a string of robberies and carjackings on Friday morning in their attempts to flee.

Friday morning saw Cherif and Said Kouachi, hijack a car and take over a warehouse at an industrial park near Dammartin-en-Goele, a town 35 kilometres north of Paris, where reports indicted they had also taken a hostage.

As attention was focusing on the police operation outside Paris, however, news broke of a separate hostage situation unfolding in an eastern suburb of Paris.

In the biggest police operation seen in France in years, 88,000 security forces were deployed to deal with the two attacks.

As the sun began to set, commando teams moved in, launching operations within minutes of each other at the two sites.

The storming of the warehouse north of Paris led to the freeing of the one hostage, as well as the building’s owner, who had been hiding in a separate room. The Kouachi brothers, who had earlier said they wanted to die “as martyrs”, came out firing at security services and were killed.

In Porte de Vincennes, the supermarket siege was broken when police moved in just moments after commandos stormed the warehouse where the Kouachi brothers were holed up.

The Telegraph later reported that police had taken their cue to raid the Paris supermarket because, through a telephone that had not been fully replaced on the hook, they had heard Coulibaly beginning to pray.

Four of the hostages were killed during the siege, and four others were critically injured.

The names and ages of the dead hostages, who are thought to have been killed at the beginning of the siege, have not been released, although French President Francois Hollande confirmed their deaths during an address to the nation on Friday evening.

In the wake of Friday’s attacks, fears have been heightened among religious communities throughout Paris.

Shopkeepers in Jewish areas of the city were told to close on Friday, and there was a huge police presence in Paris’s largely Jewish suburb of Rue des Rosiers.

In a show of the heightened tension, Sabbath prayers, normally held without fail on Friday night, were cancelled at the city’s main synagogue - this is the first time the service has been cancelled since the end of World War II.

A Jewish shopkeeper, who called himself Jerome, told the BBC that many people in his community were terrified of further attacks, and that shops had been closed because police feared that “there may be another terrorist on the street”.

Many in the five-million strong French Muslim community moved to condemn the latest attacks – at Friday prayers in the eastern city of Saint-Etienne, worshippers undertook Friday prayers next to a sign reading “Je Suis Charlie”.

Speaking during the Friday sermon, the imam of the Grand Mosque in Paris condemned the “odious” attacks, which he said “endanger our willingness to live together”.

Dalil Boubakeur also urged French Muslims to join what are expected to be huge numbers of people for a unity march planned for Sunday, which will be attended by many European leaders including UK Prime Minister David Cameron, and German Chancellor Angela Merkel.

Others feared an upsurge in the backlash against Muslims, after a spate of Islamophobic attacks that have seen a pregnant woman lose her baby after being attacked in the street in the capital on Thursday.

“I am afraid that these acts will get worse in the coming days,” said the president of the French Muslim Council (CFCM), a group that monitors Islamophobic attacks.

"Muslims are caught in a trap, between those who kill in the name of Islam and those who are using this to stigmatise Muslims," Abdallah Zekr.

Will others take up arms?

As religious communities bolstered against the possibility of further attack, it emerged that one of the gunmen had urged encouraged others to take up arms.

Coulibaly, who staged the siege at the Paris supermarket, telephoned others from the scene to urge them to state further attacks, AFP reported. He also told French television station BMFTV that he he targeted the store “because it was Jewish”.

Hayat Boumediene, Coulibaly’s 26-year old wife, is still believed to be at large – French security have described her as “armed and dangerous”.

Coulibaly and the Kouachi brothers had all been flagged up for the al-Qaeda inspired views and had repeated brushes with the law.

Cherif Kouachi, 32, was a known militant who was convicted in 2008 for involvement in a network sending fighters to Iraq.

His brother Said, 34, was known to have travelled to Yemen in 2011, where he received weapons training from AQAP, al-Qaeda’s arm in Yemen.

Coulibaly, 32, and Said Kouachi, were also both linked to a botched 2010 jail break aimed at freeing Algerian Islamist, Smain Ait Ali Belkacem. While Kouachi eventually walked free, Coulibaly was jailed for his role in the prison break, although he only ended up serving a short part of his sentence.

"It is better for you to stop your aggression against the Muslims, so perhaps you will live safely. If you refuse but to wage war, then wait for the glad tiding," Harith al-Nadhari was quoted saying in a video.

He stopped short of claiming responsibility for the three days of bloodshed in France that left 17 people dead.

"Some of the sons of France were disrespectful to the prophets of Allah, so a group from among the believing soldiers of Allah marched unto them, then they taught them respect and the limit of the freedom of expression," the AQAP official said. 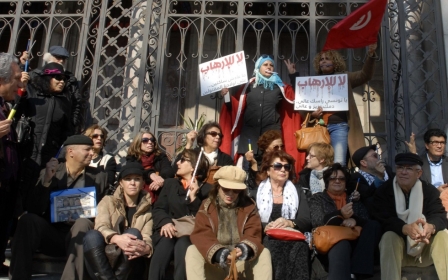