Paying it forward: Syrian refugees get vision care in Canada 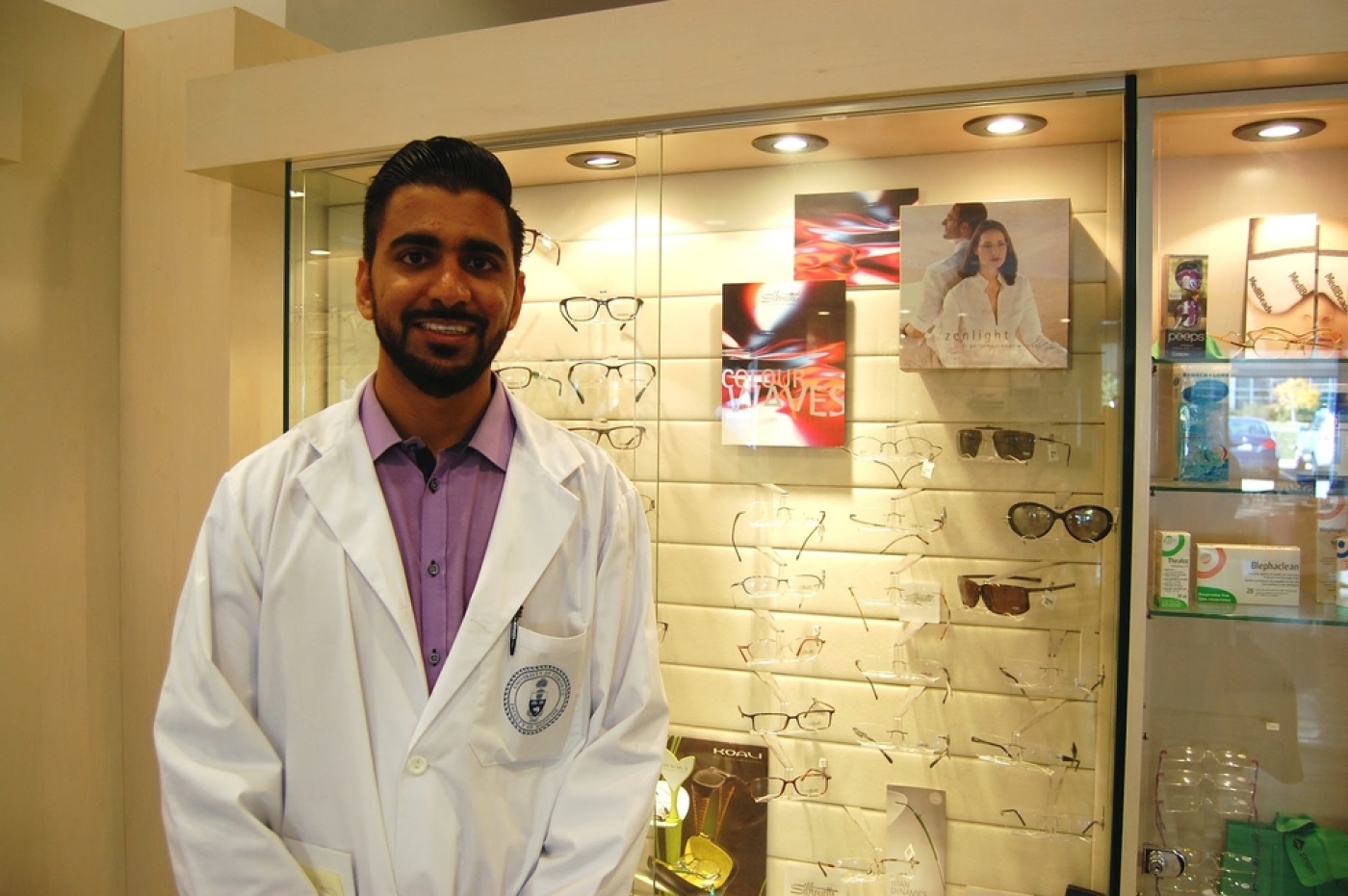 BRAMPTON, Ontario – For Tarek Bin Yameen, it’s all about paying it forward.

As a child, the 26-year-old lived in a camp for internally displaced persons in Yemen, after a civil war broke out in the country in the mid-1990s. There, he saw first-hand how poor living conditions and diseases impacted families and children in particular.

“There was a cholera outbreak,” he recalls. “When I looked back at the news reports, 40 people died within a week, and I was very lucky that my mom was able to provide me with access to a doctor who gave me [an] oral cholera vaccine.”

After surviving the cholera outbreak, Bin Yameen left Yemen at age 10 and emigrated to Canada with his family, settling in Brampton, just west of Toronto.

Now a second-year medical student at the University of Toronto, he has not forgotten that personal experience. Instead, he’s using it to fuel a new, grassroots initiative to help another group of newcomers to Canada: Syrian refugees.

“The experience of being a child refugee in Yemen during the war, coupled with seeing other children refugees in Yemen after the war was done, that opened my eyes to the challenges that refugees face in accessing healthcare,” Bin Yameen told Middle East Eye.

“That’s my biggest motivation in running these clinics because I know that many of these children have not been properly looked after for the vast majority of their life.”

Dressed in a white lab coat, Bin Yameen bounded with energy last weekend as Syrian families, doctors, translators, and myriad other volunteers moved from one examination room to the next.

Parents and children filled the grey chairs set up around the vast Prism Eye Institute facility in Brampton, which donated its clinic space and equipment for two, full-day eye clinics this November.

The families filled out medical forms before heading into private rooms where their eyesight was checked, and if necessary, follow-up care was provided and glasses were fitted.

This was the last of three clinics Bin Yameen helped organise in the Toronto area since July, under the leadership of Dr Myrna Lichter, an ophthalmologist at St-Michael’s hospital.

The goal of the clinics was to provide Syrian newcomers in Canada with eye exams and specialised, follow-up care. For some Syrian refugees, this was the first time they ever had their eyes checked by a doctor.

About 200 people were expected to be screened at the institute in Brampton on 13 November. A week earlier, the doctors saw 142 newcomers, including 80 children, and 50 percent of those patients needed follow-ups to correct their vision or treat more advanced medical conditions, Bin Yameen said.

At another clinic, doctors identified four patients with an auto-immune disease that may result in total vision loss.

“The frequency of this disease in the general population is one in 4,000 and we saw it in four people out of 180 people. It just speaks to the fact that there are so [many] complex healthcare needs in this population,” Bin Yameen said.

“Many of these newcomers didn’t have proper access to eye care treatments while they lived outside of Syria for the past five years,” he added.

Fadil Halil came to the clinic with his wife, Fadile, and their two children. Originally from Kobane, the family lived in Sanliurfa in southern Turkey before they arrived in Canada two months ago. They are living in a hotel while they look for permanent housing.

Halil had his eyes checked in Turkey, but the rest of his family had never seen an optometrist before Sunday. His daughter, Muna, was in need of follow-up care for an eye condition.

Abdulrazak Abdo was at the clinic with his wife, who was fitted for glasses, and their five young children. From Aleppo, the family arrived in Canada only three weeks ago. “It is important to take care of the children’s health early on,” Abdo said.

He thanked the event organisers and said the volunteers and doctors were kind and facilitated everything in an efficient and timely way. “The government is looking after our children, looking after us, looking after all the Syrians,” he said.

Julie Mahfouz Rezvani is the executive director of Mes Amis (Asdiqa’yee, friends in Arabic), a local non-profit that helps Syrian newcomers in the Toronto area, and which grew out of a clothing drive organised when the first Syrian refugees began arriving in Canada.

“Generally, eyes and teeth was something that everyone saw as a neglected area. There wasn’t a lot of preventative care,” she told Middle East Eye about the idea to focus on vision.

Mes Amis used its vast network of contacts in the Toronto area to tell the Syrian refugees about the project, arranged transportation for the newcomers to reach the clinic, and provided an Arabic-English translator for each family.

The group also collaborated with some of the top optometrists, ophthalmologists and vision specialists in Ontario, including Dr Ike Ahmed from the Prism Eye Institute, a specialist in surgeries for complex eye diseases like glaucoma.

She added that so many people have reached out to help, that at one clinic, there was one volunteer for every two patients.

“When [the refugees are] coming here, you know that there’s a lot that you can do here because you have the resources and the connections and the interest and that’s where the community rallying has been great,” Mahfouz Rezvani said.

Due to the high demand for care, the group plans to organise three additional eye clinics in the Kitchener-Waterloo area next year, Bin Yameen told Middle East Eye.

But most importantly, he said he hoped the experience would inspire Syrian newcomers, especially the children, that anything is possible.