'People who look like me': US Muslims celebrate Tlaib and Omar victories 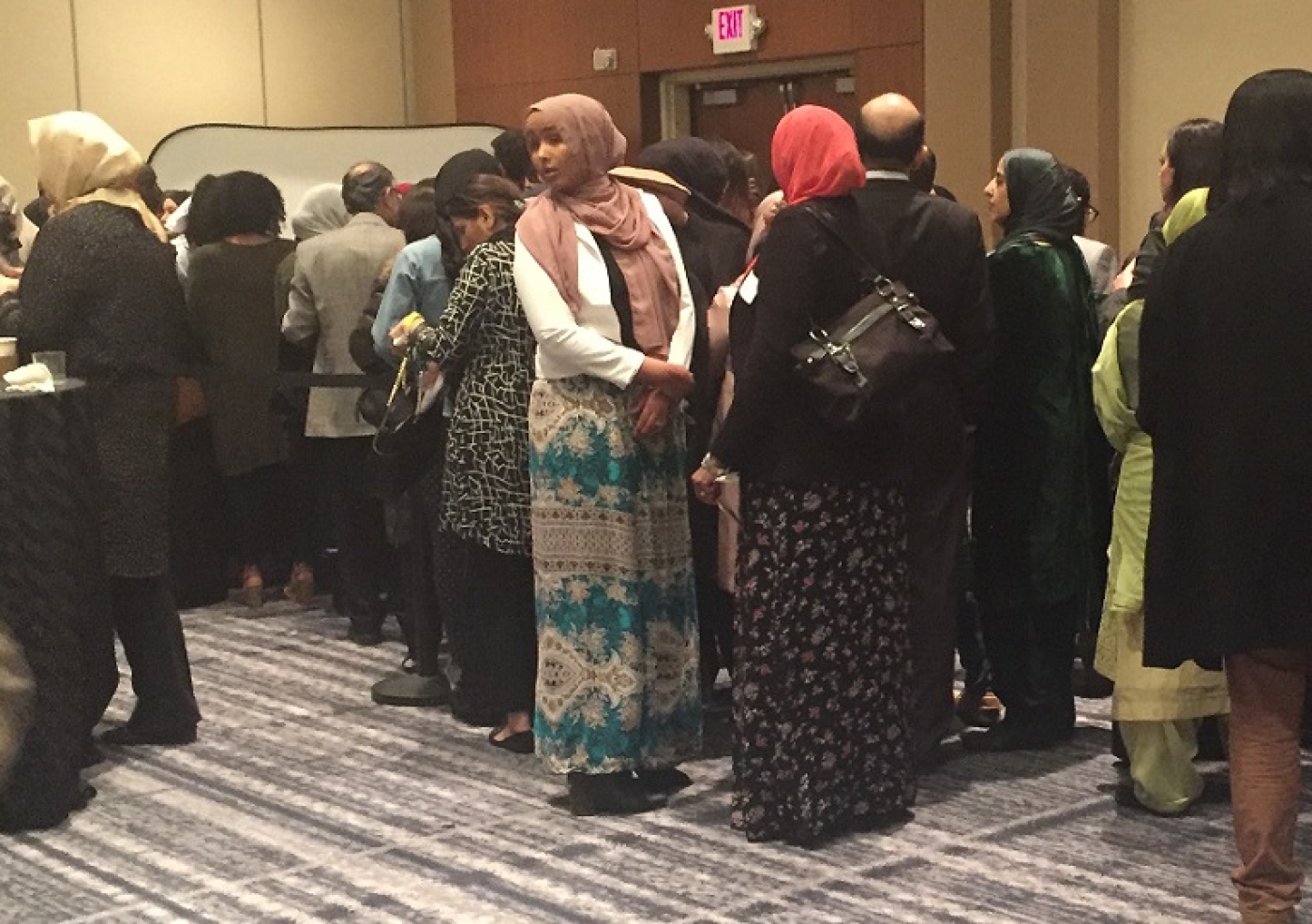 CRYSTAL CITY, Virginia – Ilhan Omar had four hours to decide whether to run for Congress.

Last June, Keith Ellison, then a representative for Minnesota and the first Muslim elected to Congress, made a late-hour entry into the state's attorney general race, leaving his congressional seat wide open.

Omar, a 36-year-old who fled the civil war in Somalia in 1991 and lived with her family for four years in a Kenyan refugee camp before they were resettled in the US, was already serving as a member in Minnesota's state House of Representatives.

But with little time and no consultation with her family, she decided to run for the 5th district because, in the end, she said she couldn’t trust that any of the other candidates would fight as hard as she would in Congress.

Her children first heard the news from their teachers, and her father who was in the hospital learned she was running from a nurse.

“So in true fashion, no one really gave me permission to run but myself,” Omar told several hundred supporters at the Council on American-Islamic Relations (CAIR) congressional reception in a Hyatt Regency ballroom on Thursday evening.

Last week, Omar and Rashida Tlaib, representative from Michigan’s 13th district, became the first Muslim women ever to be sworn into Congress, joining the most diverse freshman class in US history.

Thursday’s event - billed as a congressional reception which also included newly re-elected Representative Andre Carson of Indiana - was for all intents and purposes a celebration of their historic victories.

“I am delighted really at this particular time in our nation’s history for there to be two unapologetic, unbought progressive leaders from the Muslim community who are women representing us in Congress,” said Omar.

“By our sheer presence in Congress, we say as Muslim women that we are in charge of our lives, our destiny. We decide where and how we show up.”

Tlaib, 42, the daughter of Palestinian immigrants, talked about a recent encounter with an 11-year-old girl in California who was wearing a blazer.

'“I’m trying to look like you’,” the girl told Tlaib. “And I said, Girl, forget Congress, run for president. She said uh-huh. Our young women are now believing that their place is on the House floor, that their place is in the White House. That’s what we are doing.”

A throng of fans, including several sets of mothers and daughters and a handful wearing traditional Palestinian thobes like the one Tlaib wore in her swearing-in ceremony, rushed the stage after their speeches, hoping to get photos with the congresswomen.

Ozer said her daughter feels particularly connected to Omar because they both wear hijabs, something that she said has made them at times a focus of discrimination which she hopes the congresswomen will help change.

“I know other American families have the same problems, but we are feeling we have double problems,” she said. “Because we are showing we are Muslims, we are getting double.”

Abdia Mohammed, a Virginia resident who recently retired after working 18 years at the World Bank, said she had left Somalia in 1981 to live in the US -  and also sees herself in Omar. 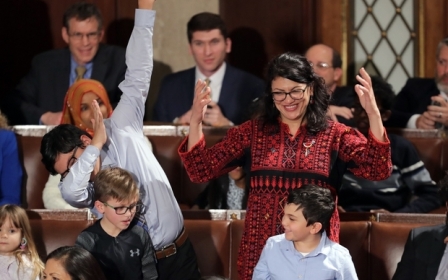