UK foreign office minister, whom Israeli embassy official discussed 'taking down', has been Conservatives' most vocal critic of illegal settlements 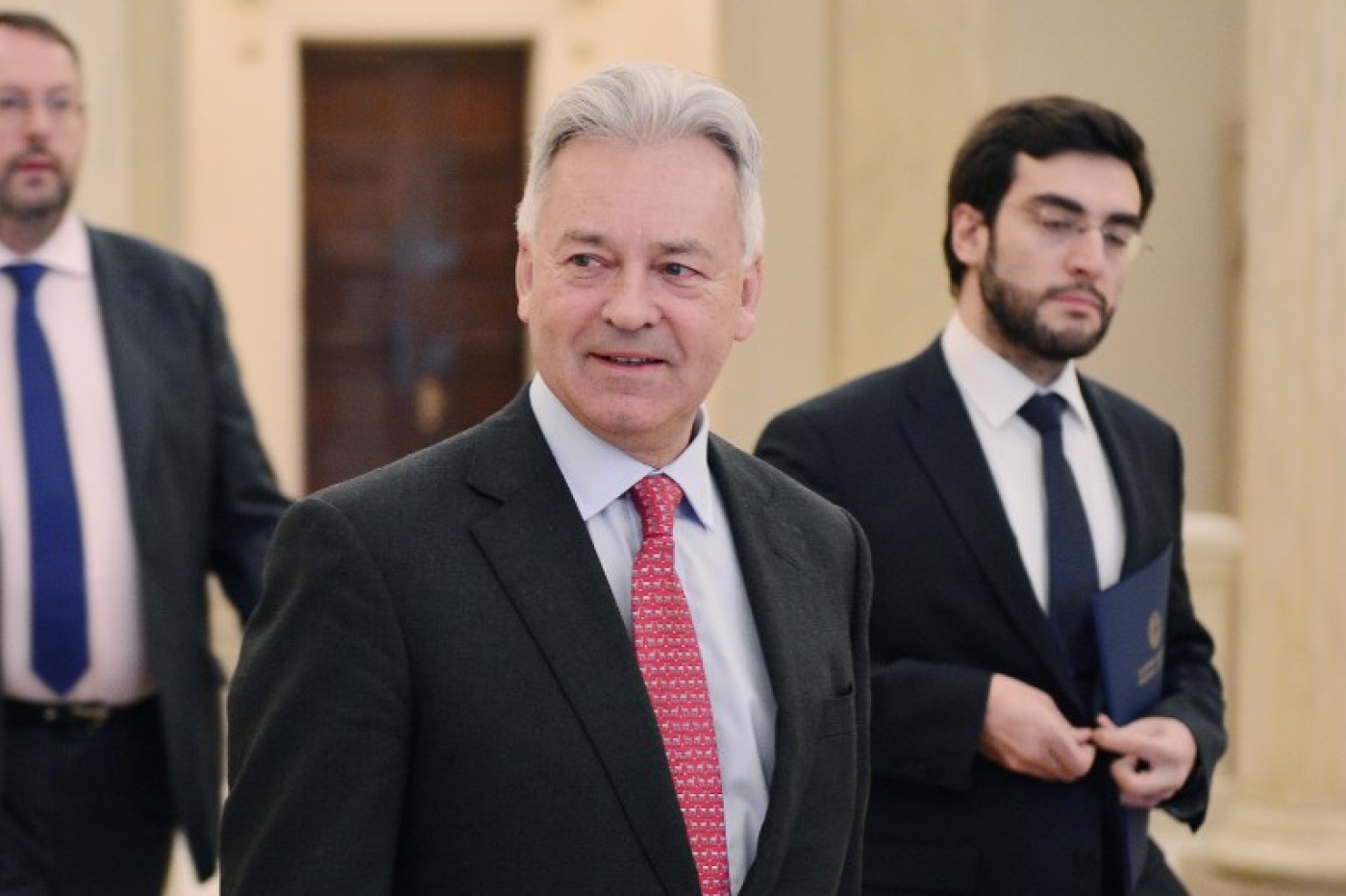 British foreign minister Alan Duncan said in 2014 that settlement endorsement "should be put on a par with racism, sexism, homophobia and anti-Semitism" (AFP)
By
Peter Oborne

It comes as little surprise that a political officer at the Israeli embassy should have wanted to "take down" Alan Duncan.

The foreign office minister, 59, who was knighted in 2014 for public service to his country, is one of a tiny number of Conservative members of parliament to have spoken out against the illegal Israeli settlement programme in the West Bank.

Most Tory MPs ignore the subject or pretend it does not exist.

Not so Duncan. He has regularly raised the issue and in doing so may have converted himself into a target for the Israeli government and its supporters.

In 2011, as a junior minister in charge of foreign aid, he took part in a British government video in which he accused Israel of carrying out a "land grab" in the occupied territories. Following pressure, Duncan was obliged to take it down from his department website.

Three years later Duncan, in an important speech at the Royal United Services Institute, returned to the subject of settlements with a comprehensive attack on Israeli policy.

He claimed that West Bank settlements were a "wicked cocktail" of illegality and occupation, and suggested that those who supported them should be barred from public office.

In an inflammatory statement he said: "Settlement endorsement should be put on a par with racism, sexism, homophobia and anti-Semitism. Indeed, just as we quite rightly judge someone unfit for public office if they refuse to recognise Israel, so we should shun anyone who refuses to recognise that settlements are illegal.

"No settlement endorser should be considered fit to stand for election, remain a member of a mainstream political party or sit in a parliament. How can we accept lawmakers in our country, or any country, when they support lawbreakers in another? They are extremists, and they should be treated as such."

Duncan added that "many settlers are state-sponsored militia, defying international law, driving out the rightful inhabitants from their land, and creating an illegal economy at the expense of those who have been cruelly displaced".

This speech brought him into conflict with the Board of Deputies of British Jews, which accused him of being "breathtakingly one-sided".

COMMENT: Boycotting Jews to prevent the boycott of Israel

The Board of Deputies said that Duncan "characterises defending Israel as equivalent to accusing people of wanting Israel's destruction or being anti-Semitic. This is a blatantly false allegation against the leadership bodies of the British Jewish community. It is a poisonous slur which should be retracted immediately."

The Community Security Trust, which monitors anti-Semitic hate crime and advises the Home Office, went further and accused him of anti-Semitism.

It said his speech "resonated with Jews/money/hidden power/alien purpose motifs of old anti-Semitic conspiracy theory, only now it was directed at Israel or pro-Israelis rather than Jews".

However, it is important to stress that Duncan is not a fanatic or an extremist. He is a mainstream Conservative politician. He is a supporter of the state of Israel and the two-state solution.

He takes the view - shared by many Israelis and British Jews - that settlements are wrong and stand in the way of lasting peace in the Middle East.

The Middle East is not the only issue on which Duncan has displayed courage in politics. He was the first sitting Conservative MP to publicly come out as gay. He did this as long ago as 2002, when such a move required moral bravery.

Six years ago he entered into a civil partnership with James Dunseath, to whom he is now married. Duncan is a powerful spokesman for gay rights.

In sharp contrast with many modern MPs, he had genuine experience of the sharp end of business before entering politics. After Oxford University he worked as a trader for Royal Dutch Shell then for the late Marc Rich (a fugitive from US justice until his highly controversial pardon by president Bill Clinton) in both London and Singapore.

The son of an air force family, Duncan was elected MP for the central England seat of Rutland in 1992 and became shadow leader of the House of Commons under David Cameron's Tory leadership. He was sacked as a minister by Cameron two years ago, but Theresa May brought him back into government with a senior ministerial post at the Foreign Office.

Recently, Duncan pulled off a coup when he negotiated a reconciliation deal with Argentina, with whom the UK fought a war in 1982 over the disputed Falkland Islands in the South Atlantic. His ministerial responsibilities do not include the Middle East.