Five Turkish soldiers and one special forces police officer were killed on Saturday in a bomb attack blamed on Kurdish militants in the southeast of the country, the Dogan news agency reported.

The members of the security forces were carrying out a military operation in Nusaybin in the southeastern Mardin province when a bomb planted by rebels from the Kurdistan Workers Party (PKK) was detonated, it said.

Nusaybin has been under curfew since mid-March amid a military operation to push the PKK out of the town, where the authorities say the group dug trenches and put up barricades.

The PKK first took up arms against Turkey between 1984 and 1999 in a civil war that sought an independent Kurdish state for Turkey's largest ethnic minority, but it now focuses on autonomy and greater rights. About 40,000 people died in that initial conflict, according to Der Spiegel.

The fighting resumed in 2004. The PKK declared a truce in March 2013 but it collapsed last summer and the government has since moved to eradicate the group's presence in urban centres in a relentless military campaign.

The new attack comes two days after seven police were killed and 27 others wounded by a massive car bomb attack on a police bus in Turkey's main southeastern city of Diyarbakir.

Turkish authorities on Saturday detained the suspected perpetrator, identified as A.C., of that attack, which was claimed on Friday by the military wing of the PKK.

The bombing - unlike previous recent attacks in Turkey - was not a suicide attack but remotely detonated, officials said at the time.

Dogan said A.C. is believed to be the man recorded on security camera footage walking away just before the attack from a parked white car which would later explode when the police bus passed.

The Dogan report said nine others suspected of links to the attacks had been detained on Friday prior to A.C.'s arrest.

In other violence blamed on the PKK overnight, one civilian was killed and 18 people wounded in an attack on a military sub-station in the Kiziltepe district of Mardin province, the army said.

The civilian killed was reportedly a Syrian who had been working on a building site project.

President Recep Tayyip Erdogan said earlier this week that 355 members of the security forces had been killed in the fighting since the truce collapsed last summer.

He also claimed 5,359 members of the PKK had been killed, but it was not possible to confirm that toll.

Turkey has been shaken this year by two attacks in the capital Ankara claimed by Kurdish rebels that killed dozens and two deadly bombings in Istanbul blamed on militants that targeted foreigners. 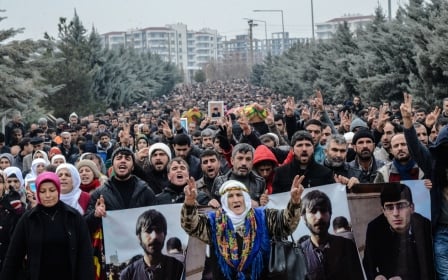 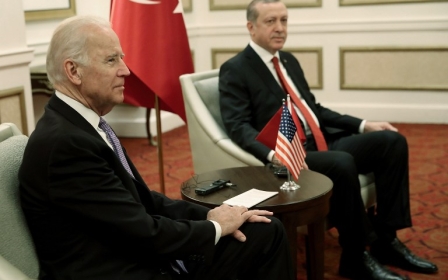