PKK leader: 'Time has come' for guerrillas to intervene in Turkey

Turkey says more than 5,000 Kurdish militants have been killed since last year People flash the victory sign as they carry the coffins of Kurdish militants Mesut Seviktek and Isa Oran, who were killed in clashes with Turkish forces in Diyarbakir (AFP)
By
MEE staff

A leading figure in the Kurdistan Workers Party (PKK) has said the group will be sending its military wing into southeast Turkey as clashes between the Turkish state and Kurdish militants continue to intensify.

Murat Karayilan, central headquarters commander of the Kurdistan People’s Defence Forces (HPG) said the time had come to "intervene" in the conflict, which so far has mainly involved members of the PKK's youth wing, the Patriotic Revolutionary Youth Movement (YDG-H) and the Civil Protection Units (YPS).

"Spring has come, the HPG should now intervene," he said, addressing PKK supporters based in south and north Kurdistan via long-distance transmitters, according to the pro-PKK Firat News Agency (ANF).

"However, this intervention should not be in the form of entering urban areas. It should be in the form of supporting the self-defence resistance of Kurdish youth under the umbrella of YPS from the mountains."

He cited an attack by HPG fighters on the Mermer Gendarmerie outpost last Thursday which reportedly killed 28 soldiers as an example of a successful strategy.

"The HPG would not intervene if the army had not attacked urban areas, but we have to intervene since the Turkish army mobilised its forces against the Kurdish youth in cities," said Karayilan.

"There was no need for such a war, and the issue of trenches would have been resolved if the state had responded to the issue differently."

On Monday, Turkish President Recep Tayyip Erdogan announced that 5,359 Kurdish militants had been killed in security operations since last July, when the ceasefire between the PKK and the Turkish state collapsed.

Air strikes and other operations have been carried out against suspected Kurdish militants in southeast Turkey and the PKK headquarters in the Qandil mountains in northern Iraq.

He also said that around 335 security officials and 285 civilians had been killed in the same period.

“We made this territory our country with the blood of our martyrs over a thousand years," he said in a speech addressing commanders-in-chief and military officers at the Turkish War Colleges in Istanbul.

"If we are to continue living here, we have to pay its price."

Violence has continued in Turkey's restive southeast, which has seen the construction of checkpoints, roadblocks and the imposition of curfews.

Three soldiers were wounded on Monday after Kurdish militants detonated an improvised explosive device (IED) they had buried in the road as a service shuttle passed carrying soldiers between the towns of Siverek and Viransehir.

Over the weekend, 32 Kurdish militants, as well as three soldiers and a policeman, were also killed in the southeastern province of Mardin. 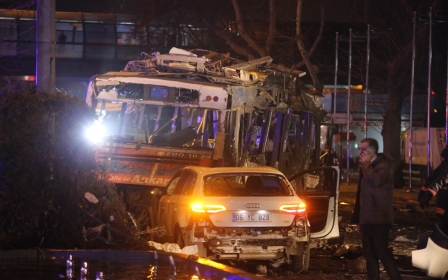 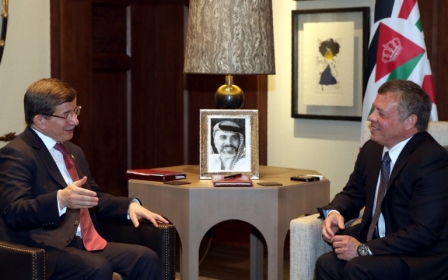