In October 2017, when serving as CIA director, Pompeo accused Iran of working with al-Qaeda (AFP)
By
MEE staff
in
Washington

US Secretary of State Mike Pompeo alleged on Tuesday that al-Qaeda has a "new home base" in Iran, a claim that was immediately rebuffed by the Islamic Republic.

The Trump administration's top diplomat accused Iran of providing a safe haven to hundreds of members of the armed group, with al-Qaeda centralising its leadership inside the country. "Al-Qaeda has a new home base, it is the Islamic Republic of Iran," Pompeo said at the National Press Club in Washington DC.

Pompeo claimed the armed group had established Iran as its "operational headquarters" in 2015, when then US President Barack Obama was working to finalise the Iran nuclear deal.

"Iran decided to allow al-Qaeda to establish a new operational headquarters on the condition that al-Qaeda operatives abide by the regime's rules governing al-Qaeda's stay inside of the country," he said.

Still, Pompeo did not offer any evidence to support this specific claim.

No one is fooled. All 9/11 terrorists came from @SecPompeo's favorite ME destinations; NONE from Iran.

The claims have been largely rejected by security analysts, who say the deep political divisions between the two have made them embittered enemies.

One source of evidence provided by Pompeo was a letter found by US Navy Seals during the raid on bin Laden's compound in Abbottabad, Pakistan.

"Iran is our main artery for funds personnel and communication. There is no need to fight with Iran. Unless you are forced to," the letter read, as quoted by Pompeo.

Following the announcement, Pompeo announced sanctions on al-Qaeda leaders who were allegedly based in Iran and called for the UN to sanction the Islamic Republic for having ties to the armed group, citing UN Security Council resolution 1267.

Former President George W Bush also accused Iran of having ties with the 9/11 attacks on the United States, but these allegations have since been debunked.

A former senior US intelligence official with direct knowledge of the issue told Reuters that Iran was never friendly with al-Qaeda before or after the 9/11 attacks and any claims of current cooperation should be viewed warily.

Still, reports have surfaced over the years of al-Qaeda operatives hiding out in Iran.

In November, The New York Times reported that Abu Muhammad al-Masri, a militant accused of masterminding the bombings of two US embassies in Africa in 1998, was killed in Tehran by Israeli operatives.

Iran denied Masri was ever in Iran and claimed that no other al-Qaeda figures were present in the country.

Pompeo himself has previously made the allegations as well, without offering concrete evidence.

In October 2017, when serving as CIA director, Pompeo said that "there have been times the Iranians have worked alongside al-Qaeda".

Iran has been a primary target of the Trump administration over the past few years, with the president walking away from the Iran nuclear deal with world powers in 2018 and embarking on a "maximum pressure" campaign that saw the reimposition of crippling sanctions on Tehran.

The US under Trump also assassinated top Iranian General Qassem Soleimani in a drone strike near Baghdad airport last January, spiking tensions between Washington and Tehran to a fevering point. 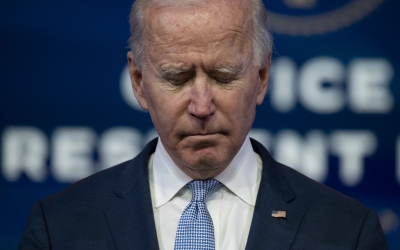 Since President-elect Joe Biden won November's election, the White House has been trying to create a wedge between Tehran and the incoming Biden team, which seeks to return to the Iran nuclear deal and lift sanctions.

In addition to announcing new sanctions on a consistent basis, Trump has gone after Iran and its allies in the region.

The State Department announced on Sunday its intention to list the Houthi movement in Yemen, which Washington sees as an Iranian proxy, as a foreign terrorist organisation.

Biden, who will take office on 20 January, is expected to ease tensions with Iran and rekindle a nuclear deal between Washington and Tehran, which was signed when he was the vice president in 2015. 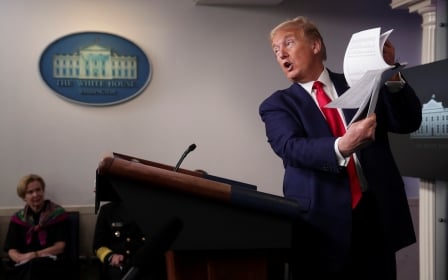 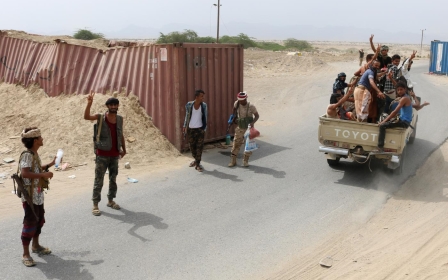