Pope Francis will make 'historic' trip to Iraq in March 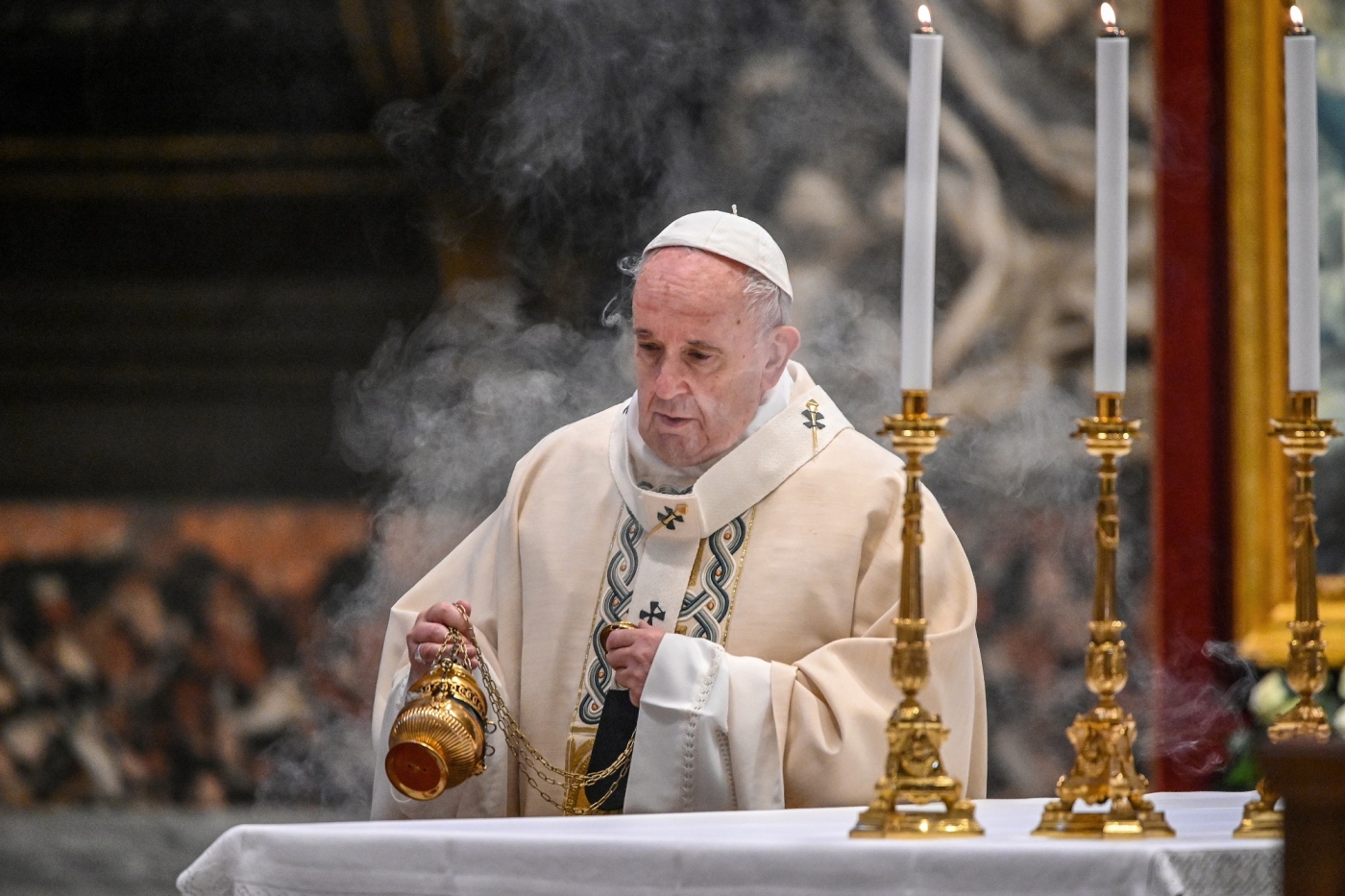 The pope will visit Mosul, which had been under IS control as recently as 2017 (AFP/File photo)
By
MEE staff

Pope Francis will make a "historic" trip to Iraq in March where he will visit Baghdad, Erbil as well as the northern cities of Mosul and Qaraqosh, which had been under the control of the Islamic State (IS) group, the Vatican announced on Monday.

"Pope Francis, accepting the invitation of the Republic of Iraq and of the local Catholic Church, will make an Apostolic Journey to the aforementioned Country on 5-8 March 2021," the pope's press office said.

"He will visit Baghdad, the plain of Ur, linked to the memory of Abraham, the city of Erbil, as well as Mosul and Qaraqosh in the plain of Nineveh."

The pope's visit comes amid political turmoil and a rise in tensions in Iraq, which has become the field for a proxy confrontation between the United States and Iran.

The Iraqi government called the trip a "historic event" meant as a message of support for the entire country.

"The Pope’s visit to Iraq, Mesopotamia, the land of Messengers and Prophets, and the homeland of Ur and Prophet Abraham represents a historic event and is considered support for all Iraqis," the Iraqi foreign ministry said in a statement.

"It also represents a message of peace to Iraq and the entire region, affirms the unity of the humanitarian position in confronting extremism and conflicts, and promotes diversity, tolerance and coexistence."

Iraqi President Barham Salih also welcomed the papal visit. "His Holiness the Pope will visit Iraq in March 2021. The journey of Pope Francis to Mesopotamia - cradle of civilization, birthplace of Abraham, father of the faithful- will be a message of peace to Iraqis of all religions & serve to affirm our common values of justice & dignity," he wrote on Twitter.

Iraq's Christian community, including Assyrians and Chaldean Catholics, has been dwindling since the 2003 US-led invasion and the rise of militancy and sectarian violence that followed.

Qaraqosh, an Assyrian city that was home to 50,000 people, was entirely evacuated after IS took over large parts of the country in 2014. Thousands of residents have returned since the town's liberation from the militants late in 2016.

The pope's visit to Iraq will be his first journey outside of Italy since the outbreak of the coronavirus pandemic earlier this year. It would also be the first visit to Iraq by a pope.

A trip to Iraq would be Pope Francis' third to the Middle East, having previously visited the UAE, Israel and the Palestinian territories.

The Vatican noted that the visit to Iraq will "take into consideration the evolution of the worldwide health emergency".

Pope Francis, who leads the Roman Catholic church of 1.2 billion people, is known for his progressive views and advocacy for immigrants and tolerance.

In a New York Times article published last month, the pope urged people to follow social distancing restrictions to eradicate the coronavirus, stressing the need to address issues that affect the entire world, including wars and hunger.

"There are a thousand other crises that are just as dire, but are just far enough from some of us that we can act as if they don’t exist," he wrote.

"Think, for example, of the wars scattered across different parts of the world; of the production and trade in weapons; of the hundreds of thousands of refugees fleeing poverty, hunger and lack of opportunity; of climate change.

"These tragedies may seem distant from us, as part of the daily news that, sadly, fails to move us to change our agendas and priorities. But like the Covid-19 crisis, they affect the whole of humanity."