Putin: Russia, Turkey and Iran say US pullout from Syria is a 'positive step'

At summit in Sochi, Turkey's President Erdogan says hopes for a solution in Syria are 'sprouting as never before' 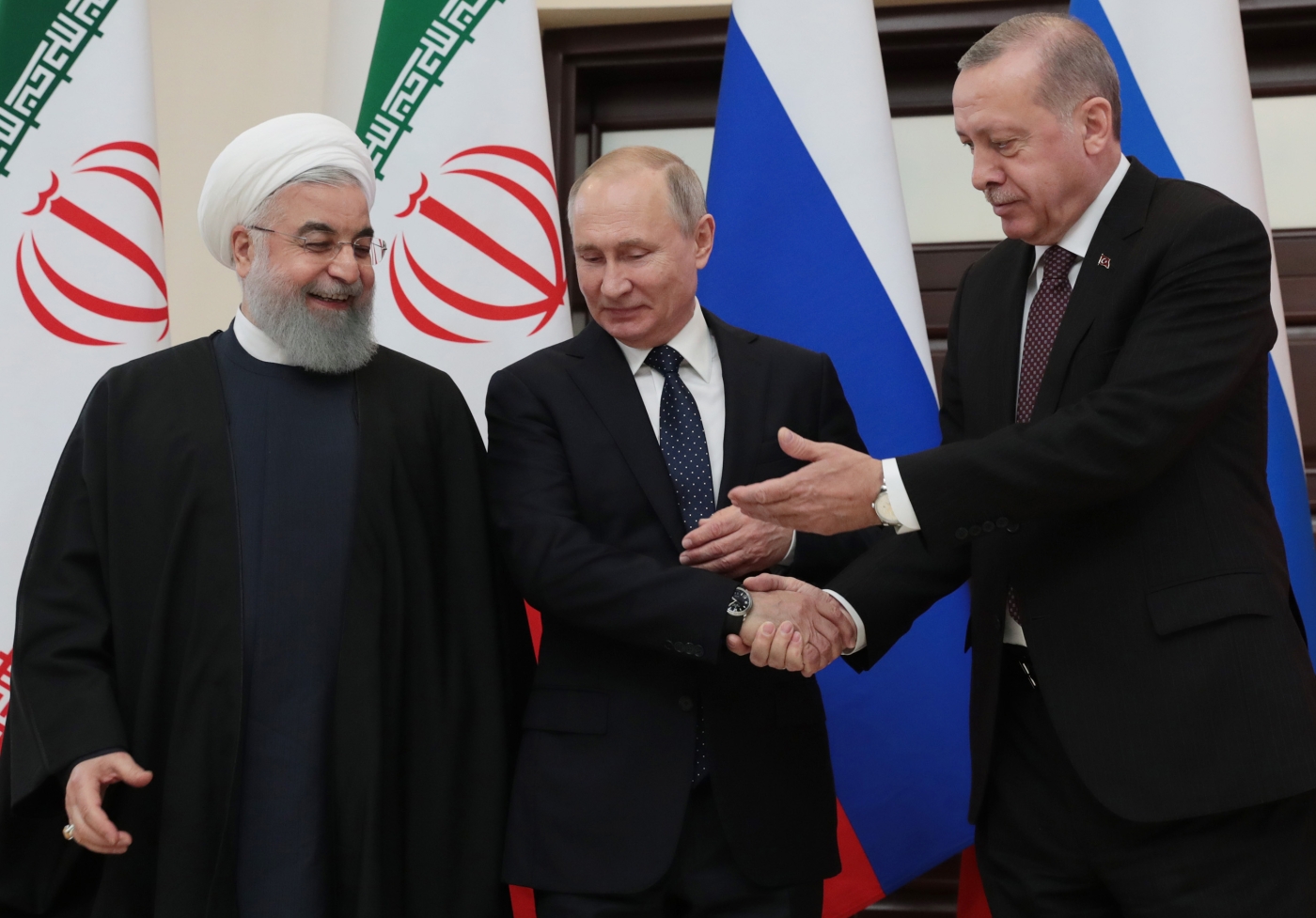 Moscow, Ankara and Tehran consider the planned US withdrawal from Syria to be a positive step, Russian President Vladimir Putin said after a meeting with his Turkish and Iranian counterparts.

At a joint press conference on Thursday, Putin said that he, Turkey's Recep Tayyip Erdogan and Iran's Hassan Rouhani agreed that the US pullout "would be a positive step that would help stabilise the situation in this region, where ultimately the legitimate government should re-establish control".

The United States announced in December that it would pull about 2,000 troops out of northeastern Syria, a decision that has prompted criticism and raised serious questions about the way forward in the war-torn country.

The leaders of Iran, Turkey and Russia - who have positioned themselves as the key foreign players in Syria's long-running war - met in the Russian city of Sochi for talks on how to work more closely to resolve the conflict.

'We have no optimism about what the Americans say... but if they do withdraw, it will be very good news'

Russia and Iran have provided support to Syrian President Bashar al-Assad and his forces in the country's ongoing war, while Turkey has backed some Syrian rebel groups.

Ankara has also played an increasingly pivotal role following US President Donald Trump's announcement of the American troop withdrawal, with Trump and Erdogan holding multiple phone calls to discuss how to coordinate the pullout.

While they all welcomed the US plans to withdraw, Putin said on Thursday that Moscow had not noted any big changes to suggest the pullout was taking place.

Instead, he said Trump sometimes struggles to fulfil his promises because of internal political issues.

Rouhani also suggested he didn't believe the US was actually planning to leave Syria. "We have no optimism about what the Americans say... but if they do withdraw, it will be very good news," he said during the press conference.

Nonetheless, Putin said the discussions with his Turkish and Iranian counterparts were "constructive and business-like" and that "close coordination" was crucial to ensuring long-term stability in Syria.

He said the three leaders agreed to "strengthen cooperation" on the so-called Astana framework - a process initiated by Russia, Iran and Turkey that has eclipsed parallel peace talks led by the United Nations.

They also agreed to work together to create a constitutional committee that would work to resolve Syria's political future, Putin said.

Another round of talks are expected to take place in Astana in late March and early April, the Russian leader said.

For his part, Erdogan said hopes of a political resolution were "sprouting as never before" and that Turkey did not want a new humanitarian crisis to emerge in Syria.

"We do not want a new humanitarian crisis and new tragedies to arise either in Idlib or in other regions of Syria," Erdogan said at the news conference.

Rouhani also described Thursday's talks as "very helpful and frank" and insisted on Syria's territorial integrity, calling for a "purge of terrorists" from the rebel-held northwestern province of Idlib.