Al-Qaeda in North Africa has denied reports its former leader Mokhtar Belmokhtar was killed in a US air strike last week in Libya, in a statement posted online overnight.

"The mujahid Khaled Abu al-Abbas is still alive and well," said the statement from Al-Qaeda in the Islamic Maghreb, using the name by which Belmokhtar is widely known in militant circles.

"The real target of the air strike was the Libyan lions," the extremist group said, referring to fighters in the strife-torn North African country.

Libya's Tobruk-based government said on Sunday that Belmokhtar -- who has been reported dead on several previous occasions -- was killed in a US air strike.

The Pentagon said Belmokhtar had been the target of the strike but was non-committal about whether F-15 Strike Eagle fighter jets armed with 500-pound bombs had succeeded in killing the notorious Algerian jihadist.

On Monday, the al-Qaeda-linked Ansar al-Sharia group also denied Belmokhtar had been killed in the raids.

It said in a statement that "seven martyrs" died in the strike that targeted a farm near Ajdabiya, some 160 kilometres (100 miles) west of Libya's second city of Benghazi.

Belmokhtar, nicknamed variously as "The Uncatchable", "Mr Marlboro" and "The One-Eyed", is leader of the North African Al-Murabitoun militant group and a former chief AQIM.

He allegedly masterminded the 2013 siege of an Algerian gas plant in which 38 hostages, mostly Westerners, were killed.

He was previously thought to have been killed in Mali, but security sources said last year he had moved to Libya.

It has rival governments and parliaments, with powerful militias battling for influence and a share of its oil wealth.

Militant groups have exploited the lawlessness, which has also prompted a huge influx of migrants trying to make the dangerous Mediterranean crossing to Europe, with hundreds dying in shipwrecks and the EU straining to respond. 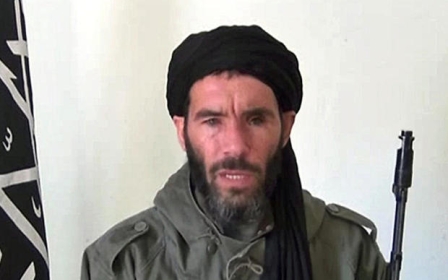