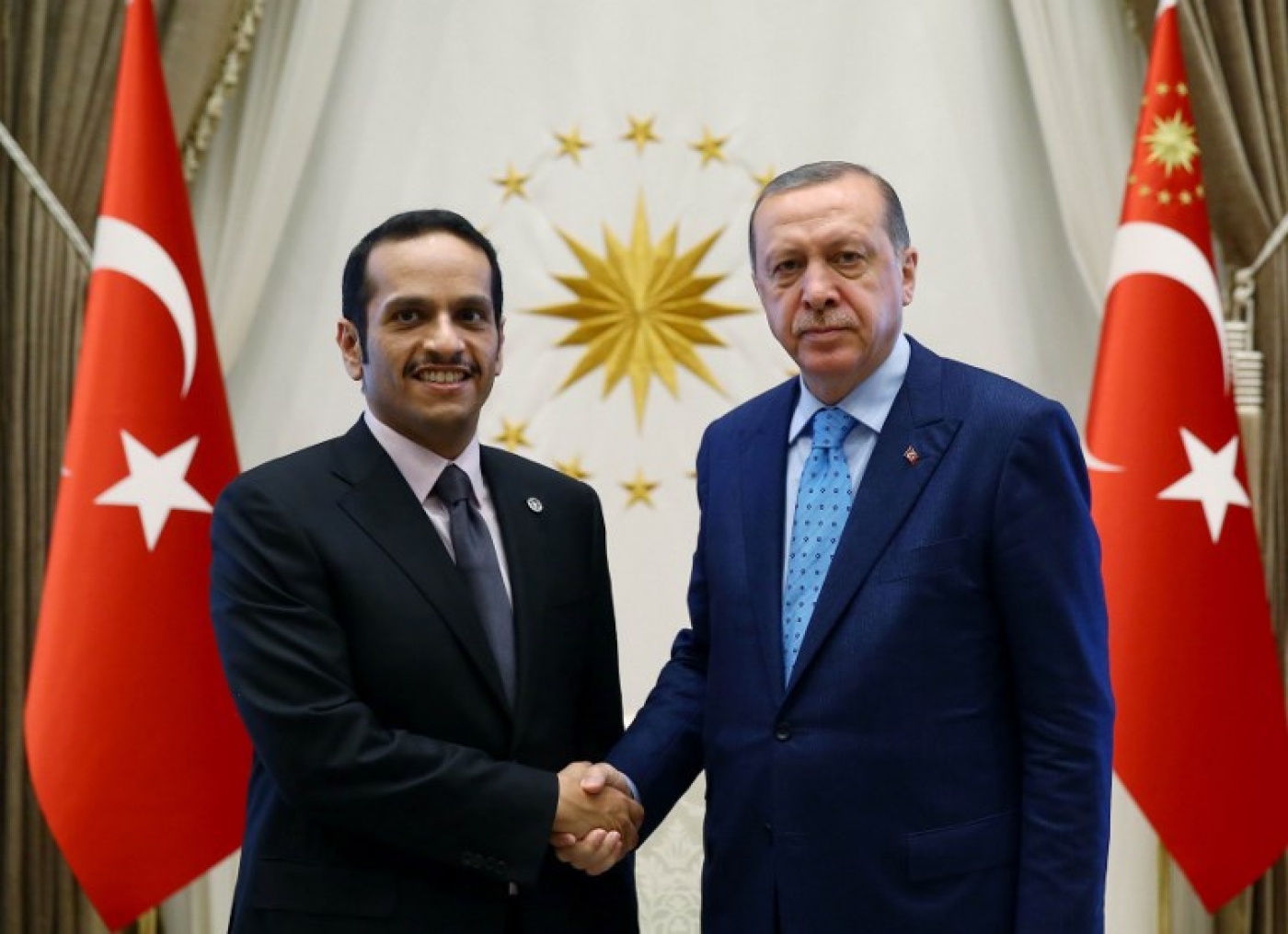 Turkey and Qatar have insisted Ankara will keep a new military base in the emirate, rejecting demands from other Gulf countries for the facility to be closed.

Their refusal to give in to the demands comes as French Foreign Minister Jean-Yves Le Drian called for a lifting of sanctions against Qatari nationals and offered to help mediate the crisis, triggered when Saudi Arabia, Bahrain, the United Arab Emirates and Egypt cut diplomatic and transport ties with Qatar last month.

The quartet then submitted a list of 13-wide-ranging demands calling on Qatar to stop its supposed support for extremist groups, sever ties with Iran and close the Turkish military base.

"No country has the right to raise the issue of the Turkish base or the military cooperation between Qatar and Turkey as long as this cooperation respects international law," Qatar Foreign Minister Sheikh Mohammed bin Abdulrahman al-Thani told reporters in Ankara.

Speaking after meeting al-Thani, Turkish Foreign Minister Mevlut Cavusoglu said the demands to close the base "go against the two countries' sovereignty.

"A third country has no right to say something to Qatar or Turkey. Everyone must respect this," he added.

Cavusoglu added that until now, there had been "no objections" over the base, Turkey's first military facility in the Gulf region.

The crisis has put Turkey in a delicate position since Qatar is its main ally in the Gulf, but Ankara does not want to antagonise key regional power Saudi Arabia.

Shortly after the crisis unfolded, Ankara fast-tracked the deployment of troops at the base as part of a bilateral defence deal agreed in late 2014.

Turkey now has 150 troops at the base, Hurriyet daily reported on Wednesday, up from 80 first sent after the parliament approved the deployment.

Cavusoglu also pointed to the lack of objections to the presence in Qatar of the largest American airbase in the Middle East, seen as crucial to the US-led campaign against the Islamic State (IS) group.

Turkish President Recep Tayyip Erdogan has said he will visit the key players in the crisis - including Saudi Arabia and Qatar - in the next weeks.

The Qatari top diplomat, who will meet Erdogan later, said Doha was being subjected to an "unjust siege" imposed "without any reason".

Meanwhile, during a trip to Doha on Saturday, French Foreign Minister Le Drian said Paris wants to assist Kuwait-led mediation on the crisis between Qatar and four other Arab states.

"France should be a facilitator in the mediation" led by Kuwait, Le Drian told reporters following talks with his Qatari counterpart al-Thani.

Le Drian arrived in Qatar for a Gulf tour aimed at helping defuse the crisis.

"France is very concerned by the sudden deterioration in relations between Qatar and many of its neighbours," he said.

"France is talking to all these countries to help in the search for a solution," he said, calling for "dialogue and calm" between the Arab states concerned.

"France calls for the lifting, as soon as possible, of the measures that affect the populations in particular, bi-national families that have been separated or students," French Foreign Minister Jean-Yves Le Drian told reporters in Doha.

The French foreign minister follows in the steps of other world powers in the region, including the United States, whose Secretary of State Rex Tillerson sought to find a solution to the impasse this week.

Officials from Britain and Germany also visited the region with the aim of easing the conflict, for which Kuwait has acted as mediator between the feuding Gulf countries.

Le Drian is to travel on to Saudi Arabia, Kuwait and the UAE, following a four-day mediation mission by US Secretary of State Rex Tillerson that made little progress in defusing mounting tensions in the Gulf. Gulf Tensions
Gulf crisis: Saudis use 2013 'secret accord' to pile pressure on Qatar