Imprisoned former tournament organiser Abdullah Ibhais prevented from communicating with his wife and denied representation at appeal, according to family Abdullah Ibhais was sentenced to jail last April over allegations, which he strongly denies, of bribery and misuse of funds (Screengrab/Twitter)
By
Rayhan Uddin

The family of an imprisoned World Cup organising committee whistleblower has accused Qatari authorities of attempting to “silence” him from talking about migrant worker conditions during the tournament, Middle East Eye understands.

Abdullah Ibhais, the former deputy communications director at the 2022 Supreme Committee for Delivery and Legacy (SC), was arrested in November 2019 and sentenced to jail last April over allegations of bribery and misuse of funds.

Ibhais has long alleged that he is being persecuted for criticising the handling of a strike by migrant workers in Qatar in August 2019.

His family released a statement on Monday condemning Qatar’s judicial system, revealing that his most recent appeal had been rejected during a “surprise” hearing last week.

Qatar’s Court of Cassation met on 7 November to rule on an appeal filed in February, without giving Ibhais or his representatives  “written and verbal notification of any kind”, according to the family.

“The hearing was held in the absence of Abdullah, the defendant, and his lawyer, and anybody or entity that represents him,” the statement said.

It added that the defence was unheard by the appeal judge, who “ruled against Abdullah in less than one minute”.

“Based on that, we… declare our complete distrust in the Qatari judicial system. These courts - to our experience - have been no more than kangaroo courts, which conduct show trials lacking the minimum requirement of justice.”

'Their only concern is to silence Abdullah during the World Cup at every cost, and punish him for his refusal to cover up migrant workers harsh conditions'

The family added that Ibhais was denied a scheduled visit from his wife on 2 November, and put in solitary confinement based on prison administration claims he was going to “smuggle” a letter out to her.

She was also threatened with a complete ban on calls and visits “if news about his conditions reach the media".

“The Qatari authorities and Fifa bear the full responsibilities of his safety, and the safety of his kids and wife,” the family said.

“All court proceedings and prison administration restrictions prove that their only concern is to silence Abdullah during the World Cup at every cost, and punish him for his refusal to cover up migrant workers harsh conditions that led to their strike on 4 August 2019.”

In a statement to Middle East Eye on Monday, a spokesperson for the Supreme Committee said that Ibhais was convicted after allegations that a number of former employees, including him, did not conduct the tender the awarding of a social media management contract "in accordance with law".

“Mr. Ibhais’ post-conviction allegations that the SC conspired against him because of his views on migrant workers are ludicrous, defamatory, and absolutely false. The SC’s work culture promotes and encourages staff raising issues and grievances, and particularly on the subject in question,” the statement said.

The spokesperson did not specifically answer MEE's questions on the family's allegations about Qatar's judicial system and prison authorities. Fifa did not respond to a request for comment by the time of publication. 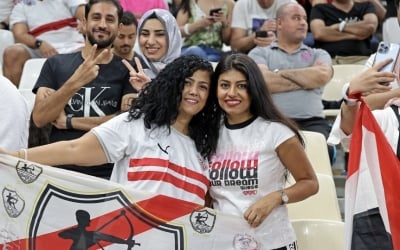 “The case doesn't just implicate the partiality of Qatar's judicial system, it's also a terrible indictment of the methods of its police and its prosecutors,” Nicholas McGeehan, director of rights group FairSquare, told MEE.

“The Supreme Committee appears to have been the organisation that put Abdullah in harm's way by reporting him to the authorities with a set of half-baked conspiracy theories and Fifa is yet again showing resolute loyalty to whoever is willing to fill its coffers, irrespective of their conduct.”

During a previous appeal hearing on 15 December, Qatari authorities upheld his conviction though it reduced the sentence from five to three years.

Human rights organisations accused Qatari authorities of serious violations of his right to a fair trial, stating that evidence against Ibhais was obtained from a confession which he later retracted in court.

He has stated that his confession was extracted under coercion by interrogators, who said that he would face serious state security charges if he did not admit to the accusations of bribery and misuse of funds.

Last week, a new report alleged that construction companies hid migrant workers during official inspections to stop them from making complaints to Fifa and Qatari officials.

A Qatari government official told MEE that the country had "overhauled" its labour system over the last two decades and was "leading the region on labour rights". 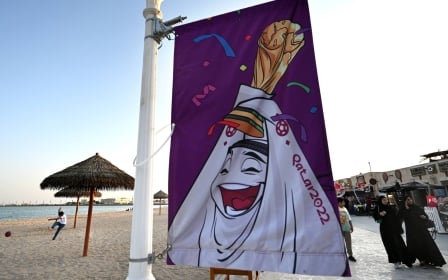 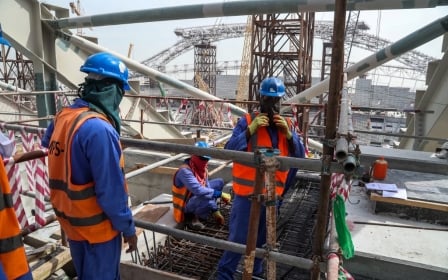