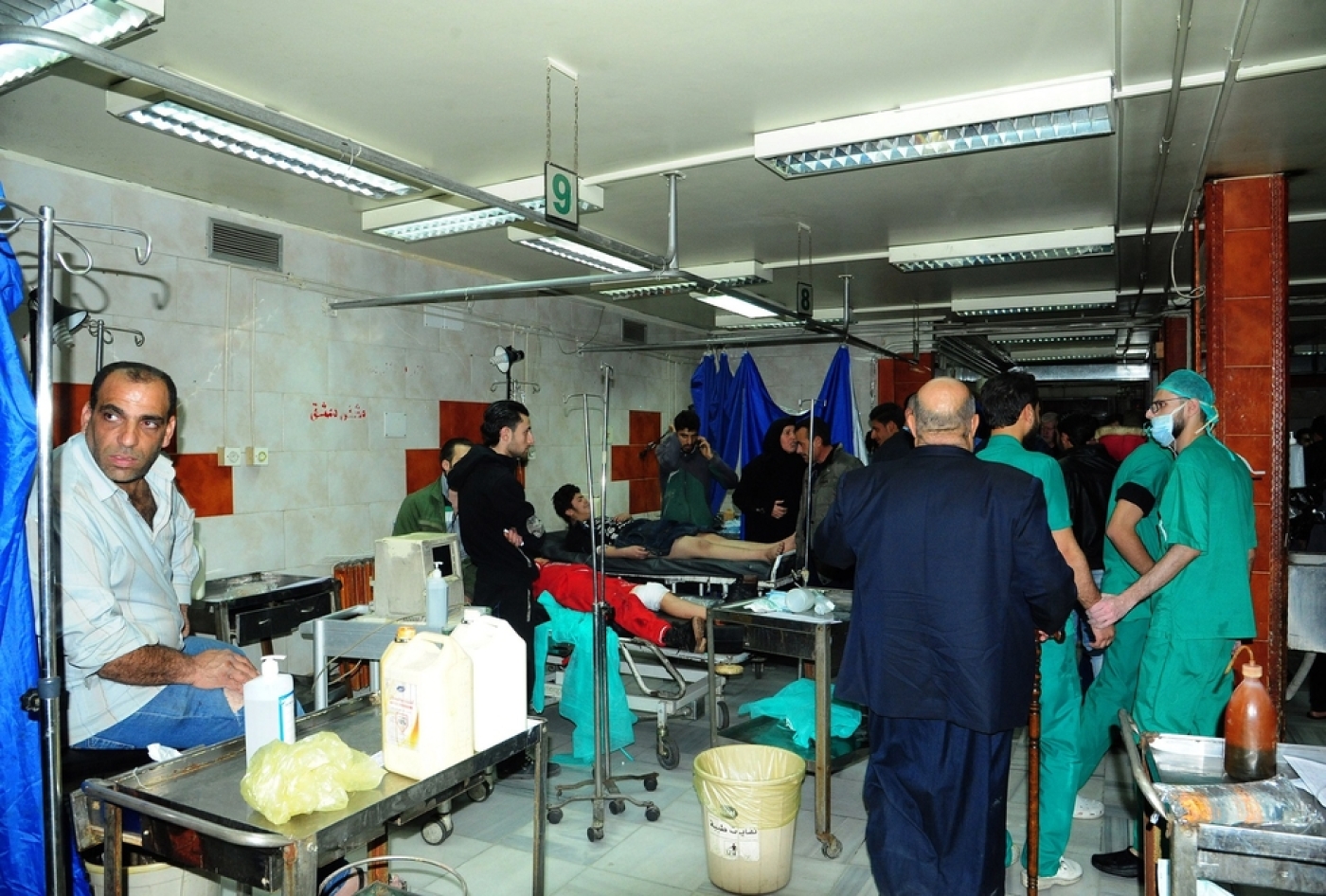 A handout picture released by SANA shows Syrians receiving treatment after a rocket attack in the Jaramana area, 20 March (AFP)
By
MEE and agencies

Rebel rocket fire on a market in a Damascus suburb killed 35 people on Tuesday in one of the deadliest attacks on the Syrian capital since the start of the Syrian conflict in 2011, Syrian state television said.

A taxi driver, who chose not to give his name, told AFP that he was nearby when the rocket hit the area.

"The place was full of people buying presents for Mother's Day," the 41-year-old said, adding the market is next to an army checkpoint.

A woman who identified herself as Umm Hisham said she lost her leg in the attack.

"May God never forgive them. The rocket fell as we were shopping... We were standing in front of the sweets shop" before the explosion, she told AFP from a hospital in Damascus.

Since 18 February, government forces have waged a blistering offensive against rebels in the last opposition bastion outside Damascus.

The air and ground assault has seized at least 80 percent of Eastern Ghouta and killed more than 1,450 civilians, says the Syrian Observatory for Human Rights monitor.

Around 50 civilians have also been killed by rebel shelling on the capital, the Britain-based monitor has said.

The United Nations said on Tuesday it was "deeply concerned" over the safety of tens of thousands of civilians fleeing Eastern Ghouta as well as the security screening procedures for those trying to leave.

Some 50,000 civilians have streamed out of the enclave into areas under government control.

"The exodus is fairly chaotic...there is ongoing bombardment. It is a war zone," UN humanitarian agency spokesman Jens Laerke told reporters in Geneva.

"We are deeply, deeply concerned for their safety," he said.

The UN refugee agency also urgently called on Tuesday for the protection of those who have fled and for the hundreds of thousands of civilians still trapped by fighting who are in "dire need of aid". 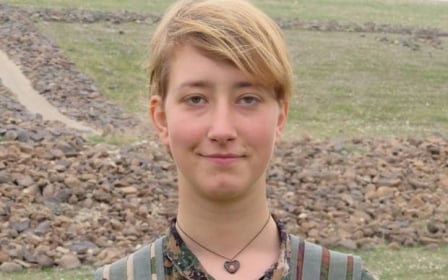