Sarsour, an organiser of the Women’s March on Washington and an outspoken activist against right-wing policy, has been fiercely criticised by conservative news websites for mentioning "jihad" in a speech last weekend.

"Jihad" is a literal translation of the word "struggle" in Arabic. The word has been defined broadly as an Islamic virtue that entails pushing against vice, sinful temptations and injustice. However, the word has also been associated with militant groups that frame their attacks as a part of a global jihad in the name of Islam.

At a conference for the Islamic Society of North America near Chicago, Sarsour quoted Islam's Prophet Muhammad in saying: "A word of truth in front of a tyrant ruler or leader, that is the best form of jihad."

She said she hopes that God accepts standing up against oppression as a form of jihad, including in the US "where you have fascists and white supremacists and Islamophobes reigning in the White House".

Despite the context of her comments, Sarsour faced anger from far-right commentators who inaccurately framed her words as a call for violence.

"Linda Sarsour, a Palestinian-American activist who has expressed support for terrorists, recently called on Muslims to wage a form of 'jihad' against the Trump administration," read the first paragraph in a story published in the Daily Caller, a website known for its anti-Muslim headlines.

Other right-wing outlets, including the Washington Times and Conservative Review, ran similar headlines.

Sarsour blamed "religious illiteracy" for the wave of anger. "Learn the truth. We can't let those who want to take our rights away from us win," she wrote on Twitter.

"If anything, Linda Sarsour is a fighter. She also has scores of fighters of all faiths and races backing her up," tweeted University of Detroit Mercy law professor Khaled Beydoun.

@lsarsour is a true American hero. She speaks truth to power. That's why she's demonized by the extremist right wing media.#IStandWithLinda

This is not the first time Sarsour has been the target of a smear campaign from US conservatives. After the Women’s March in January, she was the subject of a campaign falsely accusing her of ties to militant groups.

In May, dozens of far-right demonstrators, including disgraced Breitbart editor Milo Yiannopoulos, protested against an upcoming speech by Sarsour at the City University of New York.

Religion
What is Sukkot? The Jewish celebration explained
Religion
Spirituality and mental health: American Muslims facing greater stigma than peers
Religion
What is Ashura and how do Muslims observe it? 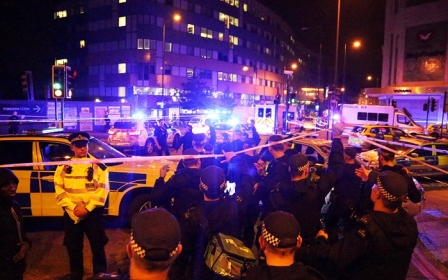