Death toll of Lebanon shipwreck off Syria coast rises to 100

Twenty people survived, after vessel carrying up to 150 - mostly Lebanese, Syrian and Palestinian - sank near Tartus 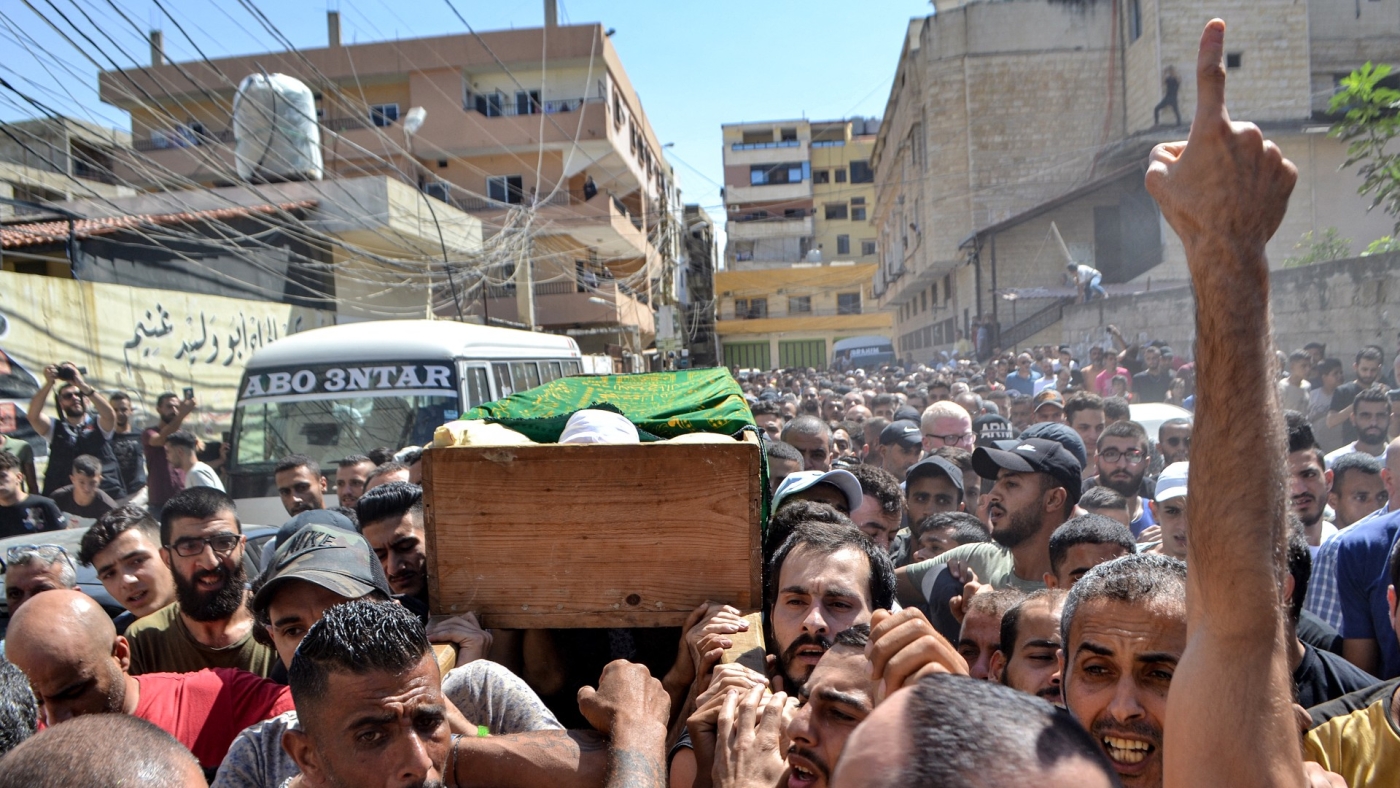 Mourners march with the body of one of the victims who drowned in a shipwreck off the Syrian coast, during his funeral on the outskirts of the Lebanese city of Tripoli on 24 September 2022 (AFP)
By
MEE and agencies

One hundred bodies have been recovered after a boat from Lebanon sank off Syria’s coast last week, state media has reported.

As many as 150 passengers, mostly Lebanese, Syrian and Palestinian, were on board a small vessel that sank near the coastal city of Tartus on Thursday.

"The number of victims of the Lebanese boat has reached 100 people so far after another body was recovered from the sea," the head of Syrian ports Samer Kbrasli told state news agency SANA on Monday.

Twenty survivors were treated in Al-Basel hospital in Tartus last week. All of them have now been discharged, SANA reported.

Those rescued said that the boat set off from Miniyeh, a town north of the Lebanese port city of Tripoli. Tartus is the southernmost of Syria’s key ports, around 50km north of Tripoli.

Several bodies were returned to Lebanon, including to the Nahr al-Bared refugee camp near Tripoli, where mourners marched with the coffin of one of the victims during his funeral.

Lebanon has seen a spike in the number of people attempting to board overcrowded boats to reach Europe over the past 12 months amid a worsening economic crisis.

Last week’s shipwreck has been described as one of the deadliest in the eastern Mediterranean in recent years.

Unicef, the UN’s children’s agency, said 10 children appeared to be among the dead, adding that "years of political instability and economic crisis in Lebanon have pushed many children and families into poverty".