'From the river to the sea': Palestinian advocates say call for freedom is not antisemitic 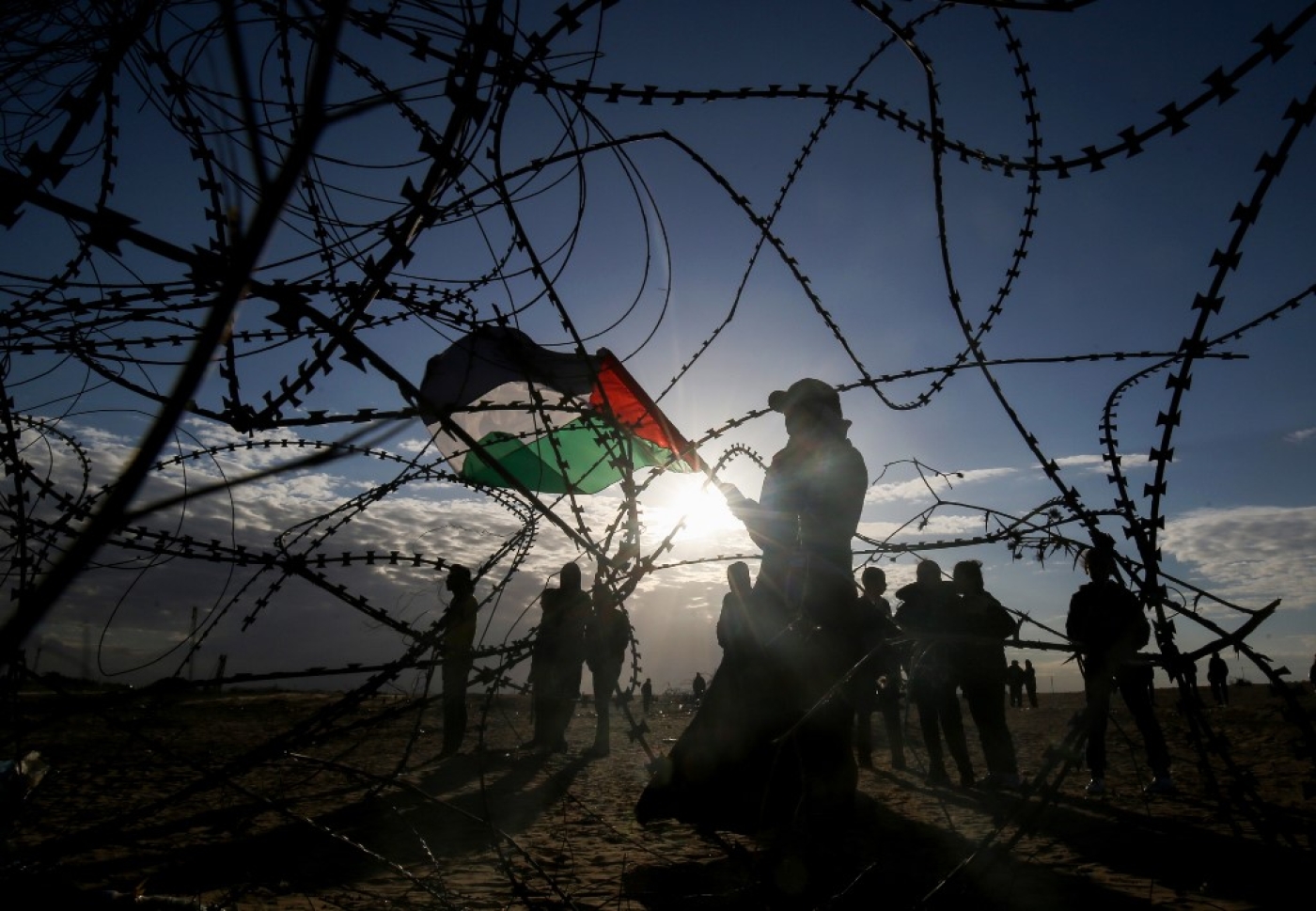 A decades-old slogan used by Palestinian resistance movements across the world has come under renewed criticism.

While pro-Israeli advocates insist that "From the river to the sea, Palestine will be free" is an anti-Jewish battle cry, those in the pro-Palestinian camp have argued that the phrase is anti-Zionist, not antisemitic.

The recent controversy began earlier this week when Congresswoman Rashida Tlaib retweeted a post made by Palestinian rights advocate Rasha Mubarak, who shared the slogan along with a political poster for the UN's International Day of Solidarity with the Palestinian People.

From the river to the sea, Palestine will be free 🇵🇸🕊

Tlaib deleted the retweet not long after, sharing another post with the same image that said in part: "From Detroit to Gaza, we will always fight against oppression and inequality".

But the temporary retweet sparked outrage among pro-Israel advocates, with critics saying her support for such a slogan was proof of "antisemitic" sentiment.

"@RashidaTlaib is not just opposed to Israeli control of the West Bank — this slogan means she sees the entire State of Israel as illegitimate and wants it eliminated. That’s an immoral and reprehensible position," tweeted the Democratic Majority for Israel (DMI), sharing a screenshot of Tlaib's retweet.

The DMFI tweet, which seemed to be the first share of the screenshot, sparked a debate, with some supporting and others criticising their position.

'Apartheid from the river to the sea'

Ahmad Abuznaid, executive director of the US Campaign for Palestinian Rights tweeted that the "truly immoral & reprehensible position" was that held by Israel.

"Israel controls the lives of millions of Palestinian people to whom it offers no civil/human rights. Jewish people living in the same areas DO get those civil/human rights from Israel," he said, sharing DMFI's post. "Just change 'eliminated' into 'transformed into a non-racist state', & this would be an honest characterization of her position," Baddar said in response to the post.

"Also, why is the Israeli government's position (apartheid from the river to the sea) rarely condemned in such terms?"

Meanwhile, the American Jewish Committee (AJC) and Marco Rubio, a Republican Senator from the state of Florida, voiced criticism against Tlaib for her retweet.

"If GOP member of Congress attends event by white supremacists we would condemn them & you would hear about it all day on the news. But democrat members of Congress attended an event with jihadist financiers held by a Hamas linked anti-Semitic group & media largely ignores it," Rubio said.

'The phrase is provocative because it's maximalist… it's not about occupation, it's about the Nakba'

It was not clear what specific event specifically Rubio was referring to, but the post coincided with the United Nations' International Palestine Solidarity Day, an occasion to voice support for the Palestinians' struggle, internationally.

Parliamentarians and prominent human rights advocates around the world observed the day of solidarity with messages of support for Palestinians earlier this week.

Rubio's office did not respond to MEE's request for comment.

Tlaib has yet to comment on the criticism, which is the latest episode in an ongoing campaign to paint her as antisemitic.

It is not the first time the slogan has caused an uproar. In 2018, Marc Lamont Hill was fired from his punditry position at CNN after including the saying in a speech he delivered during a special Palestinian rights committee meeting at the UN in observance of the International Day of Solidarity With the Palestinian People. 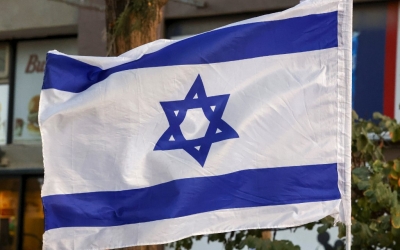 After the event, Hill was slammed as an antisemite for repeating the slogan, which has been used by Palestinian movements around the world since at least the 1960s.

Among Palestinian activists, the slogan is a fitting one for the day of solidarity, as it commemorates the UN General Assembly's vote on 29 November 1947 to partition Palestine into one Jewish and one Arab state.

"From the river to the sea" describes the boundaries of historic Palestine, including Israel and the Palestinian territories. "The river" refers to the Jordan River, which flows to the east of Palestine. "The sea" is to the Mediterranean Sea to the west.

But Palestinian advocates have stressed that the slogan refers the political and geographic landscape of Palestine and Israel, not the ethnic or religious religious one.

As it is, the Israeli government controls all the people within those geographical boundaries - with Palestinians under varrying degrees of oppression, from facing discrimination as citizens of Israel to living without political rights under occupation in the West Bank in a system that experts say is a form of apartheid.

"The phrase is provocative because it's maximalist… it's not about occupation, it's about the Nakba," Rabbi Alissa Wise, deputy director at Jewish Voice for Peace, told MEE.

While most of the status quo relies on 1967 lines to divide up historic Palestine into two states, the "from the river to the sea" slogan recalls the land of Palestine before the 1948 creation of Israel, when Jews, Muslims and Christians lived under British colonial rule.

JVP has long condemned the antisemitic accusations over the slogan, taking out full-page newspaper ads in support of Hill following his 2018 sacking. Wise said conflating anti-Zionism, which is a belief against the idea of an exclusively Jewish state, to antisemitism, essentially the hatred of the Jewish people, is "outrageous".

"Frustration is a mild term; it's outrageous because part of what it does is liken all of Judaism with Zionism, which is extremely damaging," Wise said. "What it also does is limit our ability to combat actual violent antisemitism, whether it's white nationalist antisemitism or the kind of Christian antisemitism like those of Pastor John Hagee."

Conflating the two is "a prime strategy of those that seek to defend the status quo of Israel domination of Palestinian life", she said.

Wise said that the anger over "from the river to the sea" has a lot more to do "with the person hearing the phrase, than the person saying it most of the time".

"What I mean by that, is in order to hear that phrase and have it feel antisemitic, what's happening in the ears of those who are hearing it is a deeply Islamophobic idea that Palestinians are murderous and are going to 'throw Jews into the sea'," she said, referring to a slogan believed to have been popularised as a fear tactic following the 1967 war.

"That idea is put into the phrase by the people who hold those beliefs," she said. "It's not intrinsic." 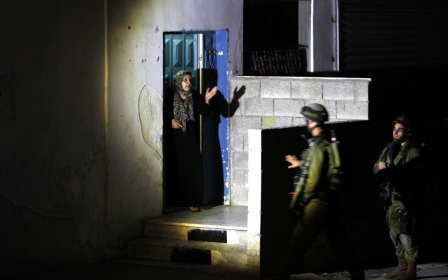 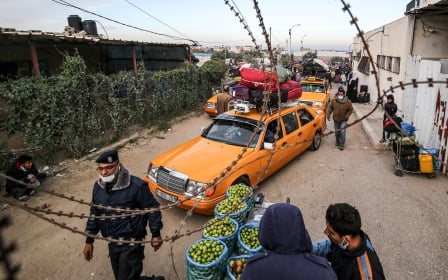